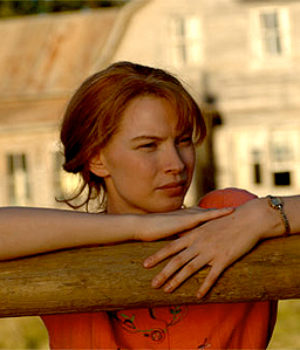 In adapting the enduring and at times controversial Canadian classic The Stone Angel, Kari Skogland opens herself up to half-baked criticism from every Canadian 12th-grader who was exposed at a tender age to that tribute to romantic love, unfettered sexuality and independence of spirit – Hagar Shipley. For the most part, the prolific Skogland manages her daunting task with professional skill and integrity of purpose, and brings the complex character of Hagar to life with not one but two great performances: the newcomer Christine Horne, who plays the youthful version, and the Oscar-winning American actress Ellen Burstyn (Alice Doesn’t Live Here Anymore) as the middle-aged and 90-year-old version.

She has two sons by him who she treats very differently – in her mind only one is a “true” Currie, the other merely a Shipley. The marriage doesn’t last and ultimately it is the unloved son Marvin (Dylan Baker) and his unhappy wife (Shelia McCarthy) who have the burden to care for this cantankerous old woman. They try to place her in a nursing 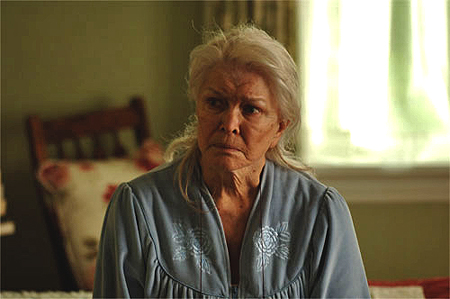 home, but she escapes and makes it to a lakeside cabin of her happier days where the film takes place in real time as Hagar comes across a pair of young lovers and relives her past in lengthy flashbacks.

Despite – or because of – Skogland’s respectful treatment, The Stone Angel lacks the necessary emotional punch of a successful theatrical feature. Granted Christine Horne is beguiling, and Burstyn brings 50 years of serious acting chops to the “holy terror” of Canadian literature who is every bit as iconic as that red head from P.E.I. The rest of the cast is equally solid, including an appearance by Ellen Page (Juno), the latest Hollywood It girl. And the film looks good thanks to the cinematography of Bobby Bukowski and the production values are first rate; however, its major flaw is in its inelegant and jarring cuts from one part of Hagar’s long life to another. The narrative flow is choppy and unsatisfying as Skogland tries to fit the 400-page novel into two hours of running time.

By doing so, she forfeits a strong emotional through line. A television mini-series spread out over a couple of nights might have been a better vehicle for such complex and richly nuanced material.

Also see: The Cast & Crew of The Stone Angel.

Walk All Over Me – Review