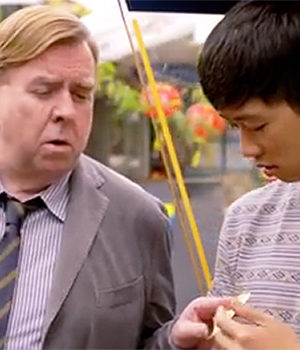 (October 26, 2015 – Ottawa, Ontario) – The inaugural edition of the cross-border St.Lawrence International Film Festival wrapped last night with an awards ceremony. “As inaugural festival years go, I think we’ve just knocked it out of the park,” said Adam Paul, executive director and founder of the Festival. “Our programming this year so far exceeded what we thought was possible. Our attending filmmakers from around the world wowed our audiences with the depth of their work, their passion for their craft and their willingness to share, party and collaborate. We’re already started on our 2016 edition and hope to see this whole gang back here next year.”

The opening Gala on October 22nd was a 35th Anniversary Screening of The Blues Brothers. The screening was attended by Dan Aykroyd and was a benefit for the RCMP Foundation. The festival is an ambitious idea. Adam Paul calls its location “the fourth coast” referring to the river which gives the festival its name and marks the shared boundary between Canada and the United States. The festival featured an incredible 60+ screenings with over 25 features, 5 shorts programs and live performances in four cities in two countries for it’s debut. Under the theme “Beyond Borders” the Festival presented films from all over the world to screen at five 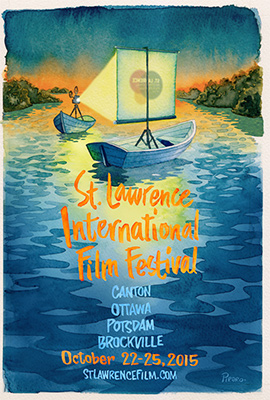 different venues. Playing on that, one of the 25 features that screened during the four day run was Wes Craven’s 1984 masterpiece Nightmare on Elm Street which screened on Elm Street in Potsdam, New York, the legendarily (and perhaps spuriously) inspiration for the film from Craven’s time as a professor at nearby Clarkson University.

“I couldn’t be more excited that The Sex Temple and Sucker are taking home our top prizes, and representing the international flavor of our festival,” said Bears Fonte, Director of Programming for the Festival. “They both capture our Beyond Borders theme in more than one way, showcasing stories that force people to reassess the boundaries of propriety, class, and legality. We are very proud that the filmmakers came from Sweden and London to share their films with us.”

Sucker, which won the had its North American Premiere at the festival. Written and Directed by Ben Chessell, it was co-written by its costar Lawrence Leung. Chinese-Australian Lawrence disappoints his family by cheating on his math exams, and failing to get into medical school. Banished to Melbourne for the summer, he falls in with a new family, a father-daughter con team, and they plot to swindle their way through the top poker game in town. The film costars Timothy Spall (Harry Potter) and Comedian Lawrence Leung from his own life and one man show.

Following is the complete list of awards handed out last night at the St.Lawrence International Film Festival: