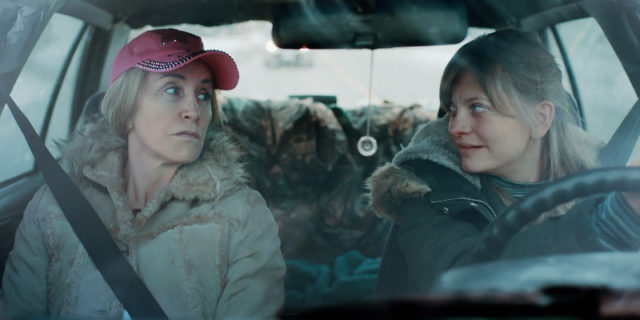 Tammy’s Always Dying on May 1
by Staff

(April 2, 2020 – Toronto, ON) As the closure of cinemas across Canada continues during the COVID-19 pandemic, more and more movies are finding ways to reach a paying audience. Acute Media, the company behind Amy Jo Johnson’s Tammy’s Always Dying joins others in opting for a Pay-per-View model. Beginning May 1st the feature, which stars Felicity Huffman, will be available for rental and purchase through On Demand and various Digital sources including these Canadian platforms: Rogers, Bell, Telus, Shaw, Sasktel, Cogeco, iTunes, Sony Playstation, MTS, Microsoft Video and Google Sony.

Tammy’s Always Dying, which premiered at the 2019 Toronto Film Festival, is a dark comedy based on a script by Joanne Sarazen. Huffman portrays Tammy, a charismatic, yet self-destructive mother to 35-year-old Catherine, played by Anastasia Phillips, whose role as a caregiver changes when Tammy is diagnosed with terminal cancer. Catherine eventually recruits a talk show agent to help profit from her mother’s miserable life story. But as Tammy’s death becomes her daughter’s only way out, one problem stands in her way: Tammy just won’t die.