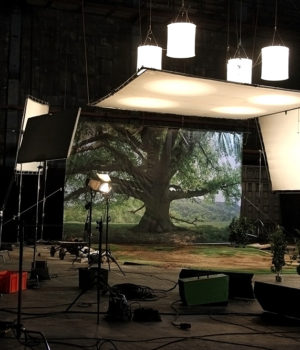 (July 26, 2017 – Montréal, Québec) Telefilm Canada has announced financing details of four French-language feature films, each with with a budget of $2.5 million or less. Telefilm’s investment totals $1.5 million started across the four films announced earlier this week.

Two of the four are directed, written and produced by women: Les Nôtres, by Jeanne Leblanc, and Le Sucre naturel de la peau, by Renée Beaulieu. Helming the other films are Éric Morin, who is directing a feature titled Gold, and Jocelyn Forgues, who is directing Noël en boîte, a French-language film being produced by Sarah Fodey of Ontario.

“Telefilm has committed to ensuring gender parity in the key roles of directing, producing and screenwriting by 2020, while still offering solid support to a diverse slate of projects and to emerging talent,” said Carolle Brabant, Executive Director of Telefilm Canada. “Today’s announcement highlights young, dynamic production companies, and fully reflects this policy direction.”

Les Nôtres is produced by Marie-Hélène Panisset and is written by Judith Baribeau. The production company is Les Films de l’Hydre. This is Jeanne Leblanc’s first feature and tells the story of Magalie, who is 13 and pregnant. Fingers are pointed at Manuel, a teen of Mexican origin who lives with a foster family headed by the town’s mayor. But the carefully maintained social veneer soon begins to crack, bringing to light a number of family dramas.

Le Sucre naturel de la peau is the second feature from director Renée Beaulieu, who previously gave us Le Garagiste. Beaulieu also acts as producer and screenwriter. The film centres on Marie-Claire, 45, undertakes scientific research on the link between skin cells and sexuality. When her friend and head of the department, Alexandre, is charned with sexual assault by a female student, Marie-Claire begins to question her own sexual life, sexuality in general and her role as a parent

Éric Morin is the writer/director behind Gold for Parce Que Films. David Pierrat is producing. Marianne, a musician who has worked mainly in Europe, returns to her hometown 10 years after a mining disaster claimed the lives of 68 people, among them her parents. She reunites with her family and joins a rock band, Gold, led by two childhood friends. One of the two band members was her first love, while the other was the sole survivor of the mining disaster. Marianne isn’t the only person for whom the 10th anniversary opens old wounds. This is Éric Morin’s second feature, his first was Chasse au Godard d‘Abbittibbi.

Noël en boîte is a first feature for writer/director, Jocelyn Forgues. Sarah Fodey is producing for SandBay Entertainment. Sophie, a U.S. TV star, finds out shortly before Christmas that she is the subject of compromising photos. Under the pretext of granting the photographer an exclusive interview in exchange for the pictures, the young woman invites him to spend Christmas at her aunt’s in northern Ontario. Will Sophie successfully come to terms with her painful past?

As these films are still in production, no release dates or distribution agreements were announced.