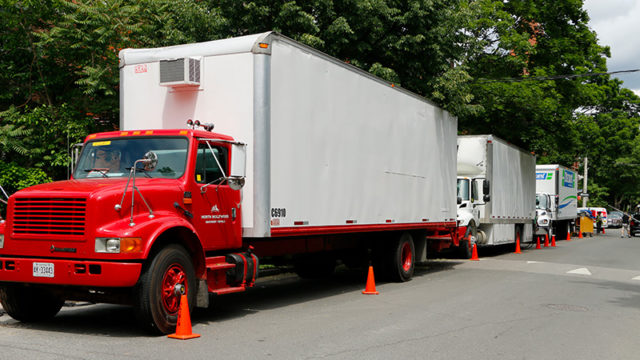 (June 27, 2019 – Toronto/ Montréal) Telefilm Canada has announced an investment of more than $4 million in feature films by writers, directors and producers from Indigenous communities. Highly diverse in terms of genre, this selection of eight projects is also notable for near gender parity, with three projects helmed by women. Also of note, one of the films will be shot in French (a first for the Indigenous production stream), and two of the projects feature a mix of Indigenous languages, as well as English. Three of the films were recently announced under the Talent to Watch Program.

“Supporting the incredible talent of Canada’s Indigenous communities continues to be an important priority for Telefilm,” said Christa Dickenson, Executive Director, Telefilm Canada. “In this International Year of Indigenous Languages, we are proud to support works in Mi’kmaq and Inuktitut. The selected projects will bring to light new voices and perspectives key to building our cinema of tomorrow.”   As part of its 2020 objective, Telefilm

Canada has earmarked $4 million a year, across all its programs, to fund projects by Canadian filmmakers from Indigenous communities nationwide. The projects are assessed by an external all-Indigenous jury.

“The jury was blown away by the strength and diversity of applications to the Indigenous stream,” stated the group of Indigenous peer assessors tasked with reviewing the applications. “From documentary web series to irreverent comedy, horror, and social drama, the next wave of Indigenous cinema is exploding beyond the boundaries of genre. And with production taking place from Nunavut to BC, Manitoba, Quebec and Nova Scotia, in languages as diverse as Inuktitut, Mi’kmaq, English and French, it’s clear that Indigenous cinema is giving life to our stories all across the country.”

The selected projects include:

Northernstars will research these filmmakers and we look forward to adding their filmographies to the website as soon as possible.