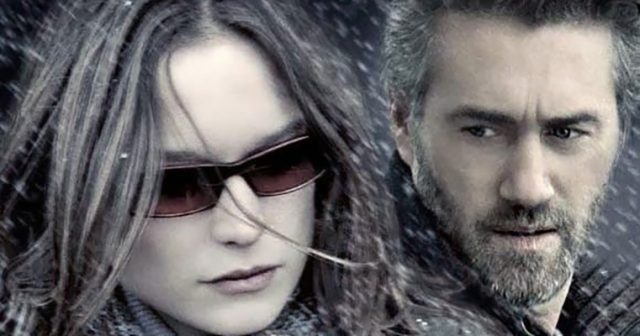 That Beautiful Somewhere is a movie in search of a plot. The setting is somewhere in Northern Ontario, and police detective Conk Adams is called into a cold case when a body is discovered in a bog. Adams is a troubled man who apparently is suffering from post-traumatic stress syndrome. We learn that he served in Bosnia during the civil war and his vivid flashbacks to his bombing missions have left him with suicidal tendencies. 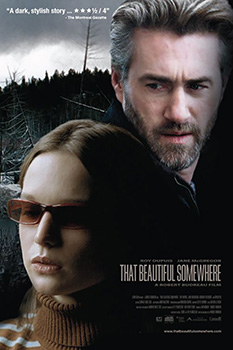 The local authorities are sensitive to the fact that the body was discovered on a First Nations reserve, so an archaeologist, or “bog expert,” is called in from the city to determine whether it is a recent murder victim or something more sinister. Catherine Nyland is another troubled soul. She suffers from an acute form of migraine headaches that leave her suicidal, but she is drawn to the case because she believes some bogs have curative power.

These two damaged individuals form a bond of sorts as they try to discover the true identity of the body, and why it ended up in the bog. Clues lead them to an ancient healing ritual, which can only be revealed by Harold, a First Nations elder. He knows the secret of the bog but is reluctantly to share it with others.

Roy Dupuis, who plays Conk, is, without a doubt, one of Québec’s finest film actors. A two-time Genie Award winner for The Rocket and Looking for Alexander, he commands the screen with his soulful good looks and expressive grey eyes. He brings gravitas to the role and elevates an otherwise melodramatic, obscure script. Jane McGregor, as Catherine, on the other hand, is out of her depth and miscast. The script has her playing a tough, expert archaeologist, but her slight, fragile beauty puts her at odds with her character. She is dominated by Dupuis in her scenes with him and there is no spark between the two, even though the script calls for them to fall in love. Gordon Tootoosis, as Harold, is stuck in the role of “noble savage” with ancient knowledge of the bog that could heal Catherine of her migraine attacks

That Beautiful Somewhere looks good in a Group of Seven sort of way. Director of photography Andrew Watt finds beauty in the bog, the snowy landscape, even the slimy black body that comes out of the murky waters. Director Robert Budreau, however, is working from a script – his own, based on the novel Loon by A.W. Plumstead – that lacks focus, and he flirts dangerously with material that could easily slip into unintentional parody. Only the great Dupuis saves this muddle from the dustbin.

Also see: The Cast & Crew of That Beautiful Somewhere.

This review was written for Northernstars by Wyndham Wise when he was Contributing Editor. It is Copyright © 2006 by Northernstars.ca.

The Colour of Ink