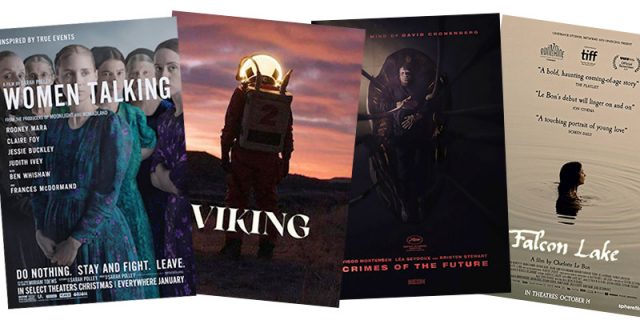 The Best in Canadian Cinema 2022
by Thom Ernst – Film Correspondent

(January 1, 2023 – Toronto, ON) Any ‘best-of’ list is an incomplete list. And this Best of Canadian Cinema of 2022 is no exception. The year just ended saw two releases from notable Canadian directors David Cronenberg and Sarah Polley. Other areas where Canadian film exceeds (as always) are in documentaries. Four documentaries appear on this list…and there is plenty of room for more. Indigenous films continue to gain tremendous momentum. Though there is only one Indigenous title on my top ten list, movies like Rosie and Ever Deadly continue a tradition of magnificent storytelling.

Regardless of the titles listed here; 2022 has sprouted a great many films coming out of the COVID era. The ones mentioned are films that, for reasons I hope I convey in a line or two, stand out as memorable. 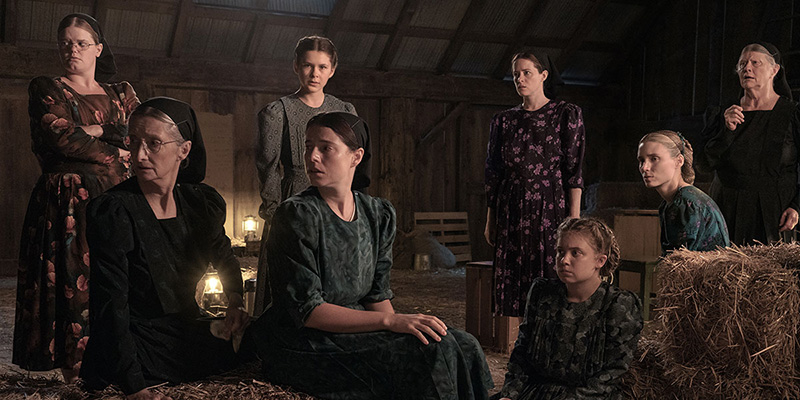 1. Women Talking. Sarah Polley’s Women Talking leads the conversation on great Canadian cinema. Based on a story by Miriam Toews, Polley recreates a dramatic engagement between a group of women from a religious sect deciding their best response to a growing epidemic of midnight raids on the commune’s young women. As a friend recently commented to me: “Any film that has Frances McDormand in is already a win”. Polley’s film has McDormand and so many more to make this movie one of the year’s best, Canadian or otherwise. 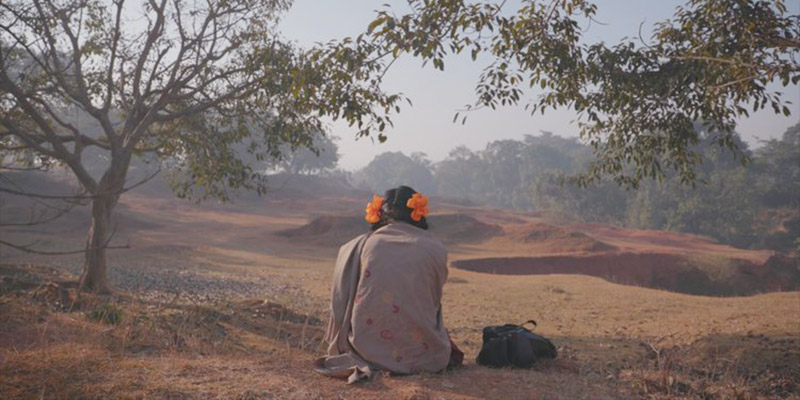 2. To Kill a Tiger. Director Nisha Pahuja has been digging into the social and economic influences of a culture that has been her birthright since she began making films. But none of those films strikes against an indisputable (and surprisingly archaic) atrocity with such focus and humanity as in To Kill a Tiger. Once revealed, even the significance of the film’s title resonates with a kind of mind-bending ultimate truth. The film is about a young girl who is brutally attacked by members of her community. In turn, the community falls into a tradition of self-policing which means settling the score without outside influences including intrusive human-rights advocates. Challenging the status quo proves not just frustrating but dangerous—as in life-threatening—for both subjects and filmmakers. A remarkable story of tenacity told with courtroom drama suspense. 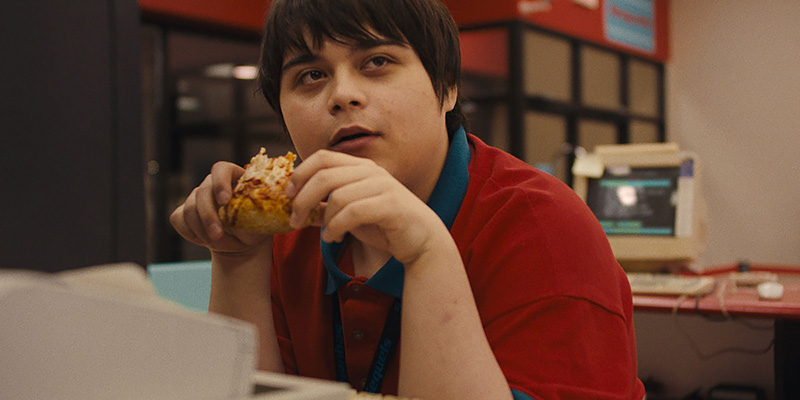 3. I Like Movies. In a misguided presumption, I chalked up director Chandler Levak’s I Like Movies as potentially suffering from an inside the love of the movie preciousness. But Levak isn’t navel gazing. She does so much more than the title suggests in creating Lawrence Kweller (masterfully realized by Isaiah Lehtinen), a movie-obsessed teenager who lands a job at a local video store. Kweller is something of a social outcast who manages to alienate nearly everyone. But his manner is neither malicious nor off-putting beyond the annoying conviction of his superior taste. This is Levak’s first feature, and it sets expectations for more remarkable works ahead. 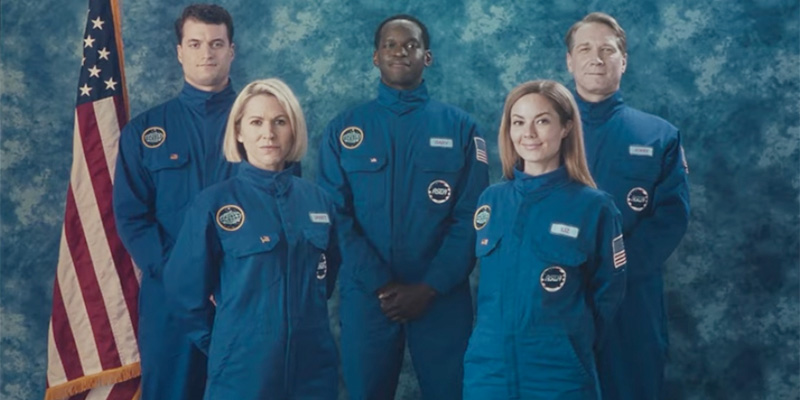 4. Viking. Check out that other movie database, and Stéphane Lafleur’s film Viking is listed as a drama/science-fiction. That is not wrong, just not entirely the whole story. Viking is also a comedy, best described as satire. This story of a group of volunteer researchers posing as astronauts to simulate the experience of real astronauts whose mission control has purportedly lost contact. It’s a scripted version of Big Brother without the petty games of vanity and sexual politics.

5. Stay the Night. This love letter to Toronto takes its cues (although with far more comedic leeway) from Before Sunrise and Before Sunset. Director Renuka Jeyapalan populates the film with every attractive person in Toronto (myself excluded) to make this romantic comedy about love in a big city the charming and engaging experience it is. Grace (Andrea Bang) breaks a non-existent romantic streak by allowing herself to be careless and dare to engage in a one-night stand. She meets a bad-boy hockey player awaiting to hear if he is about to be downgraded in a trade. Circumstances send the two on an all-night excursion along the Toronto streets. Jeyapalan infuses the script with intelligent and funny dialogue and a hamburger scene to outdo the “I’ll have what she’s having” scene from When Harry Met Sally.

6. Revival69: The Concert that Rocked the World. Director Ron Chapman, a man who’s as much of a force as any person who takes the stage in this rock music documentary, brings to the forefront a Toronto rock concert that should have been the best music event of the decade. Chapman rounds up a few key players, musicians, programmers, journalists, and concertgoers to relive the story of how a concert that seems so historically essential now, featuring Chuck Berry, Getty Lee, Alice Cooper, and John Lennon, could go ignored by the press. Great music. Great story. One of the best music concert documentaries to finally get its due recognition on screen. 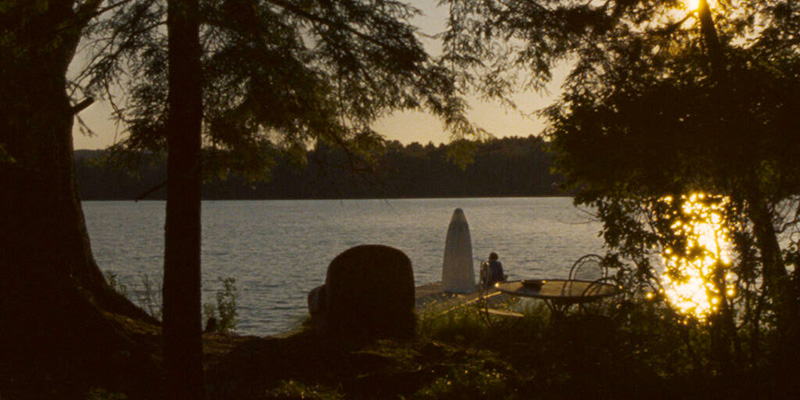 7. Falcon Lake. The full impact of Falcon Lake didn’t hit me immediately, perhaps because of the film’s subtle persuasions. Still, director Charlotte Le Bon’s contemporary take on a gothic ghost story has a lasting and haunting effect. The story is misleadingly simple: Bastian is a young boy (played with almost inconceivable awareness by Joseph Engel) who forms a unique bond with an older girl with who he ends up sharing a room (along with his younger brother) at a summer cottage. The film detours from the expectations to reflect on something far more moving, relevant, and memorable than a traditional coming-of-age story.

8. Crimes of the Future. I did not, and do not, like Crimes of the Future. So why is it on the top of the best of Canadian films 2022 list? Because despite being flummoxed by the film’s intentional coldness, and the removal of almost any tangible human emotion, the film resonates with anarchistic relevance. And visually, it hits the mark…at least the marking director Cronenberg intends to hit. Dystopic, blandly comedic, and intellectually frustrating. To love this movie is to understand it on a level that not everyone (me included) can achieve.

9. The Colour of Ink. Full disclosure. I think of director Brian D. Johnson as a colleague and friend. And yet, the idea of a film about ink would be like…well, watching ink dry. But Johnson has found a narrative, mainly through the remarkable people he finds to talk with, that engages and fascinates. Proof that passion, particularly in the visual arts, is never more than absorbing. The Colour of Ink. 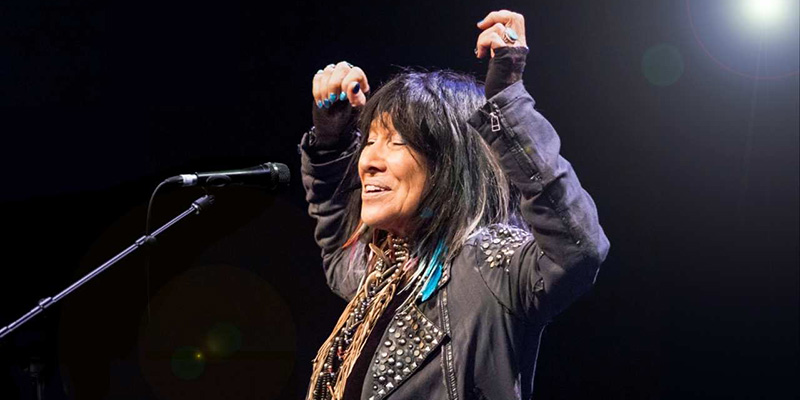