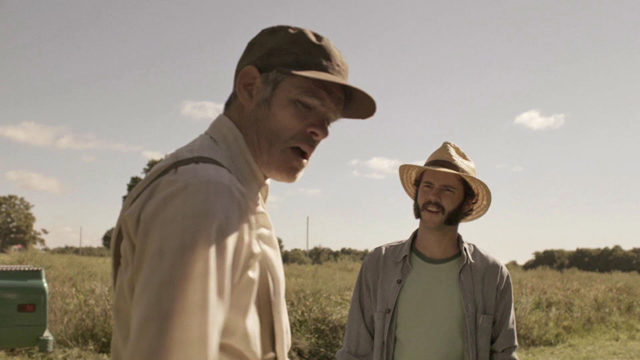 (October 19, 2018 – Toronto, ON) These days you talk about hit Canadian plays and invariably someone will mention Come From Away. Once upon a time, a long, long time ago, people would talk about Canadian composer Galt MacDermot’s music in the stage musical Hair. About 20 years ago there was a small play with a small cast handling a not so small story. It was written by renowned playwright Michael Healey and it was called The Drawer Boy. It is one of the most popular plays in Canada and the United States and has won awards just about everywhere. Last year it was finally turned into a film and it will open late next month in Toronto, then Calgary and hopefully go on from there.

Produced by Open City Works, The Drawer Boy has been picked up by Highball.TV, a streaming service that continues to expand its slate of award-winning films.  Highball.TV recently acquired the Worldwide Digital and the Canadian Theatrical rights.

In a media release, Highball.TV principals Melissa D’Agostino and Matthew Campagna stated, “We are thrilled to be bringing this seminal Canadian story to theatres in Canada, and to film-lovers around the world on Highball.TV. The Drawer Boy is a beautifully executed, haunting 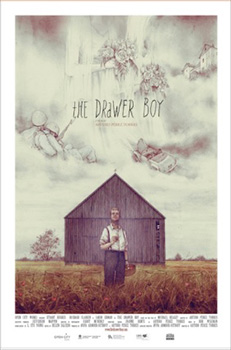 film with incredible performances. We’re delighted to be giving this film and these filmmakers the platform they deserve.”

The story is set in 1972 in rural Ontario. Angus and Morgan have been living alone on their farm since a World War II injury left Angus with no short-term memory. Miles, a young actor from Toronto, shows up to stay with the two farmers in order to gather stories and make up a play about farming. Through his exploration of the farmers’ past, Angus’ memory is unlocked, and secrets are exposed.

Under the Highball.TV banner, The Drawer Boy will begin its Canadian theatrical run on Friday, November 23, 2018, in Toronto, at the Carlton Cinema (20 Carlton Street), followed by Calgary on Friday, November 30, 2018, at the Globe Cinema (617 8 Avenue SW).

Click here to watch a trailer and for more about The Drawer Boy.