Home News The Future of Television 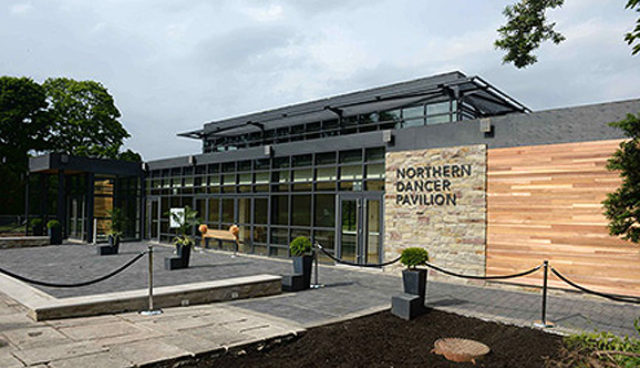 (May 31, 2016 – Toronto, ON) Okay, we admit it, the headline is a little overblown. This isn’t exactly the future of television, but it could be the future of some TV thanks to the Canadian Film Centre (CFC) and Entertainment One. Yesterday they announced that Angela Misri, Kat Sandler and Michael F. Stewart had been selected as the three creators to participate in the CFC / eOne TV Adaptation Lab.

“We are thrilled to have found three unique and exciting writer-creators, with compelling projects, for our inaugural lab: a dark millennial dramedy that pushes moral boundaries, a serialized procedural set in the world of underground hacking, a period crime drama with an exciting spin on a classic format,” said Jocelyn Hamilton, President, Canada, eOne Television. “Through our partnership with the CFC, we set off to accelerate the development of great television content creation in Canada and ultimately bring three world-class projects to life. We are very pleased to be well on our way with three talented writers who, while new totelevision writing, are established within their respective mediums, and three projects that have so much potential to breakthrough on television.”

Angela Misri is a Toronto-based author and award-winning digital journalist. She spent 14 years as a producer for CBC Radio and is now a freelance journalist, reporting ondigital technology, podcasting, the Internet and women in technology. Misri is the author of three Portia Adams Adventures, a fan-favourite detective series: Jewel of the Thames, Thrice Burned, and No Matter How Improbable. She is an avid Sherlockian, and has spoken at Word on the Street, Prose in the Park, The Festival of Literary Diversity and many other literary festivals and conferences.

Kat Sandler is a prolific playwright, director, and the Artistic Director of Theatre Brouhaha. Her plays have won multiple Best of Fringe Awards and the Summerworks Spotlight Award, and earned her rave reviews from the Toronto Star, the Globe and Mail, and NOW Magazine, where she was named 2015 Reader’s Choice for Best Playwright and Best Director. Sandler has written and staged 10 of her original plays in the last five years with Brouhaha, including Help Yourself, Punch Up, Delicacy, Liver, Cockfight, and Retreat. She was a member of the prestigious Tarragon Playwrights Unit in 2014, and her resulting play, Mustard, was produced there in February 2016.

Michael F. Stewart has written more than 20 graphic novels, non-fiction books, and novels, including the Assured Destruction trilogy, of which the second novel, Script Kiddie, won The Creation of Stories: Best YA Award at the inaugural Toronto International Book Fair. In 2015, he won the Claymore Award for his novel

The Boy Who Swallows Flies.

“We were very pleased with the response to this unique initiative when we launched the call for submissions last fall,” said Slawko Klymkiw, Chief Executive Officer, CFC. “The application process was highly competitive, drawing a large number of submissions covering a cross-spectrum of genres and projects that truly demonstrated the diverse and unique talent in this country. We look forward to the seeing the outcomes of the inaugural CFC / eOne TV Adaptation Lab and the work that the three participants produce.”

Throughout the three-month lab, the three creators will be afforded targeted access to keycreative industry professionals who will provide individualized guidance, support, and mentorship as they flesh out their creative strategies and increase their knowledge and skills in television writing throughout their project’s development. The CFC / eOne TV Adaptation Lab will culminate with the participants delivering pilot scripts and creative packages, with the opportunity to potentially secure a series deal with eOne, the world’s leading independent studio.

There is more information on the CFC / eOne TV Adaptation Lab online.