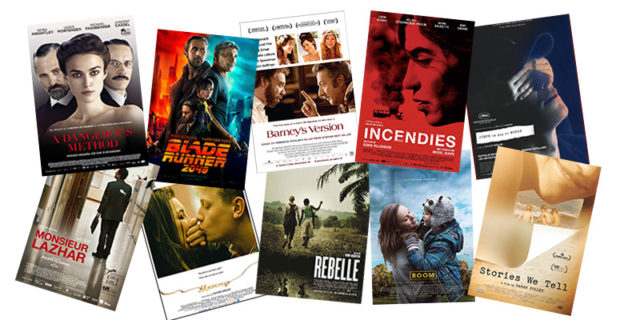 Regular contributors Maurie Alioff and Wyndham Wise prepared their own lists as did I. The only rule we used ten years ago was asking if the film was memorable. As I wrote back then, “Without consulting any previously published list, which 10 Canadian titles first come to mind when you think back over the past 10 years?”

Although we reference them in this article, my thinking was we should discard box office numbers and the number of awards won, and strictly determine our choices based on whether or not the film was memorable. If you can remember a film ten or nine or eight years later, that should be more important than anything else. For example, if Casablanca was on TCM this week, 78 years after it was released, no one would care if it made money or won any awards. There are people who can recite whole scenes, pages and pages of the screenplay for The Godfather. Its box office take and award count mean nothing compared to how it lives on in our memory. All of the films that made this final cut are highly memorable. They were also on at least two of the lists submitted. Many of them showed up on all the lists.

As we did 10 years ago our choices are listed in alphabetical order:

A Dangerous Method (2011)
This co-production (UK-Germany-Canada-Switzerland-USA) costarred Keira Knightley, Viggo Mortensen, Michael Fassbender, and Vincent Cassel. Directed by David Cronenberg, the screenplay was adapted by writer Christopher Hampton from his own 2002 stage play The Talking Cure, which itself was based on the 1993 non-fiction book by John Kerr, A Most Dangerous Method: The story of Jung, Freud, and Sabina Spielrein. A Dangerous Method premiered at the 68th Venice Film Festival and had its Canada/North American Premire at the 2011 Toronto International Film Festival. It won 15 awards, five of them Genie Awards (but not Best Picture) and five of them Directors Guild of Canada Awards including Best Feature Film and Best Director. It’s box office take was just shy of $27.5-million.

Barney’s Version (2010)
This film was on lists and off lists and made it to the final for a variety of reasons but mostly because of it being memorable for the fact it was the one novel by Mordecai Richler that everyone said could never be made into a film, while the novel itself was his last and some have said his best. It was also memorable for scenes including Dustin Hoffman and Paul Giamatti being totally politically incorrect just as political incorrectness was starting to come under fire. Nominated for the Golden Lion at the 67th Venice International Film Festival, it won 7 Genie Awards including Best Actor for Giamatti and Best Supporting Actor for Hoffman. Giamatti also took a Golden Globe home as Best Actor in a Comedy or Musical Film. It made a little under $9-million but reportedly cost about $30-million to make. It’s why we don’t use awards or box office info to select our 10 Best.

Blade Runner 2049 (2017)
This film also made it to the list for being highly memorable both visually and in terms of nerdy film stuff. The nerdy film stuff is that when the decade began no one would have bet money on a Québec director being chosen to direct the sequel to one of the best movies ever made. This also helps to illustrate my argument about “Memorable” being equally and possibly more important than box office or awards. Movies become classics years after they were first released and reach some higher unnamed special status decades later. Blade Runner had become a classic and getting to make Blade Runner 2049 was only going to go to a director in which Hollywood had absolute faith and that director is Denis Villeneuve. It’s on our list because it was a USA-UK-Hungary-Canada-Spain co-production. It brought in over $260-million dollars. Other Canadian content included the film’s star, Ryan Gosling and some of the special effects were provided by visual effects companies in Montréal. It took 4 months to shoot and didn’t win many awards but should become its own future classic in its own right, not because it is a sequel.

Incendies (2010)
This film is one of three that was up for consideration on all lists. It was also directed by Denis Villeneuve. It won 34 international awards and made a little over $16-million. The film tells the story of twins Jeanne and Simon Marwan who discover their father they thought dead is alive, and they have a brother they never knew existed. Adapted from Wajdi Mouawad’s acclaimed play. Incendies (Scorched) looks at the roots of all wars through two young adults’ personal voyage to the core of hatred and enduring love. Awards: Genies – Nominated for 10, won 8 including Best Picture, Best Director, Adapted Screenplay, Best Actress, Cinematography, Editing, Sound and Sound Editing. Jutras – Best Film, Director, Actress, Art Direction, Cinematography, Screenplay, Editing, Sound and Costume Design. 34 awards 10 nominations including a 2011 Oscar® Nomination for Best Foreign Language Film. Selected as Best Film by the Toronto Film Critics Association, Vancouver Film Critics Circle, Toronto International Film Festival, Vancouver International Film Festival, Atlantic Film Festival, Australian Film Critics Association and the Boston Society of Film Critics. The Montreal Gazette’s Brendan Kelly gave the film five stars and called it a “masterwork” and it is highly memorable a full decade after it was released.

Juste la fin du monde (2016, aka It’s Only the End of the World)
This is a special film from a special filmmaker. Xavier Dolan who, like Denis Villeneuve, has two films on our list, called this his “best yet” in 2016 when he went to Cannes for the third time. A France-Canada coproduction, the film was adapted by Dolan from the play by Jean-Luc Lagarce. The story revolves around a writer, Louis, 34-years-old who decides to return to his hometown after an absence of 12 years. He plans to tell his family of his upcoming death. The film had already won the Ecumenical Jury award at Cannes for its “human qualities that deal with the spiritual dimension.” Surprising most critics it went on to win the Grand Prix, which is second only to the coveted Palme d’Or. Canadian directors Denys Arcand and David Cronenberg have been honoured at Cannes, but Xavier Dolan became only the second Canadian, after Atom Egoyan, to be handed the Grand Prix. Juste la fin du monde made $9.2-million at the box office. Including the Cannes Grand Prix it won 17 awards including 6 Canadian Screen Awards (Best Picture, Best Director) and 5 Prix Iris, which had replaced the Jutra Awards. Dolan also picked up a coveted César in France as Best Director for his work on this film.

Mommy (2014)
Also by Xavier Dolan, Mommy is memorable for its story line about a single-parent who inherits custody of her teenage son who has ADHD and can often be impulsive and violent, and the people who inhabited those characters. It was one of three Canadian feature films to screen at the 2014 Cannes Film Festival. It swept the Canadian Screen Awards winning an incredible nine of the coveted trophies including Best Motion Picture and Best Director for Dolan. It won 10 Jutra Awards including Best Picture, Best Director, Best Actor, Best Actress and Best Supporting Actress. His 5th film as a Director, while all of his previous film’s pointed to a very special talent, Mommy solidified his grasp on the Québec film industry, confirming his “wunderkind” status, which was helped by Dolan sharing the Cannes Jury Prize with French filmmaker Jean-Luc Godard and winning a Best Foreign Film César as well. It reportedly made $13.1 million worldwide.

Monsieur Lazhar (2011)
This film was a favourite the day it opened; an immediate hit. Adapted from the play Bashir Lazhar by Évelyne de la Cheneliére, it was Canada’s official entry for Best Foreign Film at the 2012 Academy Awards. It won six Genie Awards in March of 2012 including Best Picture, Best Director, Best Adapted Screenplay, Best Actor, Best Supporting Actress and Best Editing. Produced by the same team behind Incendies (Luc Déry and Kim McGraw), in addition to a remarkable and touching piece of work from award-winning writer-director Philippe Falardeau, it also introduced us to the very young Sophie Nélisse launching her career. The film made about $6.5 million and was one of the three films that made it on all of our lists, guaranteeing it a place on our Top 10 of the ‘10s.

Rebelle (2012)
The story, briefly: “Somewhere in an outport in sub-Saharan Africa, Komona, a girl of twelve lives quietly with her parents. One day when the rebels arrive, they loot the village and Komona is captured then forced to kill her parents. At fourteen, she is pregnant and begins to tell her life story to the child she carries but does not want in her womb.” A stunning comment on a part of the world we live in, writer-director-co-producer Kim Nguyen’s tale of heartbreak at a very different level touched everyone who saw the film and became a witness to how some lives are lived in this so-called modern day. At the 2012 Tribeca Film Festival, Rebelle, or War Witch as it is titled in English, picked up the World Narrative Award and the Best Actress in a Narrative Feature for the young Congo native, Rachel Mwanza. After winning 10 Canadian Screen Awards on March 3rd, 2013, it went on it win 8 Jutra Awards in Quebec at the 15th annual Prix Jutra in Montréal. Shot in the Democratic Republic Of Congo, the film returned only a small fraction of its production budget.

Room (2015)
An Ireland-Canada co-production, Room is about a women who had been kidnapped and held in a shed for years. She now has a young son and this shed, this one room, is all he has ever known until one day they escape. Room was named Best International Independent Film at the Moët British Independent Film Awards in December, 2015. In 2016, Brie Larson won the Best Actress Academy Award® for her role as Ma in this film. Written by Emma Donoghue, who was born in Ireland but moved to Canada in 1998, Room won the Grolsch People’s Choice Award at the Toronto International Film Festival in September 2015. According to Box Office Mojo Room grossed a little over $35.4 million, just shy of 3 times its production budget. It’s also the film that launched the career of Jacob Tremblay.

Stories We Tell (2012)
The last film on our list, alphabetically, was the first on all the lists that helped guide our final decision. It is also the only documentary. Stories We Tell is a highly personal visual recounting about the family Sarah Polley grew up in, as told largely by that family in a film directed by Polley. Her 7th film and first faction film, the docu-drama works particularly well because of the scenes recreated using actors and seamlessly matched with the archival family footage Polley was using. It touched a chord with many in an era of blended families, the always shifting sands of love and lust, and the early days of people getting really interested in who they are and where they came from; Ancestry.com had launched in 1996. On January 8, 2013, Stories We Tell won the Toronto Film Critics Association’s Rogers Best Canadian Film Award, which includes a $100,000 cash prize. It recently ranked 26th on BBC’s 100 Greatest Films Directed by Women.

It is highly probably none of the people who participated in this our 2nd Top 10 of the Decade exercise will be around for the next one in 2030. That said, it is our collective hope that whoever is publishing Northernstars at that time keeps up this tradition if, our 2nd hope, there is still a Canadian film industry worth writing about. 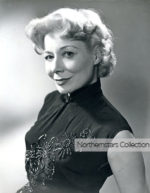 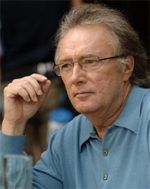 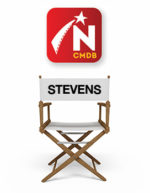 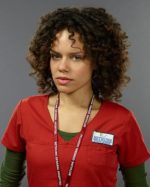