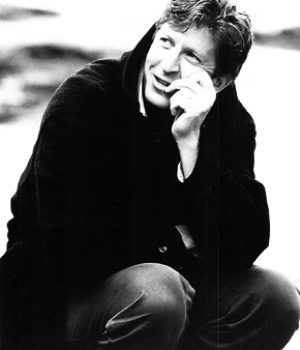 Robert Holmes Thomson’s career represents an unbroken string of success on television, film and on the stage. He first began acting while studying for his Bachelor of Science Degree at the University of Toronto. Upon graduation, he spent two years at the National Theatre School and a year at the London Academy of Music and Dramatic Arts before beginning his professional career in England and off-Broadway. He returned to Canada in 1974 and immediately began to build an enviable list of credits appearing in Claude Jutra’s Surfacing,Francis Mankiewicz’s Les Beaux Souvenirs and Ralph Thomas’ Ticket to Heaven, for which he won a Best Supporting Actor nomination in the 1982 Genie Awards. In Eric Till’s IfYou Could See What I Hear, Thomson portrayed the incorrigible, yet gentle Will Sly, which brought him a 1984 Genie Award. In 1989 he was given a Gemini as Best Lead Actor for his performance as Dr. Fred

Banting in the made-for-TV movie, Glory Enough For All. He also earned a Gemini nomination for his work on the television series Road To Avonlea and he received a Genie nomination for his performance as “Hal” in The Lotus Eaters, pictured above.

For his stage work, he earned a Dora Mavor Moore Award for his performance of Joseph Clout, M.P. in Hand To Hand in 1986, and in 1992, Thomson received the Toronto Drama Bench Award for his outstanding body of work. Four years later, in 1996, he was honoured by the National Theatre School with the Gascon-Thomas Award in recognition of his career and activism in the arts.

On stage he has performed as Marcus Antonius in Julius Caesar, Slender in The Merry Wives Of Windsor, and Mortimer in Mary Stuart at the prestigious Stratford Festival Theatre. He performed in the Canadian Stage Company productions of Molly Sweeny, Arcadia, Oleanna, Death And The Maiden, The Showoff and Yesteryear. He was also in Cherry Docs at Toronto`s Factory Theatre. Thomson was Artistic Director for the 1991/92 seasons of Harbourfront’s World Stage Festival, and has directed a number of plays including the Ship`s Company productions of The Fields Lately, Salt Water Moon and Tiger’s Heart. For the Neptune Theatre he directed Glengarry Glen Ross. He directed A Midsummer Night’s Dream for the Canadian Stage Company and Glenn, based on the life of Glenn Gould, for the Phoenix Theatre. Speaking of Glenn, he also played the title role in the play which was originally conceived by Necessary Angel Productions.

Title roles are nothing new to the talented and versatile R. H. Thomson. He played the title role of Cyrano De Bergerac in the National Arts Centre’s production; he was Hamlet for the Toronto Free Theatre; and he took the lead in the Toronto Workshop Production of The Jail Diary Of Albee Sachs. Not content to act and direct, R.H. Thomson wrote Lost Boys and acted in a production of his play at the Great Canadian Theatre Company in Ottawa.

A Member of the Order of Canada since 2010, R.H.Thomson was honoured by ACTRA Toronto in February of 2014 when he was presented with an Award of Excellence by fellow actor Eric Peterson.

This biography is Copyright © 2013 by Ralph Lucas and may not be reproduced without written permission. Click here for more information about copyright.