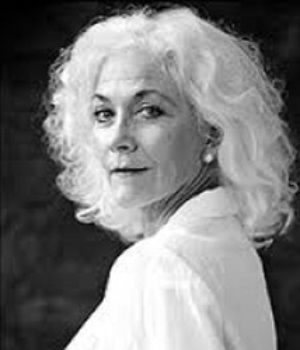 Linda Thorson started out in Toronto as Linda Robinson. She took a secretarial course after leaving school and then joined the family business. However much fun working in a family business can be, Linda`s stunning good looks prompted just about everyone to say she should at least try to get into acting. At 18 years old she moved to England to study at the Royal Academy of Dramatic Art. She graduated just before her 20th birthday with an honours diploma as well as a prize for best student in voice production. Linda Robinson also picked up a scholarship for singing and studied ballet and the piano. Somewhere along the way she met and married Barry Bergthorson at a very young age. As many such marriages do, things didn’t work out and when they parted she kept part of her new last name to use as a stage name. Linda Robinson became Linda Thorson.

While years of study, scholarships and hard work eventually bring reward for many in the acting profession, there are just as many who will put their success down to simply being in the right place at the right time. While taking nothing away from Thorson`s talent, such was the case when she got her first break. The hit British television series The Avengers was looking for a new sidekick for 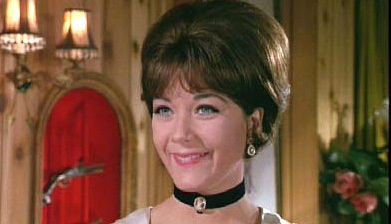 crimefighter John Steed, played by Patrick McNee. The popular Diana Rigg had departed for the big screen. More than 200 people auditioned for the role of Tara King but Linda Thorson, just 21 years old, and far from home was signed on October 19 1967. From that break she has never looked back. Trivia buffs will know she is the only actress to costar on The Avengers who did not go on to be a Bond girl, not that that seemed to bother Thorson. More trivia? The last Tara King episode of The Avengers was titled All Done With Mirrors.

She has extensive theatre, film and television credits in Canada, England and the United States. In England she first appeared on stage in 1971, starring alongside Michael Crawford and Anthony Valentine in the London West End hit show No Sex Please, We’re British and later appeared in A Midsummer Night`s Dream as Titania at the Open Air Theatre, Regents Park, London. In the United States she won the Theatre World Award for her Broadway role in Steaming, one of five appearances on Broadway. More recently Thorson played Hester Salomon in a UK tour of Equus. In the summer of 2008, she appeared at the Open Air Theatre, Regent`s Park in the Lerner & Loewe musical, Gigi.

This biography is Copyright © by Northernstars.ca and may not be used without obtaining prior written approval. To learn more about copyright, click here.