(July 22, 2021 – Toronto, ON) Joana Vicente and Cameron Bailey, Co-Heads of TIFF, have announced that award-winning documentary filmmaker, writer, singer, and activist Alanis Obomsawin will be honoured with the Jeff Skoll Award in Impact Media at this year’s TIFF Tribute Awards and Academy Award®–nominated French Canadian filmmaker Denis Villeneuve will receive the TIFF Ebert Director Award. The 2021 TIFF Tribute Awards will take place during the 46th edition of the Toronto International Film Festival.

“This year more than ever, TIFF is delighted to come together and celebrate leading industry talent with the 2021 TIFF Tribute Awards,” said Joana Vicente, Executive Director and Co-Head, TIFF. “An exciting highlight of the Festival is a career retrospective of one of the most acclaimed Indigenous directors in the world, Alanis Obomsawin, entitled Celebrating Alanis. The Jeff Skoll Award in Impact Media recognizes leadership in creating a union between social impact and cinema. As a gifted documentary filmmaker and impassioned storyteller, Alanis brings awareness to vital Indigenous issues and is widely recognized as a national treasure because of her extraordinary body of work. What is truly beautiful is that this year, we are celebrating two incredible filmmakers, both of whom have deep personal ties to this country and have contributed to our cinematic landscape in very unique ways.”

“The TIFF Ebert Director Award recognizes filmmakers who have exemplified greatness in their career,” stated Cameron Bailey, Artistic Director and Co-Head, TIFF. “Denis Villeneuve’s many films, including Blade Runner 2049, Arrival, Sicario, Enemy, Prisoners, and Incendies, to name a few, and his upcoming epic adaptation of the seminal novel Dune, which he directed, co-wrote, and produced, are a testament to Denis’ boundless ability for authentic, passionate storytelling. There is no question Denis is an accomplished and outstanding filmmaker. He has a wonderful body of work and operates at an incredible level of excellence on the world stage. Over the years, Denis has brought many of his films to TIFF, so we feel a special closeness to him. It is wonderful to be celebrating his career at this time.”

The TIFF Tribute Awards honour the film industry’s outstanding contributors and their achievements, recognizing leading industry members, acting talent, directorial expertise, new talent, and a below-the-line artist and creator. The Awards also serve as TIFF’s largest annual fundraiser to support TIFF’s year-round programmes and core mission to transform the way people see the world through film. This year’s event will raise funds for TIFF’s diversity, equity and inclusion initiative and champion a safe, community-focused and inspiring return to cinemas. The 2021 TIFF Tribute Awards will be co-produced by Bell Media Studios and, for the second straight year, will be broadcast nationally by CTV and streamed internationally by Variety.

A member of the Abenaki Nation and one of Canada’s most distinguished filmmakers, Alanis Obomsawin is a filmmaker and producer at the National Film Board of Canada, where she has worked since 1967. On December 10, 2020, Obomsawin received the Rogers-DOC Luminary Award at the DOC Institute Honours, which is given to an individual who embodies the creative spirit of the Canadian documentary tradition and displays generosity by supporting the next generation of doc makers through mentorship. In October, she received the Glenn Gould Prize, as chosen by an international jury. Obomsawin’s 2019 production Jordan River Anderson, The Messenger was her 52nd film, completed in the 52nd year of a legendary filmmaking career devoted to chronicling the lives and concerns of First Nations people and exploring issues of importance to all. On June 27, 2019, Obomsawin was named a Companion of the Order of Canada — its highest honour. In Fall 2021, the retrospective Alanis Obomsawin: Lifework will be presented at the Haus der Kulturen der Welt in Berlin. 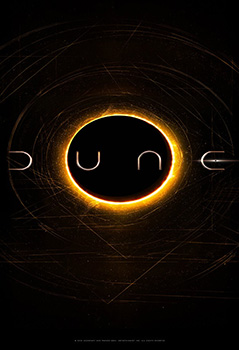 In 2020 the TIFF Tribute Awards celebrated the remarkable talents and contributions of Mira Nair, Sir Anthony Hopkins, Kate Winslet, Chloé Zhao, Terence Blanchard and Tracey Deer, some of whom went on to win awards on the international stage — such as Zhao (Nomadland), Deer (Beans), and Hopkins (The Father). Meryl Streep, Taika Waititi, Mati Diop, Joaquin Phoenix, and Roger Deakins were celebrated during the Awards’ inaugural event in 2019. More information on the 2021 TIFF Tribute Awards event and this year’s honourees to follow in the coming weeks.

The festival also announced that with the federal government’s decision to open the border in August, they will be adding the Scotiabank Theatre Toronto for the first five days of the festival to its list of in-person venues to accommodate a select number of additional public asa well as Press & Industry screenings.