(August 10, 2017 – Toronto, ON) One of the highlights for film festival-goers is the chance to be at a Gala premiere when the stars show up to support their latest movie. Now, imagine a gala to launch an entire section of a film festival and a large hotel ballroom packed with actors, directors, screenwriters and producers who have shown up to celebrate each other and to show their support for a film festival that has always played a special role in the Canadian film industry and a direct role in their careers.

Yesterday was the day The Toronto International Film Festival (TIFF) unveiled its 2017 Canadian program. It started with a parade down the Red Carpet that turned out to be, as always, a perfect mixture of chaos and joy for the eager media reporters and photographers hoping to record this little bit of madness. Having a chance to talk with Ingrid Veninger, Noah Reid, Nicholas Campbell, Alanis Obansawin, Andrea Bang, Adam MacDonald and TIFF boss Piers Handling, to drop only a few names, is always fun and in some cases a chance to catch up.

With that part of the afternoon done, TIFF Artistic Director Cameron Bailey (pictured above) took to the stage to welcome a very full room and a phalanx of video cameras. Staying strictly to the numbers there are 26 films that make up the Festival’s Canadian feature-length slate. There is a large crop of provocative first features and this year’s diverse and varied Canadian lineup boasts one of the highest numbers of feature directorial debuts ever, as well as one of the highest numbers of films from Western Canada in recent years. Over 30% of the titles have a first-time feature director, while seven out of nine were helmed by TIFF alumni.

In a bit of a reversal from past years, details of the features took second place as it seemed as if the festival was placing some extra emphasis on Canadian shorts. Twenty-nine Canadian short films are on the schedule including 11 titles directed by women and three films by Indigenous filmmakers.

Highlights include: Michelle Latimer’s Nuuca, which was executive produced by Oscar winner Laura Poitras. Latimer was part of Sundance’s The New Climate program earlier this year. Sol Friedman’s An

Imagined Conversation: Kanye West & Stephen Hawking, is a hilarious black-and-while animation right out of a parallel universe; Caroline Monnel’s Creatura Dada, which stars Alanis Obomsawin and is Monnel’s first project since becoming the first Canadian filmmaker to be selected for the prestigious Cannes Cinéfondation Residence program; and Naledi Jackson’s The Drop In, a Toronto-set sci-fi immigration thriller that takes place entirely in a hair salon.

Look for the directorial debut of actor Molly Parker. Known for her roles in Deadwood, House of Cards and other TV hits, Parker’s short is titled Bird. TIFF Rising Star alumnus and actor-tumed­ director Connor Jessup brings his second short to the festival with Lira’s Forest.   Speaking of Rising Stars, the Red Carpet welcomed Daniel Doheny, Ellen Wong, Mary Galloway and Theodore Pellirin (pictured below) to the day’s festivities. TIFF’s Rising Stars development program is now in its seventh year.


Other shorts include Matthew Rankin’s Cannes selection The Tesla World Light (Tesla: Lumiere Mondiale), a luminescent black-and-white animation and live-action mix centred around the famous inventor; and Gabriel Savignac’s Stay, I Don’t Want to Be Alone (Reste, je ne veux pas etre toute seule), a touching, beautifully crafted portrait of a pastry factory worker with an intellectual disability at a difficult moment in her life.

Back to the features, TIFF’s selection is bolstered by a number of titles from Festival veterans including Alanis Obomsawin who brings her 50th film in the 50th year of her legendary filmmaking career. Making its world premiere in the Masters program, the NFB production Our People Will Be Healed is her latest feature documentary. The film takes audiences inside the Helen Betty Osborne Ininiw Education Resource Centre, an innovative N-12 school in the remote Cree community of Norway House, 800 kilometres north of Winnipeg, whose educators and programs are helping First Nations children to learn and thrive, growing up strong and proud. The school’s name honours a young woman from Norway House whose notorious 1971 murder was left ignored and unsolved for 16 long years, with the film providing a sobering look at the painful history endured by Cree people in northern Manitoba. Obomsawin offers a tremendously hopeful vision for First Nations peoples, showing us how improved education can save lives and change the future for Indigenous youth.

Shipley’s Cardinals, which costars Sheila McCarthy (pictured), Noah Reid, Peter MacNeill and Katie Boland along with 2016 Sundance Jury Prize recipient for Outstanding Performance and 2016 Rising Star Grace Glowicki. Cardinals is part of Telefilm’s Micro-Budget Production Program and was filmed in 2016 in Stratford, Kitchener, and Barrie, Ontario. The feature is a slow-burn thriller that takes a disturbing look at the impact of a convicted murderer’s return to a community. Also look for Wayne Wapeemukwa’s Luk’Luk’I, a look at the denizens of an impoverished Vancouver neighbourhood; and Molly McGlynn’s Mary Goes Round, about an addiction counsellor struggling with her own issues.

Two exciting titles making their World Premieres at the Festival are Mary Harron’s Alias Grace, based on the award-winning novel by Margaret Atwood, written by Sarah Polley and starring Sarah Gadon, Anna Paquin and Paul Gross; and Sean Menard’s The Carter Effect, on how NBA All-Star Vince Carter made an impact on Toronto.

Click here for more detail about all the films on this year’s TIFF schedule.

Ralph Lucas is the Founder and Publisher of Northernstars.ca. He began writing about film in the mid-1970s in radio in Montreal. 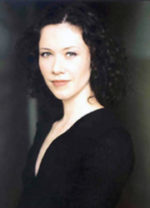 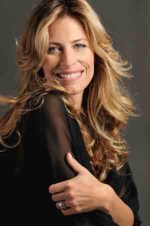 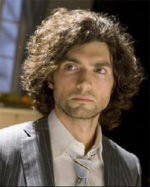 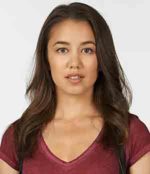