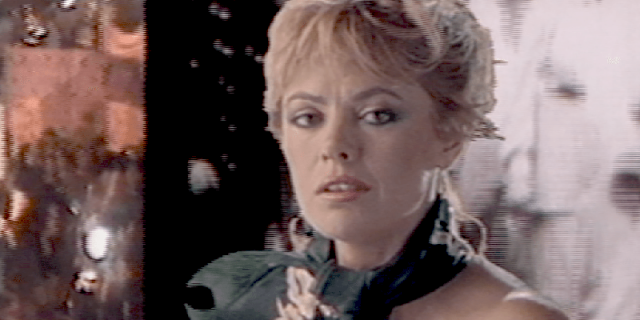 Today at RIDM
by Staff Editors

(November 23, 2022 – Montréal, QC) The 25th edition of the Montreal International Documentary Festival (RIDM) continues until November 27. The second week of the festival offers new films to discover, many of which will be attended by the filmmakers.

A place for women filmmakers:
RIDM has once again achieved gender parity with 55% of the films in thus year’s program directed by women. The festival is also highlighting feminist artistic history with its program “Vidéo Femmes: Fragments of a Feminist Legacy.” Today, November 23, one screening will include the films On fait toutes du show-business (1984) and Histoire infâme (pictured above, 1988), both directed by Nicole Giguère. Also, the music video Mona Lise (2021) by rapper Calamine, which was directed by Audrey Nantel-Gagnon. A discussion with all three artists will follow.

Tomorrow, November 24, Julia Minne, Marina Gallet, Nicolas Dulac, Nicole Giguère, Helen Doyle and Johanne Fournier will participate in the “Roundtable: Archiving and Remediation” discussion. The goal of this event is to bear witness to a collective experience in the editorialization of the archives and the building of a narrative of the early years of Vidéo Femmes, in addition to addressing the ethical, technical and theoretical issues raised by the remediation of such a body of work. The discussion will be followed by a screening of Chaperons rouges (1979) by Hélène Bourgault and Helen Doyle and the short film La bouilloire (2021) by Héloïse Bargain, in the presence of Helen Doyle and Héloïse Bargain. 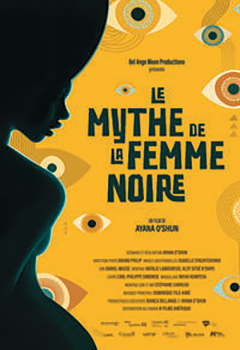 , in which several black women tell their stories and share their knowledge in order to dismantle racist and sexist stereotypes that are harmful to their identity. A celebratory evening for the film will take place at the Cinémathèque québécoise. The film’s second screening will take place on November 25, in the presence of the filmmaker.

The Canadian premiere of Republic of Silence by Diana El Jeiroudi offers a unique perspective on the Syrian conflict and the daily life of an exile filled with memories. The film will be screened with the filmmaker in attendance on November 24. Several short films will be accompanied by discussions with their directors: Fuku Nashi, in which Julie Sando travels to Japan to meet her grandmother; Tana Gilbert Fernández’s No Star, which deals with mixed feelings about motherhood; OK Pedersen’s Cloud Gate 2, an essay on the workings of real and artificial memory; and Amy Miller’s Muôi, which takes a close look at the daily life of an inspiring woman whose authenticity defies the expectations imposed on women.

Filmmaker Dominique Chaumont will meet with the audience following screenings of Veranada, which will have its world premiere on November 22 and 24. The film is a contemplative portrait of shepherds working in the sweltering heat of Malargüe, Argentina.

Doc-to-Doc presented by Télé-Québec
Today, festivalgoers will have the opportunity to attend a discussion between Dominique Chaumont and Jean-François Caissy about his film La Belle Visite (2009). This screening will be part of “Doc-to-doc: 25 Years of Encounters,” an initiative for the 25th anniversary of the RIDM, allowing a filmmaker to engage in a dialogue with another filmmaker whose work has inspired them. On November 24, Zaynê Akyol and François Jacob will come together after the screening of A Moon of Nickel and Ice (2016), while Simon Plouffe and Robert Morin will discuss the classic Whoever Dies, Dies in Pain (1998) on November 25. 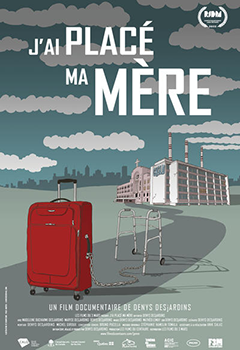 RIDM’s Quebec film premieres
With this 25th edition, RIDM continues its mission to bring together established filmmakers and emerging talents. Denys Desjardins is back with J’ai placé ma mère, which immerses viewers in his experience as he and his sister try to ensure that their mother, who is losing her autonomy, ends her life with dignity. The film will screen today November 23 with Denys Desjardins in attendance. On November 24 and 25, Germán Gutiérrez will present History Will Judge, a work that captures the uncertainty of Colombia’s future as it tries to emerge from 52 years of civil war.

Among emerging filmmakers, Perihan Incegöz and Jonathan Tremblay’s L’Île de Sukwan will be screened on November 25 and 26, in the presence of the filmmakers. The film follows a child who builds an imaginary island in the middle of the Thai jungle, containing a secret that only she knows. David B. Ricard was inspired by his own experiences to offer in David Against Goliath. Dragging along three unfinished short films, he confronts his anxieties by embarking on an investigation and a playful introspective journey. Screening on November 24 and 26, with the filmmaker in attendance.

Award-winning creative documentaries
Several works with striking cinematography can be discovered on the big screen during this second week of the festival. Pierre-Yves Vandeweerd’s Inner Lines, which premiered at Visions du réel, will have its North American premiere on November 24 and 26. Shot in 16mm between Iraqi Kurdistan, Turkey and Nagorno-Karabakh, the film follows two peoples who have been victims of war and genocide, painting a historical portrait of violence. 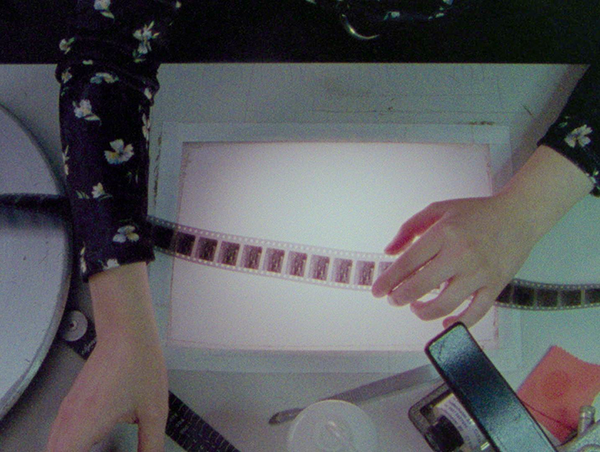 Winner of the Special Jury Award in the Burning Lights competition at Visions du réel, Leandro Listorti will be on hand to accompany Herbaria (pictured above), which will had its Canadian premiere on November 22 and will sreen again on the 24th. Establishing a surprising dialogue between the preservation of cinema and botany, the film is an essay that proposes a freely rigorous reflection on ephemerality and conservation.

Also seen at Visions du réel, Jumana Manna’s Foragers is a contemplative and whimsical film that shows how the simple act of gathering wild herbs can become a form of anti-colonial resistance. It will have its Canadian premiere on November 25 and 27. Theo Montoya’s Anhell69, winner of two awards at the Venice International Critics’ Week, will have its Canadian premiere on November 24 and 26. The film follows young people from queer communities who are unable to envision the future and who share a nihilistic outlook on life. Winner of the New:Vision Award at CPH:DOX, among other honours, Trinh T. Minh-Ha’s What About China? will have its Quebec premiere on November 25 and 27. Continuing her cinematic body of work with intellectual vigour, the multidisciplinary artist and theorist examines China, cinema, the ethnographic approach and the construction of history in a spellbinding essay that is as cerebral as it is tender.

RIDM evenings at the HQ
A live performance by visual artist Philippe Léonard with music by C H R I S T entitled What now? will take place at the Cinémathèque québécoise on Thursday evening, November 24, in collaboration with Suoni Per Il Popolo. By experimenting with various media to create live visuals and to try to develop a new language, the artists criticize the patriarchal and abusive institution that is the Church. Admission is $17 in advance via the RIDM box office or $20 at the door.

On Friday, November 25, the 25th anniversary party of RIDM will take place! Under the banner of the year 1998, festivalgoers will be invited to dance and enjoy video projections taking them back to the days when VHS and MuchMusic reigned supreme.

Closing Ceremony and Awards
This year’s festival will be giving out 13 awards to the selected documentary filmmakers. The Emerging Talent Award was presented to Isabelle Kanapé on Sunday night, for her film Miluk tshi shutshelimunau (Accordez-moi votre confiance). The remaining 12 awards will be presented on closing night, Sunday, November 26, just before the screening of Wochiigii lo: End of the Peace by Haida filmmaker Heather Hatch. The film focuses on BC Hydro’s construction of a third dam on the Peace River, located in the heart of the unceded territory of many Indigenous nations. The film will be shown at 7:00 p.m. at Cinéma Impérial, with the filmmaker in attendance. The closing night will continue with a festive evening at the Cinémathèque québécoise.

A last day for young and old film lovers
To close the festival on a high note, for the eighth consecutive year, the festival is offering a family screening on Sunday, November 27 at 11 a.m. Developed by Le Carrousel international du film de Rimouski, this selection of short films for ages 6 and up is an excellent way to introduce budding cinephiles to documentary-inspired cinema. Featured are colourful films that explore human, plant and animal nature, including Dans la nature by Marcel Barelli, J’aime toute by José Mestenapéo and La peau de l’ours by Valérie Mréjen.

Films for adult audiences will also address youth issues on the last day of the festival. From a child’s perspective, Paz Encina’s visual poem Eami explores oppression and injustice through the expulsion of an indigenous community from its territory; Olha Zhurba’s Outside follows the harrowing adolescence of a young Ukrainian boy over several years, addressing the difficulties of growing up alone and neglected; and Shamira Raphaëla’s Shabu takes viewers to a working-class neighborhood in Rotterdam, where we follow the trials and tribulations of a feisty teen. Antonio Hernández’s They Made Us the Night follows an intergenerational family’s daily life punctuated by dreamlike visions in the middle of San Marquitos, a Mexican city still absent from maps.

The 25th edition of RIDM runs until November 27

The Backward Class Returns to Toronto