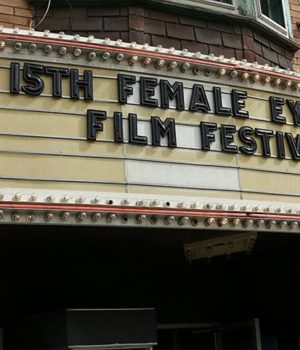 June 20, 2017 – Toronto, ON) The dateline says Toronto, but this year the Female Eye Film Festival has moved east into a part of the vast city that many consider to be separate and apart. The Beaches is the city’s best known coast line with thousands flocking to enjoy the sand and sun and the cooling waters of Lake Ontario. Starting today the destination in The Beaches — some insist it is called The Beach — is the venerable Fox Theatre at 2236 Queen Street East, home until Sunday for the 15th Annual Female Eye Film Festival.

There are four film events scheduled for today including the official opening Gala film, Hunting Pignut tonight at 7PM. Kicking off the festival at 11AM is a curated collection of short films all screening under the title Irish Women’s Stories. There are 10 short films, the shortest being just 60-seconds in the two-hour presentation. The selection was co-curated by FeFF’s Naomi McCormack and guest programmer Eibh Collins. Collins is a short-film programmer and film-festival manager. She began volunteering for festivals in Ireland in 2010. McCormack is a Canadian media artist whose work spans a diverse range of media and subject matter. She has produced pieces in theatre, dance, installation, and performance art and has directed a variety of independent film and television projects in Canada and the US.

More shorts are on the schedule starting at 1:30. There are a total of 7 short films with a running time of 77 minutes. These films come from Canada, the UK and the USA. There will be an audience Q & A with the filmmakers hosted by Stella Pascall. 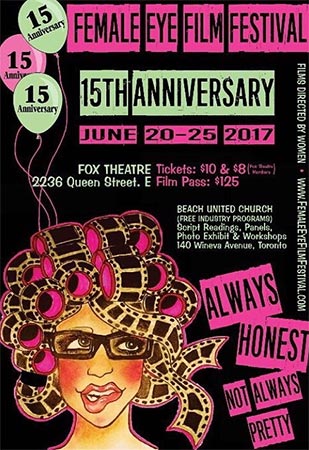 fossil-fuel dependency and power structures in a struggle for social and climate justice. Tomorrow’s Power showcases three communities around the world and their responses to economic and environmental emergencies. In Colombia’s war-torn, oil-rich Arauca province, communities have been building a peace process from the bottom up. In Germany, activists are pushing the country to fully divest from fossil-fuel extraction and complete its transition to renewable energy. In Gaza, health practitioners are harnessing solar power to battle daily life-threatening energy blackouts in hospitals. There will be an audience Q & A hosted by Byron A. Martin. This screening is sponsored by CBC.

The official opening ceremony starts at 6:30 and includes remarks from Indira Naidoo-Harris, Minister of the Status of Women, Ontario, followed immediately at 7PM with a short film, Hopscotch from director Kate Halpin and then the Feature Presentation of Martine Blue’s Hunting Pignut.

The 95-minute drama centres on 15-year-old Bernice (Taylor Hickson ), who hates her life in tiny, isolated Black Gut, Newfoundland. She believes that she will never live down her traumatic childhood, which left her body and psyche deeply scarred. Bean, her mother, tries to be a friend but is too busy struggling to get ahead. Self-centred, lonely, starved for attention, and shunned by her peers, Bernice makes up stories about hanging out with her dad, whom she hasn’t seen in 10 years. Her dejected spirit takes a strange turn when her dad dies of a heroin overdose and Pignut, a charismatic but tormented and violent punk rocker, shows up for his wake. Bernice stumbles upon Pignut’s writing journal and becomes obsessed with discovering more about her father, his mysterious facial tattoo, his best friend Pignut, and their clan of nomadic gutter punks.

There will be an audience Q & A with filmmaker Martine Blue, lead actor Bridget Wareham, and composer Simon Miminis, hosted by FeFF Director, Leslie-Ann Coles.

Please note, all tickets are just $10.00. Click here for a link to the complete schedule of the 15th Annual Female Eye Film Festival, which continues until Sunday, June 25.