(January 1, 2018 – Toronto, ON) Discovering good homegrown films is the most gratifying, and at the same time, the most frustrating part of being a Canadian movie critic.

A relative handful of theatres across the country show Canadian films. When Cancon was a “thing” in the ‘70s, movie exhibitors somehow avoided the regulations that were applied to radio and TV, and there is no incentive to show them.

With little promotion, sparse crowds become a self-fulfilling prophesy. At one of the movies I’m going to recommend here, the first screening on opening night in Toronto saw a paid attendance of four. At another, there was no one. Happily, most find their way eventually to the small screen and TMN, where, yes, there are Canadian content regs.

The lead off film here – Porcupine Lake – has yet to open theatrically, save for a handful of film festivals (including TIFF, where it received rave reviews). If it makes it to a theatre near you, do yourself a favour and skip the super-hero movie du jour and see it.

1 – PORCUPINE LAKE: Former child star Ingrid Veninger has made a specialty of directing coming-of-age stories, and this is her latest and best (with Oscar-winner Melissa Leo as an offscreen mentor). It’s the

story of two oddly-matched tween girls – one a city mouse, the other a rough country kid – who become fervent best friends during a summer in Port Severn, Ont. A powerfully emotional film.

2 – STEGMAN IS DEAD: Canadian films are often accused of being too serious. This debut feature by David Hyde is a darkly funny tale in the Tarantino/Coens “stupid criminal” genre, about a robber-turned-porn-producer named Stegman who has turned to blackmailing his former boss (Michael Ironside) to finance his films. Naturally, a “hit” is taken out on him. But a parade of homicidal nitwits enter his house/studio and don’t come out. Sit back and enjoy.

4 – WEIRDOS: Bruce McDonald has been all over the map, with an accent on horror in recent years. But the guy who gave us the rockin’ road movies Highway 61 and Hard Core Logo indulges his ‘70s Cancon jones with this sweet coming-of age story about two Nova Scotia teens (Dylan Authors and Julia Sarah Stone) hitchhiking from Antigonish to Sydney. The story is touching and the music is pop catnip for audiences of a certain age (we’re talking songs by The Stampeders, Edward Bear and Andy Kim). Kind of a cinematic K-Tel album, great to listen to.

5 – HELLO DESTROYER: Kevan Funk is a finalist for the $100,000 Rogers Best Canadian Film award from the Toronto Film Critics Association for this film about a junior hockey player (Jared Abrahamson) who falls off the rails. A gentle young man who is prodded into playing hyper-aggressively, he goes too far and critically injures an opponent. From there the film becomes less about hockey and more about shunning – with hypocrites of all stripes covering their asses and distancing themselves from the former teen sports hero.

6 – THE SECOND TIME AROUND: A solid reason to see this retirement-home romance is that it contains the final performance by the great Canadian actor/singer Don 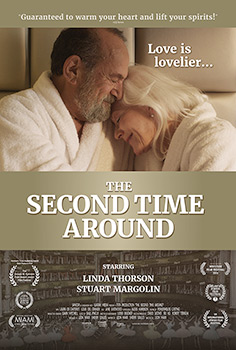 7 – POOR AGNES: The winner of the Best Canadian Feature at Montreal’s Fantasia Festival, it’s a claustrophic, darkly comic tale of a female sociopath (Lora Burke) who lives in a cabin in the woods – yet somehow manages to snare young men to hold captive and exert control over. A terrific first performance by newcomer Burke and an ambiguous undercurrent of either empowerment or misogyny, depending on where your antenna is pointed. Provocative stuff.

8 – LET THERE BE LIGHT: Lest we forget that Canadians are among the world’s foremost documentarians, here’s an fascinating film about the (still-elusive) 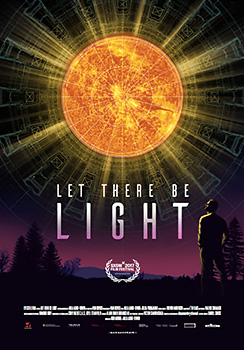 promise of fusion as the ultimate energy source, and the $1 billion a year experiment in the South of France called the International Thermonuclear Experimental Reactor. If it works, scientists will have created a self-sustaining mini-sun with a temperature of 150 million degrees C. Directors Mila Aung-Thwin and Van Royko jump between this big-ticket project (funded by 37 countries) and a handful of colorful inventors who are pretty much trying to create fusion in their garage.

9 – DIM THE FLUORESCENTS: Another Canadian award-winner, Daniel Warth’s dramedy about an actress and playwright (Alias Grace’s Claire Armstrong and Naomi Skwarna) who create dramatic corporate seminars, was named best feature at the Slamdance alternative festival in Park City, Utah. Warth and co-writer Miles Barstead got kudos for a sharp script that allows Armstrong and Skwarna’s characters to bond. Builds to a surprising and much talked-about finish.

10 – WEXFORD PLAZA: Another finalist for the $100Gs TFCA Award. A sweet flirtation that goes sour between a 20-year-old female strip-mall security guard (Reid Asselstine) and a 31-year-old bartender (Darrel Gamotin) is told in he-said/she-said chapters. Joyce Wong tells a realistic story awash with thoughtless Millennial behavior, texting, sexting and general aimlessness. Not a movie for people who feel they have to “like” characters, but one that rings true.

Who Farted? A Documentary?