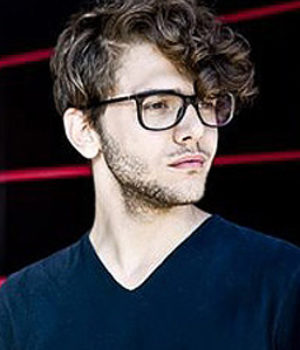 (January 8, 2010 – Toronto, Ontario) – The Toronto Film Critics Association has chosen Québec actor-director Xavier Dolan to be the first recipient of its Jay Scott Prize for emerging talent. In addition to the honour itself, there is also a cash prize of $5000.

Dolan shot to instant fame when his film, J’ai tué ma mère (I Killed My Mother) had its world premiere at the 2009 Cannes International Film Festival. Although the film didn’t win the Camera d’or, which honours first films, it did pick up three other prizes, including the Art Cinema Award granted by an international jury of indie theatre programmers obviously convinced that audiences will go for the film. On top of that, interviewers pursued Dolan, publications from Variety to the Huffington Post bestowed favourable reviews on his work, and the French newspaper Le Figaro set up an unusual encounter between the young cineaste and one of the world’s most eminent filmmakers, Alain Resnais – recipient of Cannes 2009’s Lifetime Achievement award.

In September of last year, Telefilm Canada announced that it had selected Dolan’s film to represent Canada in the Best Foreign Language Film category at the 2010 Academy Awards. Nominations for the awards will be announced on February 2nd.

It is expected that Dolan will be in Toronto to accept the award from Atom Egoyan when the Toronto critics gather for their annual meeting on January 12th. Still to be announced is the $10,000 Rogers Best Canadian Feature Award. The three finalists are Denis Villeneuve’s Polytechnique, about the Montreal massacre; the horror-comedy Pontypool, directed by Bruce McDonald; and Benoit Pilon’s Inuit drama Ce qu’il faut pour vivre ( The Necessities of Life).

The Jay Scott Prize is named for the influential Globe and Mail film critic, who died in 1993.