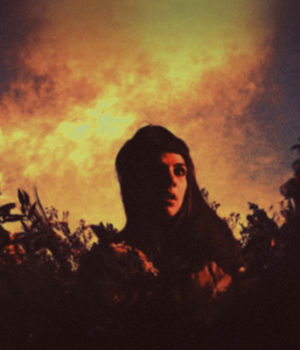 The award was presented to the filmmakers by fellow director Don McKellar – whose Last Night was named the TFCA’s Best Canadian Film in 1998 – at a gala dinner held this evening at the historic The Carlu in downtown Toronto. Also nominated for the award were Philippe Falardeau’s My Internship In Canada and Andrew Cividino’s Sleeping Giant. In attendance were prominent members of the film industry, including actors Vinay Virmani (Breakaway, Dr. Cabbie) and Tara Spencer-Nairn (Corner Gas), directors Michael Dowse (The F Word) and Bruce McDonald (Hard Core Logo, The Husband), producers Nick de Pencier, Roger Frappier and Félize Frappier, David Hamilton, Martin Katz, David Miller, Ajay Virmani, and Robert and Ari Lantos.

The $100,000 value of the Rogers Best Canadian Film Award makes it the richest annual film prize in Canada. As runners-up, Falardeau and Cividino each received $5,000 from Rogers Communications.

This marks Maddin’s second win of the TFCA’s top Canadian prize. His puckish memoir My Winnipeg received the award in 2008.

“At its best, Canadian cinema is notorious for stunning the world with outlandish originality,” said TFCA President Brian D. Johnson. “And that’s what Guy Maddin and Evan Johnson have done with The Forbidden Room. Their

film is a tour de force. The stellar casting, the visual wit, the narrative gymnastics—this is a cinematic cirque that leaves us amazed that it could even exist.”

“Guy Maddin won our inaugural Rogers Best Canadian Film Award with My Winnipeg,” said Phil Lind, Vice-Chair of Rogers Communications. “Since then, the prize has grown and so has his cinema. The Forbidden Room is a spectacular marriage of high art and entertainment. And I’m delighted to reward the unique genius of its creators, Guy Maddin and Evan Johnson.”

As previously announced, Deepa Mehta is the winner of the Technicolor Clyde Gilmour Award, which was presented at the event by 2014 Gilmour winner Piers Handling. Under the pay-it-forward terms of the award, Technicolor donated $50,000 in services to a filmmaker of Mehta’s choosing—documentarian Nisha Pahuja, director of The World Before Her.

Matt Johnson presented the Manulife Student Film Award to Vladimir Paskaljevic (York University) for his cross-continental drama Absence Is Present. The award carries a cash prize of $5,000, donated by Manulife to celebrate the spirit of volunteerism that is at the heart of student film-making and the power of storytelling to inspire active citizenship.

Established in 1997, the Toronto Film Critics Association is comprised of Toronto based journalists and broadcasters who specialize in film criticism and commentary. All major dailies, weeklies and a variety of other print and electronic outlets are represented.