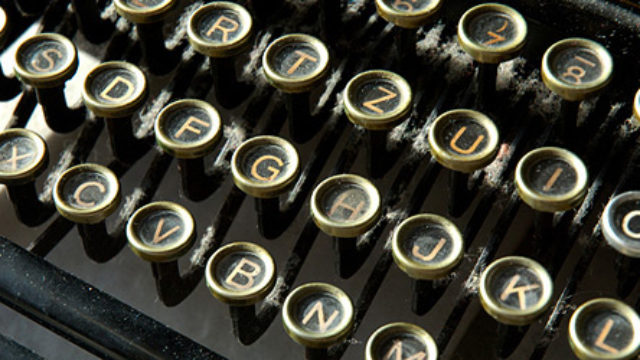 (March 23, 2017 – Toronto, ON) The Toronto Screenwriting Conference (TSC) has announced the recipients of this year’s Telefilm Canada New Voices Award. The emerging screenwriters were selected from over 120 Canada-wide applicants.

The TSC is a two­ day event that gathers the best creative talent, authors and speakers in writing for film, TV and media in Canada and abroad. The TSC offers screen ­based industry professionals an advanced level of education and skills development unparalleled by any other screenwriting event in the country. To qualify for the Telefilm Canada New Voices Award, candidates must have written at least two short films one of which has been produced, and have written one feature length screenplay, TV pilot or series treatment. They must not have previously produced a feature or TV series/pilot, nor received Telefilm Canada Funding.

THOMAS PEPPER – Thomas Pepper is a Toronto-based filmmaker and screenwriter. Since graduating from Trinity College Dublin in 2008, Thomas has worked with some of the Canada’s most recognizable talents: his credits include Sarah Polley’s TAKE THIS WALTZ, Steve Hoban and Vincenzo Natali’s DARKNET, Clement Virgo’s THE BOOK OF NEGROES, and Maxime Desmons’ WHAT WE HAVE. His second short film, MILK AND HONEY, has screened as part of several festivals, including the NSI Online Short Film Festival. It won “Best Film” at the 2014 Grand River Film Festival. More recently, his latest short film TUESDAY 10:08AM (co-written and directed with Jane Tattersall) screened as part of the Canadian Film Festival and Fort Myers Film Festival. After two seasons on CTV’s hit medical drama SAVING HOPE, Thomas is currently developing several projects for both film and television.

ADAM PERRY – Adam Perry is an award winning director and screenwriter from Charlottetown, Prince Edward Island. He got his start writing and directing web-series, shorts and over a dozen food-based series with celebrity Chef Michael Smith. Recently, Adam has focused his attention on writing for the big screen and has seen some early success. His latest project, A Small Fortune, was selected for the National Screen Institutes Feature’s First program as well as The Harold Greenberg Fund’s Shorts to Features program. The screenplay placed Top 5 out of 200 international scripts in Reddit’s 2016 Screenwriting competition and was a Semi-finalist in the 2016 Shore Scripts Feature Film category. Adam lives with his wife Lori and two children in Charlottetown, PEI.

BRANDON ASH-MOHAMMED – Brandon Ash-Mohammed. Three names. Three skills. Triple threat? Yes! Comedian. Writer. Future Real Housewife of Atlanta. He’s a Tim Sims Award nominated comedian, an Esther Maers Peerce Award winning writer, and the reigning Jann Arden karaoke champion of the world. Not convinced? A dazzling playwright with a penchant for the sass and the pen of a whirlwind mermaid writer. His darling masterpiece “The Decision” was featured in the Humber 10 Minute Play Festival. Sirius XM has also recorded his stand up in an attempt to capture and contain the radiant, pure bliss that is, Brandon-Ash Mohammed. He is a purple glitter stallion galloping through fields of funny, whimsy, and raw sexual attractiveness; and he, cannot be tamed. He is a graduate of Humber College’s Comedy: Writing & Performance Program where he was voted Prom Pharoah. In early 2017, he was selected to join the acclaimed sketch troupe Fusion. They’re a comedy collective made up of the best and brightest people of colour from the Bad Dog Theatre and Second City Training Centre. They’ll be making their first appearance at Toronto Sketchfest this year. In addition to that, Brandon is currently being filmed for a TVO documentary about racialized comedians in Canada. Most recently, Brandon did punch up for British writer/actor OT Fagbenle (HBO’s LOOKING, BBC One’s THE INTERCEPTOR) on a project he’s currently developing in the UK. Ready your tiaras, there’s a new girl in town!

JJ NEEPIN – JJ Neepin is an independent, first nations filmmaker living in Winnipeg, Canada. JJ has written, directed and produced several short films, funded by various organizations, along with her sister and partner Justina Neepin. She has a background in graphic art, singing, dancing and theatre. When she’s not writing or filming she can be found binge watching Netflix and scrolling through Tumblr. JJ is currently working on EagleVisions’s ‘TAKEN’ Season 2 as a Director for 2 episodes. HEADDRESS is her 3rd documentary short – it will have its world premiere at the 2017 Hot Docs Film Festival. Funded via CBC ShortsDocs. BAYLINE is her 2nd documentary short funded via the MTS STORIES FROM HOME Broadcaster. Airing in early 2017. THE LEAGUE is her first documentary short, funded via the NSI Aboriginal Documentary Program. The film is currently playing several festivals and aired with broadcaster APTN in fall of 2016.

KENNY WONG – Kenny is a Montreal-based actor, writer, filmmaker and violinist with a Bachelor of Music Performance Degree on the violin from McGill University. In addition, he is entering his ninth year studying at Straeon Acting Studios. After being told by his acting coach on numerous occasions to “create your own work”, Kenny began his journey as a screenwriter and since 2013, has written and produced a handful of short films and web series. Most recently, he finished his second drama feature about an impaired violinist, inspired by his own experience of being diagnosed with Focal Hand Dystonia. Writing/Producing credits include: THE BATTLE JAR CHRONICLES (TV/Web Series); Musicals in EVERYDAY LIFE (Web Series); STARVING ARTIST (Short); THE ROOMMATE (Short); MERTON OF THE MOVIES: THE MUSICAL (Theatre); DIVING NORMAL (Theatre). TV/Film acting credits include: BRAD’s STATUS (Plan B); DEATHWISH (MGM/Paramount); ROADSIDE PICNIC (Sony); 19-2 (Bravo); THE ART OF MORE (Crackle); THE GLASS CASTLE (Lionsgate); LOST GENERATION (New Form Digital); A WORTHY COMPANION (micro_scope).

“The calibre of talent we are exposed to through this initiative every year is truly astounding,” said Kim Robinson, Toronto Screenwriting Conference Producer. “It is an extraordinary challenge for us to single out just five individuals when the artistic breadth of these emerging writers is so strong, so this year we selected six.”

Each winner receives a pass to the TSC and a meeting with representatives from Telefilm Canada. The seventh annual Toronto Screenwriting Conference takes place on April 22 & April 23 at the The Metro Toronto Convention Centre.

Canadian Films at Hot Docs – May 1