(May 6, 2017 – Toronto, ON) Hot Docs moved into its final weekend with their annual Hot Docs Awards Presentation, which took place last night at the Isabel Bader Theatre. Twelve awards and $67,000 in cash and prizes were presented to Canadian and international filmmakers, including awards for Festival films in competition and those recognizing emerging and established filmmakers. The event was hosted by Garvia Bailey, host of Good Morning Toronto! on Jazz FM91.

The Best Canadian Feature Documentary Award was presented to Unarmed Verses (D: Charles Officer; P: Lea Marin; Canada), in which a remarkably astute and luminous 12-year-old girl’s poignant observations about life, the soul and the power of art, give voice to a Toronto community facing imposed relocation. Sponsored by the Documentary Organization of Canada and Telefilm Canada, the award includes a $10,000 cash prize courtesy of Telefilm Canada. Jury statement: “A beautifully observed and crafted film told with great grace and sensitivity, which exposes the central character’s fragility and quiet strength as an adolescent, and asks the key questions about life that we are all looking to answer for ourselves, we award Unarmed Verses the Best Canadian Feature.” Unarmed Verses screens again today at 3:15 p.m. at the TIFF Bell Lightbox.

The Special Jury Prize – Canadian Feature Documentary was presented to Resurrecting Hassan (D&P: Carlo Guillermo Proto; Canada, Chile), where a family of blind Montreal buskers, haunted by the loss of their second child and the only seeing member of their group, seek the help of a mystical Russian healer to resurrect him from the dead. Sponsored by the Directors Guild of Canada and DGC Ontario, the award includes a $5,000 cash prize courtesy of Hot Docs. Jury statement: “Unique and unexpected insights emerge from a family struggling with grief, betrayals and secrets. Directed with a strong authorial voice, this film brings to life an unsettling and intimate story that unfolds in front of our own eyes, testing our own visual sensibilities.”

The Emerging Canadian Filmmaker Award, sponsored by Jameson First Shot, is given to a first or second-time Canadian filmmaker with a feature film in the Canadian Spectrum program. The award includes a $3,000 cash prize courtesy of Hot Docs and was presented to François Jacob for A Moon of Nickel and Ice (Canada), which tells the story of the remote industrial city of Norilsk in Arctic Siberia, where polar winds and industrial pollution dominate, making it one of the least desirable places to live in Russia. Jury statement: “A beautiful profile and poem of a crumbling city with a desperate past. A film that creates a great sense of history and place told through a fascinating diversity of characters. We award the Emerging Canadian Filmmaker award to A Moon of Nickel and Ice.” A Moon of Nickel and Ice screens again on Sunday, May 7 at 10:15 a.m. at Scotiabank Theatre.

The Best International Feature Documentary Award was presented to The Other Side of the Wall (D: Pau Ortiz; P: María Nova López, Emiliano Altuna, Tatiana García, Carlos Rossini; Spain), which tells the story of two Honduran immigrants who become the sole providers of their family after their mother is sentenced to prison. Sponsored by Panicaro Foundation, the award includes a $10,000 cash prize courtesy of Panicaro Foundation. Jury statement: “For its extraordinary and tender examination of family life in ways that feel both personal and universal, we award The Other Side of the Wall Best International Feature.” The Other Side of the Wall screens again on Sunday, May 7 at 1:00 p.m. at the Aga Kham Museum.

The Special Jury Prize – International Feature Documentary was presented to A Cambodian Spring (D&P: Chris Kelly; UK), which looks at the chaotic and violent wave of change that is shaping modern-day Cambodia. Sponsored by A&E, the award includes a $5,000 cash prize courtesy of Hot Docs. Jury statement: “The jury found this doc to be a riveting look into the complexity of people caught in the crossfire. For an honest and powerful portrait of a country in turmoil we award A Cambodian Spring the Special Jury Prize.” A Cambodian Spring screens again on Sunday, May 7 at 6:15 p.m. at Toronto Centre for the Arts.

The Emerging International Filmmaker Award was presented to director Egil Håskjold Larsen for 69 Minutes of 86 Days (Norway), where a brave 3-year-old Syrian refugee makes the long journey through Europe with her family to find comfort and a fresh start in a new home. The award includes a $3,000 cash prize courtesy of Hot Docs. Jury statement: “For a fresh and intimate look into a little girl’s journey, we award this emerging filmmaker not only for their craft and dedication, but for their authenticity and sensitivity. The award for Emerging International Filmmaker goes to 69 Minutes of 86 Days.” 69 Minutes of 86 Days screens again on Sunday, May 7 at 3:30 p.m. at the Aga Khan Museum.

The award for Best Mid-Length Documentary was presented to Death in the Terminal (D: Asaf Sudry, Tali Shemesh; P: Asaf Sudry, Tali Shemesh, Alma Har’el; Israel), where a tense reconstruction of a terrorist attack in an Israeli bus terminal reveals how uncontrolled fear and racial prejudice can have fatal consequences. The award includes a $3,000 cash prize courtesy of Hot Docs. Jury statement: “This Rashoman-like film is riveting from the moment it begins and is sustained throughout; juxtaposing the objectivity of security camera footage with the subjectivity of eyewitness accounts, it compels us as viewers to ask moral and ethical questions of ourselves and to ultimately reconsider our idea of who we are as citizens. The jury would like to give the best mid-length award to Death in the Terminal.”

In the Best Mid-Length Documentary category, the jury also acknowledged the film The Lives of Thérèse (D: Sébastien Lifshitz; P: Muriel Meynard; France), with an honourable mention. Jury statement: “For taking on the challenge of documenting an extraordinary woman’s final days, while also serving as a philosophical, historical and political document of a time and movement and its fascinating effects on a family we’d like to give an honourable mention to The Lives of Therese.”

The Best Short Documentary Award was presented to Sovdagari (D: Tamta Gabrichidze; P: Ilia Tavberidze; Georgia), which follows a man who sells second-hand clothes and household items from the back of his minibus while travelling rural Georgia in search of potatoes, which are more lucrative than money. The award includes a $3,000 cash prize courtesy of Hot Docs. Jury statement: “An acutely observed look into a rarely seen world, the filmmaker reveals a rural community with a sensitive eye. For its elegant cinematography and its personal approach to storytelling, we award the Hot Docs Best Short Film to Sovdagari.”

Hot Docs is an Academy Award qualifying festival for short documentaries and, as winner of the Best Short Documentary Award, Sovdagari will qualify for consideration in the Documentary Short Subject category of the annual Academy Awards without the standard theatrical run, provided it complies with Academy rules.

In the Best Short Documentary category, the jury also acknowledged the film Volte (D: Monika Kotecka, Karolina Poryzała; P: Ewa Jastrzebska; Poland), with an honourable mention. Jury statement: “This poignant coming of age story captures a pivotal moment in a young athlete’s transition from girl to woman. Told from her point of view, this film is both personal and cinematic, and well deserves the Hot Docs Short Film Honourable mention.”

The Lindalee Tracey Award, which honours an emerging Canadian filmmaker with a passionate point of view, a strong sense of social justice and a sense of humour, was presented to Thyrone Tommy for his film Mariner. The recipient will receive a $5,000 cash prize courtesy of the Lindalee Tracey Fund, $5,000 in post-production services from Technicolor, and a beautiful hand-blown glass sculpture by Andrew Kuntz, specially commissioned to honour Lindalee.

The Hot Docs Board of Directors acknowledged Tony Palmer as the recipient of the 2017 Hot Docs Outstanding Achievement Award.

Montreal-based producer Daniel Cross was presented with the Don Haig Award, which is given to an outstanding independent Canadian producer with a film in the festival in recognition of his/her creative vision, entrepreneurship and track record for nurturing emerging talent. The award came with a $10,000 cash prize courtesy of the Don Haig Foundation and Telefilm Canada. As part of the award, the recipient can name an emerging female documentary filmmaker to receive a $5,000 cash prize, courtesy of Telefilm Canada, and professional development opportunities at the Hot Docs Festival to further her career path. Cross named Toronto-based filmmaker Kalina Bertin as recipient of the Don Haig Award Pay It Forward Prize.

Earlier in the week, Monique Simard, President and CEO of SODEC, the government agency dedicated to the promotion and support of Quebec culture, received the 2017 Doc Mogul Award at a special luncheon.

The 2017 awards for films in competition were determined by four juries.

The Rogers Audience Award for Best Canadian Documentary will be announced on the final night of the Festival, Sunday, May 7, at 7 p.m. at Hot Docs Ted Rogers Cinema before a free encore screening of the winning film. Generously established by the Rogers Group of Funds and determined by audience ballot, the award comes with a $50,000 cash prize.

The Hot Docs Audience Award, and top ten favourite audience films of the 2017 Festival, determined by audience ballot, will be announced on Monday, May 8. 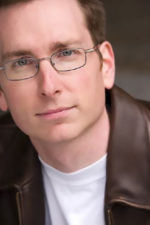