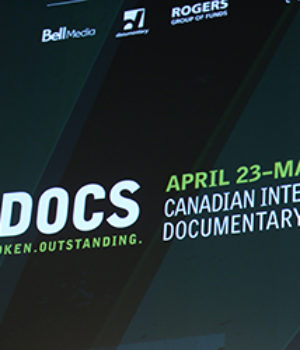 (April 22, 2015 – Toronto, ON) With the 2015 Hot Docs International Documentary Film Festival ready to launch tomorrow night, there`s some last minute and some overlooked news to help bring you up to date on this year`s festival. From the organizers of the festival we’ve received a list of special guests, which is in addition to an earlier announcement. Some of those luminaries include Tig Notaro, the Grammy-nominated comedian, actress, and writer and the subject of the opening night film, Tig. Cheryl Boone Isaacs, who is president of the Academy of Motion Picture Arts and Sciences, will be on hand to introduce Barry Avrich`s 2005 film, The Last Mogul, which is screening just once, on April 26, as a special presentation this year.

In addition to guest subjects, there will be 190 directors in attendance at the Festival to introduce their films and participate in post-screening audience Q&As. Just some of the recently announced guests who will be present at one or more screenings include: 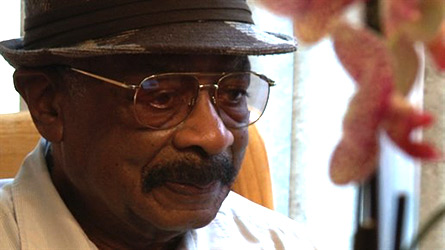 And for fans of anything with the NFB brand attached to it, the National Film Board has eight films in this year`s Hot Docs. This includes the world premiere of Sasha Snow’s feature documentary Hadwin’s Judgement, a spellbinding account of environmentalism, obsession and myth produced by True West Films and Passion Planet in association with the NFB, screening in the World Showcase program. 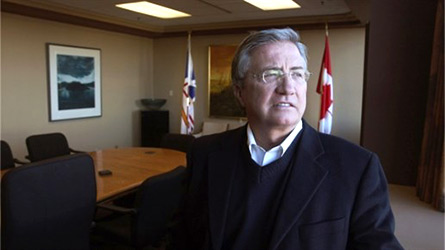 The festival is also hosting five Ontario premieres. Screening in the Canadian Spectrum program are Sophie Deraspe’s esperamos/NFB co-produced feature documentary The Amina Profile, which had its world premiere at the Sundance Film Festival, and Serge Giguère’s Productions du Rapide-Blanc/NFB co-production Finding Macpherson, a captivating 10-year look at an artist at work, which was named Best Feature-Length Documentary at Quebec’s Jutra Awards on March 15.

Justin Simms and William D. MacGillivray’s Danny is one of just five titles chosen for Hot Docs’ Big Ideas program. The film is about the charismatic and outspoken ninth Premier of Newfoundland and Labrador, Danny Williams (pictured) who will also be in attendance at the festival.

Winner of the Grand Prize for Best Animated Feature-length Film at the Ottawa International Animation Film Festival, Luc Chamberland’s animated documentary Seth’s Dominion, about Canadian cartoonist Seth, is featured in the Next program, which explores creativity, pop culture and the arts.

And as Hot Docs inaugurates its DocX program for innovative interactive documentaries, the festival will host a sneak preview of HIGHRISE: Universe Within with the one-night-only participatory live performance Universe Within, Live. Launching online later this year, HIGHRISE: Universe Within delves into the hidden digital lives of high-rise residents around the world and is the final iteration in the NFB’s many media, multi-year digital documentary projectHIGHRISE, directed by Katerina Cizek, which has to date garnered a number of prestigious international honours: two Emmy Awards, a Peabody Award, a World Press Photo Prize, two Canadian Screen Awards, and the first-ever IDFA DocLab Award for Digital Storytelling.

Click here for more information and to purchase tickets online.