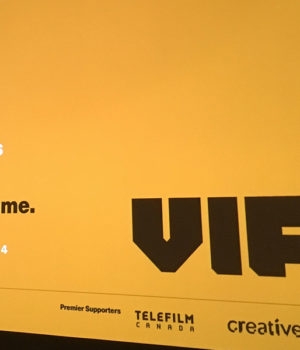 (September 8, 2016 – Vancouver, BC) Change is intended to move us into fresh frontiers and it’s best to let go of the past and enjoy the ride. Such is the case with the Vancouver International Film Festival (VIFF) and the new site design and logo launched this year along with a revamping of the festival streams.

This vivid new face of the festival under the direction of Jacqueline Dupuis comes with a renewed focus on community, empathy, and tenacious creativity. In all the right ways, this transformation promises an exhilarating cinematic experience, complemented by industry talks and emerging virtual reality. If the sizzle reel is any indicator, we’re in for a breathless two weeks.

With the rise of the small screen and instant access to information and online communities, VIFF is embracing emerging technologies and creating a festival experience that is engaging and interactive, bringing industry and audiences together in the lobby for expansive and stimulating experiences. Inviting live music into the mix for the groove seekers adds another experiential layer to this year’s eclectic event.

A key focus this year is the altruistic spirit that has risen in communities across Canada in response to the Syrian migration crisis. As the Radcliffe Foundation’s Frank Giustra took the stage at the Vancouver Film Centre he spoke poetically about our nation’s capacity for decency: “Canadians are good at showing the world how to 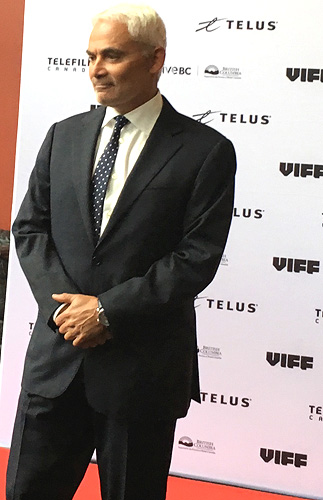 properly react with compassion,” he said before announcing three finalists in the Refugee Crisis Short Film Program: Show the World by Michelé and Roxana Spicer, Humanity from Zeeshan Parwez, and Helpful Hand by Alexandru Nagy. The call to action shorts received over 120 submissions and the final selection jury included Sarah McLachlan, Sophie Trudeau, and Atom Egoyan. The winner will be announced on opening night and will receive $20,000 from the Ratcliffe Foundation.

Opening night film Maudie about arthritic artist Maud Lewis stars Sally Hawkins, Ethan Hawke and Kari Matchett. The story of the beloved Canadian folk artist promises to be a reflection on resilience and creative gusto and it’s fresh from an enthusiastic reception at the Telluride festival. Director Aisling Walsh will be on hand to introduce the film.

The Voyage of Time: The IMAX Experience from iconic visual storyteller Terrence Malick closes the festival with a special IMAX screening at Science World. In the works for nearly 40 years and narrated by co-producer Brad Pitt, it’s billed as transforming the birth of the universe into pure visual spectacle. A theatrical version will also be released this year, narrated by Cate Blanchett.

Eoin Duffy’s first project with the National Film Board (NFB) will have its world premiere at the 2016 festival. Described as “an open-ended exploration of existence itself,” I Am Here features the voice of Nicholas Campbell (Da Vinci’s Inquest). Also from the NFB Studios, Ann Marie Fleming’s Window Horses: The Poetic Persian Epiphany of Rosie Ming will have its hometown premiere this year. Voice talent includes Sandra Oh, Ellen Page, Don McKellar, Shohreh Aghdashloo and Nancy Kwan.

The maestro of exquisite melodrama and riveting wallpaper, Pedro Almodovar’s Julieta, based on stories by Canadian literary icon Alice Munro is part of the Panorama lineup and Cannes Palme d’Or winner I, Daniel Blake has also been added to special presentations.

Telus has joined the growing list of sponsors for this year’s event, sponsoring the INGITE stream of films, highlighting the work of BC creators.

Tickets and the full lineup of films are on the VIFF site now and festival programs will be available at the Film Centre and various locations starting September 10th. The festival runs from September 29 to October 14. Click here for a link to VIFF and other October 2016 film festivals.

Based in Vancouver, Roberta McDonald is West Coast Editor for Northernstars.ca. She is a best selling writer, arts journalist and photographer. She has profiled extraordinary filmmakers, including Ang Lee and Sturla Gunnerson. Her short film The Spiral was released in 2014 and she is currently writing her first feature screenplay. Photos © 2016 Roberta McDonald.

Women filmmakers in the Spotlight