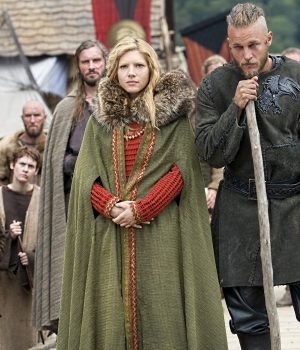 (October 10, 2015 – Toronto, ON) Momentum Pictures has announced that season three of the award-winning drama series Vikings will be released on DVD and Blu-ray on October 13, 2015 across Canada. In celebration of the launch, Momentum Pictures has partnered with Tourism Ireland, where fans of the show can enter a contest to win a trip to Dublin, Ireland, the home of the Vikings set.

The lucky winner will receive airfare for two, seven nights’ accommodation and wake up daily to Irish breakfasts. In addition, Tourism Ireland will plan full itineraries, so winners can completely immerse themselves in the history and heritage seen in Vikings. Participants who wish to enter the contest must do so online.

In addition to the 10 episodes, the Vikings season three DVD and Blu-ray includes bonus features such as an overview of the season, never before seen interviews with cast and creators, official trailer and more. The DVD and Blu-ray will be available at all major retailers across Canada.

The gripping family saga of Ragnar (Travis Fimmel), Rollo (Clive Standen), Lagertha (Katheryn Winnick) and Bjorn (Alexander Ludwig) continues as alliances and loyal friendships are questioned, faith is catechized and relationships are strained. Vikings tells the extraordinary tales of the lives and epic adventures of these warriors and portrays life in the Dark Ages, a world ruled by raiders and explorers, through the eyes of Viking society.

Vikings is an international Irish/Canadian co-production being co-produced by Canada’s Take 5 Productions and Ireland’s World 2000. HISTORY broadcasts both domestically in Canada and in the U.S. MGM Television brings Vikings to global audiences, serving as the worldwide distributor outside of Canada. Vikings is produced in association with Shaw Media and returns for a fourth season this winter on HISTORY.