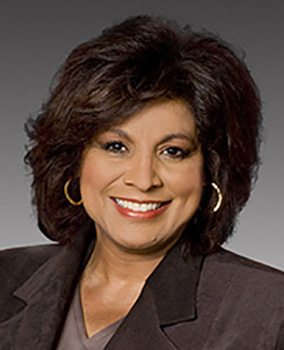 Nerene Virgin is the great-niece of escaped slave Thomas John Holland, who came from Maryland via the Underground Railway and, as legend has it, swam the Niagara River to reach Canada. He eventually settled in Hamilton, Ontario. Virgin attended Toronto’s Teacher’s College, and was certified as a special education teacher at Brock University. She first appeared in the long-running TVOntario children’s program Polka Dot Door in 1971, then moved on The Littlest Hobo, Ramona, Starlost and the made-for-television Murder in Space. She went back into children’s programming, again with TVOntario, playing Jodie with Jeff Hyslop, who played Jeff, on the broadcaster’s very popular Today’s Special (1981–87). The award-winning show was picked up for American broadcast by PBS stations. She also had small parts in other programs such as Night Heat, Due South and the made-for-television movie Gotti.

By the mid-1980s, Virgin turned her attention to broadcast news and worked at CTV’s affiliate CFTO as the host of Eye on Toronto, she co-hosted the entertainment show Showbuz and was a host on the broadcaster’s annual Miracle Network Telethon for the Hospital for Sick Children. She moved on to anchor the national weekend newscast Saturday Report for the CBC. In July 2005, she chose to leave the CBC to complete further studies, earning a certification for teaching ESL (English as a second language).

Virgin currently serves on the board of directors for Phoenix Place, a second-stage home for women and children who have survived domestic violence. She’s also a member of the council for the College of Early Childhood Educators, the first such college in North America. Virgin serves as a member of Hamilton’s Committee against Racism.

She ran for the Liberals in the 2007 provincial election in the ridding of Hamilton Mountain, but withdrew her candidacy in part due to some unpleasantness after a local paper labeled her a “tar-baby”; then again in the 2011 election, in the newly created ridding of Hamilton East-Stony Creek. There was some complaint she was parachuted in as a high-profile candidate who did not live in the riding, and she lost to the NDP by 2,000 votes.

This mini-biography was written for Northernstars.ca by Wyndham Wise and is Copyright © 2013. It may not be reproduced without prior written consent. For more information about copyright, click here.