Born in Montreal, John Walker grew up in that magical time of early television when the often snow-laced black and white images served as inspiration for something beyond the reach and dreams of some Canadians. Starting as a photographer, Walker moved toward moving pictures and became a cinematographer working for Ottawa-based Crawley Films in the 1975. Some 40+ years later his films have been widely broadcast and have garnered a wide and enviable range of awards from major international film festivals in Toronto, Vancouver, New York, Los Angeles, Berlin and London. He has also received numerous nominations and awards including the coveted Donald Brittain Award for best social/political documentary for Utshimassits: Place of the Boss.

Other awards include a Genie for best feature documentary for Strand: Under the Dark Cloth, a personal portrait of his mentor, the photographer/filmmaker Paul Strand. More than a decade later his film on the Cape Breton coal miners choir, Men of the Deeps, would pick up three Gemini awards including best performing arts, best documentary 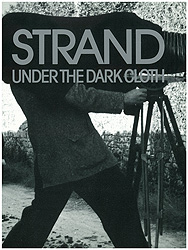 Walker made several films for British television, tackling some of the foremost tragedies of the twentieth century. He directed and photographed two films in the BBC/October Films trilogy The Hand of Stalin, which addressed the devastating human suffering under Stalin`s regime. His opening film was called a masterpiece and the films were broadcast to general acclaim: “oral history at its most devastating,” said London`s Daily Mail; “words fail the enormity of what these films reveal,” said The Observer. The British Press Guild, Royal Television Society, and the Academy of Canadian Cinema & Television nominated the trilogy for best series.

His 1991 groundbreaking film Distress Signals, based on the communication theories of Canadian scholar Harold Innis lead a series of films on Britain`s Channel 4 entitled “Channels of Resistance”. Other directorial credits for Channel 4 include Hidden Children, a film about children who concealed their Jewish identity to survive the Holocaust, and Orphans of Manchuria, also nominated for the Donald Brittain Award, which dealt with the plight of Japanese children orphaned in China at the end of WWII.

In 1996, Walker turned his attention to a tragedy on Canadian soil, specifically a look into thelives of the Mushuau Innu of Davis Inlet, Labrador. The result, Utshimassits: Place of the Boss brought another Donald Brittain Award, as well as awards from The Yorkton Film Festival, and the Atlantic Film Festival.

Walker co-produced, wrote and directed the provocative feature film Passage, a fiction/documentary for BBC and History Television about the fabled Northwest Passage. Martin Knelman of The Toronto Star called it “One of the 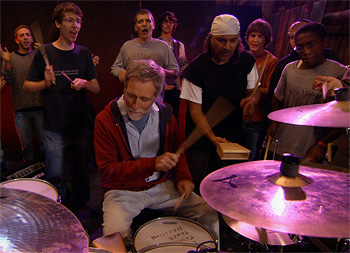 Walker, who has conducted master classes across the country, mentored numerous emerging filmmakers and served as guest programmer for the Hot Docs Canadian International Documentary Festival exhibited his deep passion for the documentary form by joining with others to co-found DOC, the Documentary Organization of Canada (formerly Canadian Independent Film Caucus).

A recent film, A Drummer`s Dream dates back to Walker`s own misspent youth. As he writes in the Director`s Note, released as part of the media kit for the film, “In 1969, when Iwas seventeen, our Montreal-based trio “Heavy” was invited to California to meet with Jim McQuinn of The Byrds and Frank 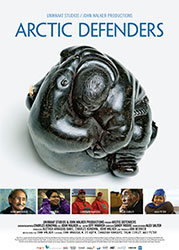 Zappa. Zappa wanted us to open his concert in Haight Ashbury, California – the centre of the universe as far as I was concerned. The thing is, a few days later I was offered a summer job in a very cool photography studio. I had been carrying a camera around my neck since I was eight so this was a tough choice. My wise twenty-two year old band leader said “we’ll consult the I Ching”. We threw the coins and the great Chinese oracle revealed that I was faced with two roads and whatever choice I made would be for life. After several sleepless nights… I chose the studio – gave away my drums and never touched a pair of sticks again.It was a painful choice and it resonated for years – every time I watched a band play I would only see the drummer. Almost forty years later when I heard my friend Nasyr was putting together a camp with some of the best drummers in the world; I knew I had to go – with my cameras rolling.”

His 2013 film, Arctic Defenders, tells the story that began in 1968 with a radical Inuit movement that changed the political landscape forever. It lead to the largest land claim in western civilization, orchestrated by young visionary Inuit with a dream – the governance of their territory – the creation of Nunavut. At the 2013 Atlantic Film Festival it was given the prize for best Atlantic feature, winning $8,000 in services. It was chosen to open the Planet in Focus Film Festival in Toronto in November of 2013.

His most recent film, 2015’s Quebec My Country Mon Pays was selected to screen at the 2016 Hot Docs festival in Toronto. It charts the impact of Quebec’s Quiet Revolution – dramatic cultural and political changes, the separatist movement, the FLQ crisis and ultimately, the exodus of more than 500,000 English-speaking Quebecers. Walker moved to Toronto in the late seventies along with his parents and thousands of others like them and so this is a personal film. It focuses on the Montreal-born filmmaker’s complicated relationship with the province, where his roots go back 250 years. It’s a film brimming with love and longing. “My entire adult life, I have continually asked myself ‘Why did I leave Quebec?’ It’s a question that haunts me,” said Walker, who is now based in Halifax. “I feel so connected to the place, but never at home there, and I wanted to explore that in a very personal way.”

This biography is Copyright © 2010 by Northernstars.ca and may not be reproduced without prior written consent. For more information about copyright, click here.