(August 23, 2017) We’re a little less than two months away from the launch of the 18th Annual imagineNATIVE Film + Media Arts Festival, but organizers today announced the opening and closing Gala films at the world’s largest Indigenous festival showcasing innovation in film, video, audio and digital media.

The opening night Gala on Wednesday, October 18 is titled Waru and the screening will take place at the Hot Docs Ted Rogers Cinema. Directed by eight Māori women, Waru is the name of the young boy at the centre of this story, a young boy who dies at the hands of his caregiver. Directors Chelsea Cohen, Ainsley Gardiner, Briar Grace-Smith, Paula Jones, Casey Kaa, Renae Maihi, Awanui Simich-Pene and Katie Wolfe, each tackle a ten-minute segment of Waru to create one complete, remarkable story through the lens of multiple family and community members as they deal with the horrific loss. Waru will be preceded by the short film Holy Angels, directed by Jay Cardinal Villeneuve, a 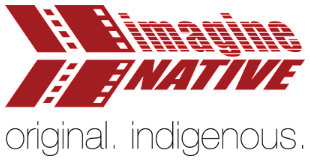 On Sunday, October 22, the closing night Gala will be The Road Forward, a musical documentary by Métis/Dene award-winning filmmaker, Marie Clements at the TIFF Bell Lightbox. Connecting the beginnings of Indigenous nationalism on West Coast – a pivotal moment in Canada’s civil rights history – with the powerful momentum of First Nations activism today, The Road Forward’s stunningly shot musical sequences, performed by an ensemble of some of Canada’s finest vocalists and musicians, seamlessly connects past and present with soaring vocals, blues, rock, and traditional beats. The Road Forward is a rousing tribute to those who fought for First Nations rights, a soul-resounding historical experience, and a visceral call to action.

The 18th Annual imagineNATIVE Film + Media Arts Festival runs from October 18 to 22. More programming will be announced in the coming weeks.