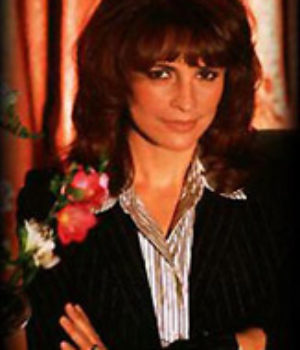 Character actresses are not as common as their male counterparts in today’s film industry. However, prolific Canadian actress Alberta Watson made a name for herself by specializing in a certain type of character. Since her career began in the late 1970s, she has repeatedly played sultry maternal types, and in particular cool, no-nonsense women. She was usually remembered for her role as Madeline on the cult cable-TV series Nikita.

Faith Susan Alberta Watson was born on March 6, 1955 in Toronto, Ontario. As a teenager she appeared in a number of local 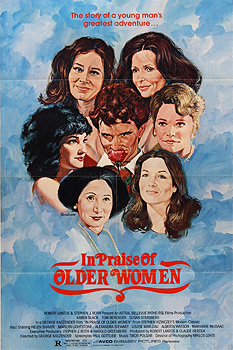 theatre productions before branching out into film and television in her early 20s. Her first onscreen role was in the 1978 thriller Power Play. Her second film came the same year in the sexy, X-rated drama In Praise of Older Women (1978), a film, it could be said, which set the tone for the rest of her career. At 23 years old, Watson was nominated for a supporting actress Genie award for her performance in the film.

She appeared in a number of features and TV movies over the next few years, including Stone Cold Dead (1979), War Brides (1980), Passengers (1980), Dirty Tricks (1981), and Black Mirror (1981). She also appeared on an episode of the popular Canadian sitcom, The King of Kensington with Al Waxman.

In the early 1980s, Alberta Watson moved to the U.S. and continued to work regularly, obtaining more significant roles as the years progressed. She appeared alongside names such as Ken Wahl and Jeffrey Jones in The Prisoner (1982) and John Rhys-Davies and Michael Ironside in Best Revenge (1981).

In 1983, she won a major role in Michael Mann`s stylish historical horror film about a haunted Nazi stronghold, The Keep, which also featured performances by then- little-known actors Gabriel Byrne and Ian McKellan. That same year, she won a role in the made-for-TV Leonard Cohen musical short film entitled I Am A Hotel (1983). And so began a love affair with television. For the next four years, she worked exclusively on the small screen. She appeared on episodes of Hill Street Blues, The Hitchhiker, The Equalizer and Street Legal. She also appeared in the 1985 sci-fi TV movie Murder in Space, the mini-series Kane & Abel (1985), and the short-lived Beverly Hills 90210-esque TV series Fortune Dane (1986).

A major break came in 1986, when Watson co-starred in the TV movie Women of Valour, alongside Kate Nelligan and Susan Sarandon. Women of Valour told the story of a group of army nurses captured and incarcerated by the Japanese during World War II.

Watson followed it up with another TV movie called Buck James (1987) and briefly returned to the big screen in White of the Eye (1987), cult director Donald Cammel`s second-last feature. She appeared in two TV movies in the last year of the decade, Red Earth, White Earth (1989) with Genevieve Bujold and Richard Farnsworth, and the sci-fi thriller Shannon’s Deal (1989). A role on the short-lived TV series Island Son (1989) followed.

During the 1990s, Alberta Watson continued to appear in B-movies such as the Chuck Norris action flick, The Hitman (1991) and TV movie thrillers like Relentless: Mind of a Killer (1993) but she also began taking roles in independent films. She played a small role in the urban Romeo and Juliet tale of Anthony Drazen`s Zebrahead (1992), which was nominated for a number of awards at various film festivals. She also appeared on episodes of Law and Order, Matrix and The Outer Limits.

She enjoyed a much higher profile when she starred as the depressed, addicted incestuous mother to Jeremy Davies’ put-upon teen in novice director David O. Russell`s award-winning black comedy, Spanking the Monkey. The film was the darling of the 1994 Sundance Film Festival and her performance won rave reviews. It would be the first in what would become a common theme for the actress. In 1995, Watson played mother to Jonny Lee Miller`s teen computer whiz in Iain Softley`s cult film Hackers.

A role as mobster John Gotti`s wife, Victoria, further moved her into the mainstream in the Golden Globe and Emmy nominated TV movie, Gotti (1996). She returned to Canada to appear in Colleen Murphy`s 1996 film The Shoemaker, 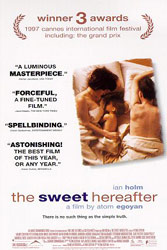 and was nominated for a Genie for her portrayal of a romantically bruised woman. Sweet Angel Mine, also released in 1996, was a romantic thriller and brought yet another sultry maternal role for Watson. She followed it with two strong performances in the otherwise unremarkable thrillers, Giant Mine (1996) and Seeds of Doubt (1996).

The following year was a landmark year for Watson, as 1997 was the year that Nikita began airing, and it was also the year that famed Canadian director Atom Egoyan made The Sweet Hereafter. She played the adulterous, mourning wife and mother, Risa, and contributed a strong, nuanced performance to that of the already impressive ensemble cast. The Sweet Hereafter raked in the nominations, most impressively winning seven Genie Awards, earning two Academy Award nominations and winning two jury prizes and the FIPRESCI award at Cannes.

But she really shone in Nikita, as anti-terrorist strategist Madeline at Section One, the secret high-tech anti-terrorism government branch. Madeline’s cold, manipulative seductiveness played nicely against Nikita`s (Peta Wilson) young, conscience-riddled fledgling assassin and won over legions of fans. Nikita ran for four years, from 1997 until 2001, and was nominated for nine Gemini awards (winning three). Watson was nominated for a Best Supporting Actress Gemini in 1998.

Shooting Nikita kept he pretty busy for four years, but she managed to fit other projects in her schedule and playing mothers in all of them. The Lolita-esque TV thriller The Girl Next Door (1999), the melodramatic thriller Desire (2000), and Deeply (2000), and finally Shoemaker which co-starred Lynn Redgrave, Kirsten Dunst and Brent Carver. Deeply and Shoemaker both debuted at the 2000 Toronto International Film Festival.

After Madeline was killed off during Nikita’s second-last season, Alberta Watson added another Sundance Film Festival prizewinner to her resume, with the raucous, tender, transgender rock musical Hedwig and the Angry Inch (2001). The film, which has become a cult favourite in the style of Priscilla, Queen of the Desert and The Rocky Horror Picture Show, won both the Director`s Award and the Audience Award at the 2001 Sundance Film Festival and was nominated (and won) countless other awards, including a Golden Globe nomination for writer, director and star John Cameron Mitchell. Watson played Hedwig Schmidt, the title character`s East German mother, in a coldly funny performance and stole many of her scenes.

After Hedwig and the Angry Inch, Watson appeared in the TV movie After the Harvest (2001), playing mother to Liane Balaban and Nadia Litz and wife to Sam Shepard. The social drama Chasing Cain (2001) followed, detailing two detectives’ (Watson and Peter Outerbridge) search for the drive-by shooter of a Croatian abortion clinic employee in Toronto. Also released in 2001 was Tart, a movie starring Dominque Swain, Scott Thompson and Melanie Griffith. Her fifth film that year was The Art of Woo, a Breakfast At Tiffany’s-style tale which co-starred Adam Beach and former MuchMusic VJ Sook-Yin Lee.

She next appeared as Mercedes Reuhl’s sister in the TV movie Guilt By Association (2002) and the Cain and Abel story of two Irish brothers in Irish Eyes (2002). She also appeared in Thom Fitzgerald`s acclaimed The Wild Dogs, as a wealthy ambassador`s wife. She also revisited an earlier project reprising her role in Chasing Cain in the TV movie based on that film, titled Chasing Cain: Face.

In 2003, Watson landed roles in three TV movies. She starred in the thriller The Risen, lent her husky voice to the animated series Penguins Behind Bars, and co-starred in Choice, the story of controversial Canadian physician Dr. 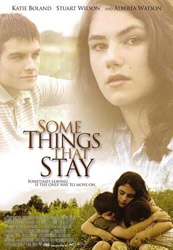 Henry Morgentaler. The same year she was cast in a recurring role as Susan in the updated version of the acclaimed Canadian series The Newsroom and appeared in the pilot episode of the crime drama 1-800-MISSING.

Alberta Watson played the role of mom, yet again, this time to twin rowing champions in the directorial debut of Jordan Baker, My Brother`s Keeper (2004), and played a judge in an episode of Comedy Central`s Puppets Who Kill. She also plays Julia Stiles’ mother in the charming romance The Prince and Me (2004), directed by Martha Coolidge and almost to the point of beng typecast, Watson played the role of mother in the 1950s rural drama Some Things That Stay (2004). In the highly popular, emotionally charged and innovative hit TV series, 24, which starred Kiefer Sutherland, she played the role of Erin Driscoll. While heading the fictional CTU, she again played a mom in an extremely challenging and ultimately heartbreaking role probably reaching the largest TV audience in her career.

Alberta Watson carved quite a niche for herself by playing tough, sexy women and mothers, and often a combination of the two, on television and in independent film.

Alberta Watson died in Toronto a couple of weeks after turning 60. She had battled lymphoma for a number of a years.

This biography is Copyright © 2015 by Catherine Solmes and may not be reproduced without written permisson. For more information about copyright, click here.

The posters for In Praise of Older Women and The Sweet Hereafter were scanned from originals in the Northernstars Collection.