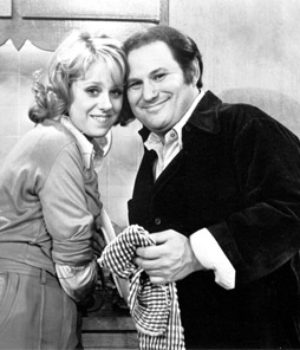 When Al Waxman died in January of 2001, Canada lost one of its more remarkable players. Waxman died due to complications arising out of a bypass operation. He had had problems with his heart before including a heart attack and angioplasty in 1987. He had done a lot to take control of what had been a lifelong struggle against a weight problem. Just four years earlier he had shed a significant part of his weight and was quoted as saying “…the main incentive (to lose weight) was I’ve got a lot of good work I want to do in the next number of years.” At the time he was getting ready to take the stage at Stratford to star as Shylock in the 2001 production of The Merchant of Venice. He had memorably played Willy Loman in the 1997 Stratford revival of Death of a Salesman, and directed a production of Diary of Anne Frank at Stratford in 2000. “I would not have felt complete as a Canadian actor if I hadn’t acted at Stratford.” Acting was a passion for Al Waxman and it all began when he wandered into the darkened vault of a movie house as a young boy.

Albert Samuel Waxman fell in love with acting when he first saw The Al Jolson Story. He claimed to have sat through the movie 27 times. Whatever the number, the experience clearly changed his life. Somewhere in the dark of a movie theatre the magic images cast their spell and Waxman knew he wanted to be an actor. He also knew it wouldn’t be easy. Like most kids who gravitate toward a career in the performing arts, there is usually a family to contend with and his was no exception. Jewish immigrants from Poland, they wanted him to find a real job. His parents owned and operated a small restaurant, Melinda Lunch, that used to stand opposite the old Toronto Telegram building. His mother later ran The Simcoe House tavern. His father, Aaron, died when Waxman was just nine. But Al knew what he wanted and by time he turned 17 he was performing live radio drama on CBC.

If getting into acting was a big step, it was the first of many. Waxman wanted to study acting with the best and at that time the best went to London, England, or New York. Al did both. He started in New York after he scraped together $200 to study at the Playhouse Theatre where, among other things, he took lessons in dance. His next stop was London, England, in 1961.

It was in London that Al Waxman landed his first role in a movie. The War Love, which starred Steve McQueen was the start of Waxman’s career and it was, almost predictably, ignored in his hometown. He returned to Toronto but not for long. Following the death of his mother he headed south to Hollywood. Growing up in a “restaurant family” came in handy. While fruitlessly knocking on doors and trying to make connections he was forced to take anything just to stay in Hollywood. Although he never had to resort to “parking cars or pumping gas” as the song says, he has written about taking a job as a short order cook at Barney’s Beanery. Hollywood is where Waxman learned that “making it” was going to be an ongoing effort.

And so he returned to Canada more determined than ever to find that elusive break his career desperately needed. He didn’t know it at the time but the role that was 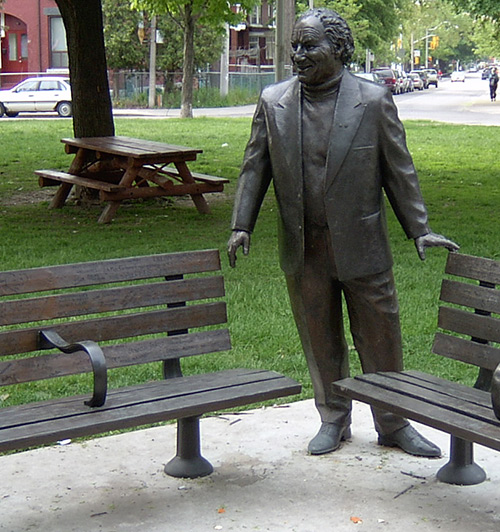 waiting for him was The King of Kensington. Costarring Fiona Reid (pictured above) the timing of the series was perfect, seeming to answer the growing demand for a truly Canadian sitcom.

Although he had been in a few movies before The King of Kensington, his career began to move into high gear when the highly acclaimed series came to an end. In 1981 he appeared in the made-for-television movie Cagney & Lacey which was a pilot for a new series. The series was picked up and Waxman became a regular, appearing in 125 episodes, which also featured another Canadian actor, Harvey Atkin. This much-needed US exposure brought him the first of a long series of film offers and he worked steadily right up until his death finishing a project just two days before entering hospital. One of his last big screen efforts was in Norman Jewison’s film, The Hurricane where he played the role of the prison warden.

Over the years, Waxman received numerous industry awards and award nominations for his work in film and television, including the Gemini, ACTRA, Clio and Emmy awards. He taught as an Adjunct Professor of Theatre and Film at York University from 1986 to 1996. He was actively involved with a number of cultural and charitable groups including Academy of Canadian Cinema and Television, B’nai B’rith Canada, Stratford Festival, Big Brothers, Variety Club, Canadian Film Centre, Directors Guild of Canada, Association of Canadian Television and Radio Artists, and the Ontario Film Development Corporation. Waxman was a recipient of the Queen’s Silver Jubilee Medal, and was made a member of the Order of Ontario in 1996 and a member of the Order of Canada in 1997. In early 2000 he joined the Board of Directors of the Toronto Arts Council.

As a lasting tribute to “The King of Kensington” a life-size, cast bronze statue of Al Waxman standing between two park benches was unveiled on June 23, 2002 at Bellevue Square Park, near Kensington Market in Toronto, Ontario.

This biography is Copyright © 2001 by Ralph Lucas and may not be reproduced without written permission. Click here for more information about copyright.