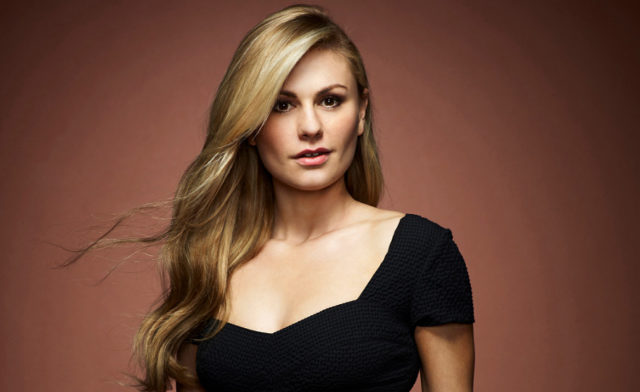 (February 6, 2019 – Toronto, ON) We’re going to take it on faith that you already know about all the great Canadian content on Canadian television and, with great hope and fingers crossed, we’re also fairly sure you know which Canadian movies are now playing or coming soon. But what else is going on? Who’s out there and what are they doing that you may have missed? Short answer: It depends on where you look.

On Netflix, if you’re watching the third incarnation of True Detective, look for Sarah Gadon in a small but important role as Elisa Montgomery, a filmmaker shooting a documentary about a crime that happened years before. Indigenous Canadian actor Michael Greyeyes also had a small but pivotal role until he made a rather explosive exit.

Then there’s American Gods on Amazon’s Prime streaming service. Shot mainly in and around Toronto and southern Ontario beginning in 2017. If you’re new to this streaming service and haven’t caught this yet, American Gods is a strange show with a wild opening sequence in the first episode. Well worth seeing, especially if you’re a fan of British Actors Ricky Whittle and Ian McShane. Canadian actors include the previously mentioned Michael Greyeyes, Sonja Smits, Olunike Adeliyi, Ron Lea, David Lennick, Scott Thompson and Parveen Kaur. Look for Jonathan Malen, Devery Jacobs, Douglas Myback, Dean Winters and others in more recent episodes. It is weird and you have to pay attention but it’s very well made and worth the time and effort.

Also on Prime is Philip K. Dick’s Electric Dreams. Each episode is a stand-alone production based on his short stories. Anna Paquin (pictured above) stars in an episode titled Real Life in which she plays a policewomen

named Sarah living sometime in the future. Empire’s Terrence Howard costars in this episode of the anthology series. Worth looking for and worth watching.

On the big screen, if you see On the Basis of Sex, the biopic about U.S. Supreme Court Justice Ruth Bader Ginsberg’s early life and career, there are many Canadian actors on screen. The feature was shot in Washington and Montreal and a number of post-production and special effects companies that were involved in bringing this riveting feature to completion are based in that city. On screen look for Wendy Crewson, Arthur Holden, Joe Cobden, John Ralston, Geordie Johnson, Amanda MacDonald and Patrick Ryan to name a few. The score was composed by Mychael Danna.

The 3rd animated feature in the How to Train Your Dragon series brings the voice of Jay Baruchel back as Hiccup. It was directed by Ottawa-born Dean DeBlois. Special note: The Toronto Animation Arts Festival International (TAAFI) has announced that it will host a screening for How to Train Your Dragon: The Hidden World, followed by a Q&A with Director and Writer, Dean DeBlois and actor Jay Baruchel. The screening runs Saturday, February 16 at 7:15 PM at the Hot Docs Ted Rogers Cinema during the TAAFI 2019 Festival, which showcases more than 100 animated shorts and four feature films from more than 50 countries 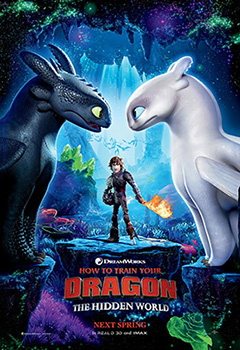 Speaking of animated features, Will Arnett is the voice of Batman in The Lego Movie 2: The Second Part. It opens this Friday, February 8.

Also opening this Friday is What Men Want. Look for Jason Jones in the role of sports agent Ethan opposite Taraji P. Henson as Ali Davis, the owner of the agency. In a reversal of roles from the 2000 movie What Women Want, which costarred Mel Gibson and Helen Hunt, it’s Ali who suddenly gains the ability to read men’s thoughts. The original was witty and touching and provided some real insight into relationships when it was released. We can only hope What Men Want will do the same. We mention this film because Jones rarely shows up on the big screen. He is best known for his work in the series The Detour, now in its 4th season.

Watch for Taylor Russell in the horror-thriller Escape Room. She is known for playing teenaged doctor Judy Robinson in the Netflix reboot of Lost in Space. And still on the big screen, South African-Canadian filmmaker Neill Blomkamp is 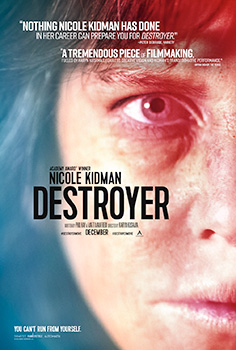 shooting a thriller titled Greenland. It’s his first feature not based on one of his own screenplays.

A special mention to watch for Tatiana Maslany in the Nicole Kidman hit Destroyer. She is so immersed in her character that you may miss her in her role as Petra. Stunning performances in all her scenes.


Opening March 1st is Greta, from Focus Features. We screened this film at TIFF 2018 and it’s a subtle thriller with some great plot twists and turns. Chloë Grace Moretz plays a sweet, naïve young woman trying to make it on her own in New York City. Finding a purse left on the subway, she tracks down the owner, Greta, played impeccably by Isabelle Huppert. It’s a good scare and we mention it because Colm Feore plays dad to Chloë Grace Moretz.


While we don’t normally cover theatre, fans of Toronto’s Coal Mine Theatre should know that the opening of its production of The Father, written by Florian Zeller has been pushed back. In a note from the theatre they stated that Nicholas Campbell is “too ill to be able to continue” and that Eric Peterson, one of Canada’s finest actors, will be stepping in for his good friend. They also state that “Mr. Campbell will make a full recovery and we wish him all the best.” Reports state he was sidelined by the flu. The Father, directed by The Coal Mine’s co-founder Ted Dykstra, will now begin its run this Sunday, February 10. We join with the Coal Mine and all his friends in wishing Nicholas Campbell a speedy recovery.

That’s it, for now. Like the title says, keep looking for Canadian talent on both the big and no-so-big TV screens because we really are everywhere.