Home News What CanCon Means to Me 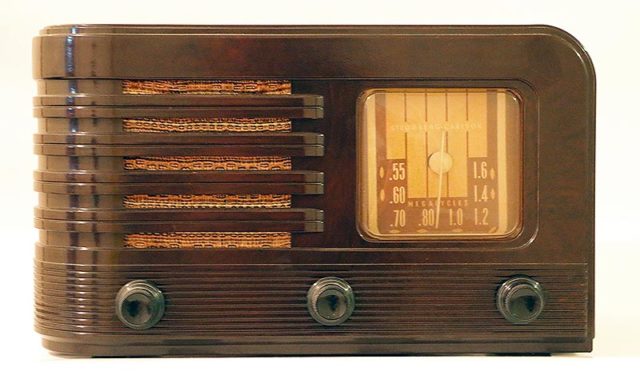 What CanCon Means to Me
by Jim Slotek

It seldom occurs to the people touting their favourite defining moment that, if there are so many defining moments, it just might be that Canada “happened” incrementally, and continues to evolve.

That said, I will offer you the defining moment that made me proud to be Canadian in my lifetime. It is, in true Canadian fashion, a government dictate, but one that affected millions of ordinary Canadians.

It was radio Cancon – the 1971 federal mandate that demanded of radio stations that they play 25% (and later 30%), Canadian music. There are as many ways to listen to music now as there are websites, but back then, radio was the background soundtrack to most people’s lives. And our consciousness as Canadians began to change with the hit songs that filtered into our collective brain.

Cancon did, and continues, to anger libertarians, conservatives and free-marketers. But here’s what Cancon meant to me.

At 14, I won an all-Cancon album by collecting on pop bottle tops, the faces of all the members of Edward Bear. Among others, the album contained songs by The Stampeders, Myles & Lenny, Fludd and Lighthouse (good luck collecting the faces of all of them). Years later, I would get to know some of them quite well – including Edward Bear’s Danny Marks, Fludd’s Greg Godovitz and The Stampeders’ Rich Dodson.

Flash ahead a few years and I am a bartender at Dick Turpin’s Pub in the Red Oak Inn in Thunder Bay. The drinking age then was 18, and personnel transferred me to the busy bar from hotel housekeeping with nobody bothering to check my age (I was a tall kid). So it was that I began illegally dealing a legal drug at 17.

At some Saturday Night Feverish point down the road, Dick Turpin’s would join the disco craze and let go of live bands with both hands. But for a glorious few years, it was nearly all-Cancon all the time.

And the bands that would come in to play from mid-week to Saturday all had at least one hit on the radio.

There were The Raes (a squabbling husband-and-wife, future CBC TV stars who had a disco-cover of Que Sera Sera), Patti Dalquist (Keep Our Love Alive), Charity Brown (You Beat Me To The Punch), Dublin Corporation (Come And Join Us), Gary And Dave (It Might As Well Rain Until September), Wednesday (‘70s covers of ‘50s hits Teen Angel and Last Kiss) and country singer Carroll Baker (Ten Little Fingers and scads more).

The job had an adverse affect on my high school grades, what with my having to close and clean up the bar and often join in aiding the musicians in finding something, anything, to do in Thunder Bay at 2 a.m. in the ‘70s (it usually involved an impromptu party at someone’s place).

But I was an aspiring musician, already playing around and teaching adult-beginner guitar classes for Thunder Bay Parks and Recreation. And I wanted to know everything about the lives and lifestyle of these men and women.

I could tell it was a grind. But I also heard the real deal of what it meant to have a Canadian hit record. It obviously didn’t make you rich. But it made you a draw. People came to see these bands they didn’t know, only because they had a song on the radio. A packed bar meant more staff were necessary. Everybody got paid, including me. The money got spread around (in my case, mostly on my car and my someday-I’ll-leave-this-town savings).

Every band knew that without that one hit, they probably wouldn’t be where they were, however modestly they were paid.

I always like to imagine the panic that ensued in radio programming office when they realized the extent to which they would have to come up with Canadian songs, and that there wasn’t enough Guess Who, Gordon Lightfoot and Anne Murray in the world to fill the schedule. They needed to go to the “Beaver Bin,” the trashcan into which they’d dismissively tossed records by unheard Canadian bands.

It seemed from my vantage point behind the bar that, for a while, every aspiring band with instruments and a garage had a shot at being heard.

Money kept Cancon from working optimally in other areas. TV shows cost money, and Canadian television networks didn’t have the luxury of commissioning 20 pilots and airing the least lousy one. So whatever got made got aired – often to the detriment of our concept of “Canadian TV.”

As for movies, there’s probably a book in how the exhibitors managed to avoid Cancon. The state of Canadian movies provides an object lesson in how well our homegrown industries are treated by entertainment corporations without some kind of fire under their butt to motivate them.

But a band is a band and a singer is a singer. Recording a song is cheaper than making a movie by a factor of thousands. And in real terms, it did not cost broadcasting companies anything to make hits out of Canadian songs.

But it did allow for homegrown labels to pop up, and for U.S. labels to get in on the act by creating Canadian branches whose main job was to find new acts to slip under the 30% bar.

Of course, the entire business model of music – especially recording and broadcasting – has been turned upside down by the digital age. But for that brief glorious period in the ‘70s and ‘80s, Canada’s consciousness solidified around its music.

There were labels, there was airplay, there were record sales, there were fans.
And the spoils of that brand new ecosystem were distributed in every town from Prince Rupert to Thunder Bay to St. John’s.