Home News What’s On Where? 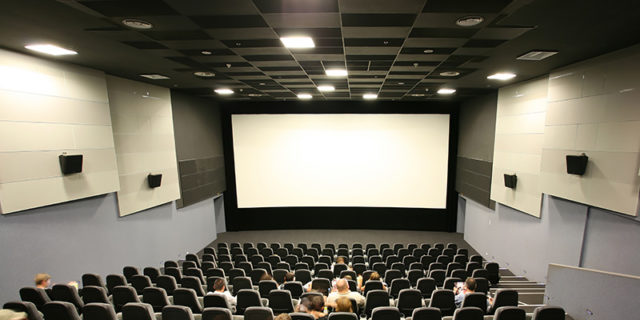 What’s On Where?
by Ralph Lucas – Publisher

(March 20, 2020 – Toronto ON) On March 16, Cineplex, in response to growing concerns of the spreading COVID-19 virus, announced the temporarily closing of its network of theatres and location-based entertainment venues across Canada. Their media release stated the closure would continue until April 2, 2020, and “the re-opening of locations will be reassessed at that time.”

This, of course, played havoc with our tracking of Canadian films Now Playing and Coming Soon. Some smaller indie cinemas seem to remain open, and some Coming Soon dates for films remain intact, although Mongrel Media announced the film Easy Land would be pushed ahead from March to April 17. We are doing our best to keep our film info as current as possible but suggest you check first with the any venue you plan to attend, and ask yourself if your best course of action is to stay put and practice “social distancing.”

In this digital age with 500 channels, there is a lot of great Canadian content online. Here are just a few options:

The National Film Board (NFB) has more than 4000 films from their vast catalog of narrative and documentary shorts and features available free of charge online.

Here are some of their specific channels with direct links:
Cartoons for Kids
Made in Canada
Documentary

CBC Gem is a free streaming service, offering more than 5000 hours of live and on-demand Canadian programming and a curated selection of best-in-class content from around the world including:
750 documentary titles.
Library of 120+ Canadian films, with a new film added each week.
More than 300 hours of ad-free content for kids and tweens.
245 new hours of content added to CBC Gem in March (more than any other month to date) including the Oh! Canada! Retro Favourites series collection (Kids in the Hall, The Newsroom, Slings & Arrows, etc) and the National Film Board of Canada documentary collection (What Walaa Wants, Beauty, The Girls of Meru).

Also CBC News Network is now free for all CBC Gem users.   We previously announced CBC’s Movie Night In Canada, and the news that the Festival international du film sur l’art (FIFA) has posted its program online from March 18 to 19 for $30.

On a much smaller basis, fans of Guy Maddin will be pleased to know he has shared his film The Green Fog for free on his Vimeo account.

Other great Canadian content on CBC’s main network include these programs this Sunday, March 22:

CBC Docs POV: Margaret Atwood: Encounters – Sunday at 6 p.m. (6:30 NT)
The success of the television adaptation of her novel The Handmaid’s Tale has made Atwood a household name, yet few know the private Margaret Atwood. Who is the woman behind these stories? How does she always seem to know what’s to come? This is a repeat broadcast.

Gordon Lightfoot: If You Could Read My Mind is a CBC TV premiere also on Sunday at 7 p.m. (7:30 NT). It’s a 2 hour documentary special) that explores the career, music and influence of legendary Canadian musical icon, Gordon Lightfoot.

CBC Docs POV: The Internet of Everything – Sunday at 9 p.m. (9:30 NT) This film provides a landscape for a broader discussion about whether the internet has indeed been a democratizing force or a fertile ground for the formation of new empires.

CBC has also added more than 300 hours of ad-free programming for kids and tweens free on CBC Gem Access to educational platform Curio.ca now free across Canada. Also, the CBC Kids TV block has been extended each weekday from 7 a.m. to 12 p.m. And Studio K, CBC Kids News and RECAP will shoot remotely to continue to provide young audiences with trusted information and entertainmentt.

CBCKids.ca offers hundreds of free games, videos and articles with activities for kids ages four to 10.

CBC Podcasts has content for kids of all ages, including THE STORY STORE, run by CBC Kids hosts Gary the Unicorn and Mr. Orlando and featuring stories ordered by real kids across Canada; TAI ASKS WHY for curious preteens who are looking for answers to life’s big questions; and THE SECRET LIFE OF CANADA for high-schoolers eager to learn Canada’s untold history.Episodes are available wherever you get your podcasts.

Depending on where you live and your cable service, you can find Canadian content on the CRAVE movie channels. A quick sampling from this coming weekend: The U.S. film, directed by Denis Villeneuve Sicario: Day of the Solado is on the schedule this weekend as is Ryan Reynolds’ Deadpool 2. The Canadian animated feature Racetime is also on Crave, as is the Québec film Chien de garde and the documentary Sharkwater Extinction.

Also, your cable service may carry the old movie channel Silver Screen. Most of the films are not Canadian, but dotted throughout their schedule is something called True North Classics. Each is a collection of various National Film Board documentaries, edited into a 1-hour presentation. Interested in seeing what the country was like in the 1930s, or ‘40s, or ‘50s, it’s a great visual trip down memory lane. An episode I watched recently had documentaries about how books got published in Toronto with famous author Morley Callaghan in it. Another showed the work of Inuit coalminers and yet another showed a demonstration of the skills of a military motorcycle dispatch team doing their own sort of musical ride. One particularly good segment, in colour, was a profile of Group of Seven artist A.Y. Jackson, tracking him as he made his way into Northern Ontario in the fall, and Quebec in the winter to paint the images he was famous for. If you’re old enough to know the name Fred Davis, it was great to see a very much younger version of him as on-camera interviewer for a short filmed titled Forest Wardens.

Want to see some of Canada’s Hollywood stars, try Turner Classic Movies (TCM). This weekend Alexis Smith costars (with Clark Gable) in the 1949 film Any Number Can Play. Julia Misbehaves is a 1948 feature that costars a young Elizabeth Taylor along with Greer Garson and Walter Pidgeon.

In short, there is a lot of really great Canadian content on television and online. Relax, stay safe, enjoy.