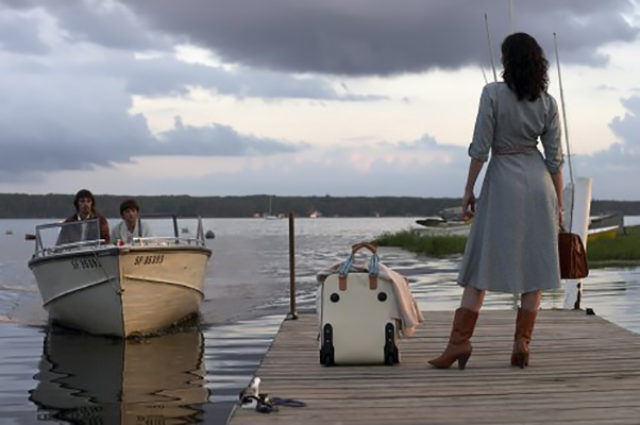 Who Loves the Sun
Review by Wyndham Wise

The plot of Matt Bissonnette’s Who Loves the Sun has been used so many times in low-budget Canadian movies it must be taught in Film 101 at every film school across the country. The return of a troubled son/daughter/niece/nephew to the family home – in the case of Who Loves the Sun it’s the family cottage – to work out some past grievance or traumatic event with the remaining unhappy family members who live in said home or cottage. Invariably, the skeletons come out of the closet in the third act.

Recently we’ve had Larry Kent’s Hamster Cage. In 2006 it was Louise Archambault’s Familia, in 2003, Wiebke von Carolsfeld’s Marion Bridge, and in 1997 is was Thom Fitzgerald’s The Hanging Garden. In what is surely a sub-genre of Canadian filmmaking, its antecedent can be traced back to Paul Almond’s classic Isabel (1968) with a very young Geneviève Bujold returning to the family homestead. 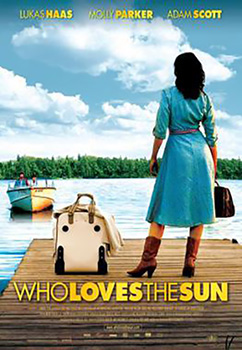 Who Loves the Sun opens with the return of Will (Lukas Haas) from a five-year sojourn to “everywhere…nowhere.” Through clipped dialogue and pauses worthy of Harold Pinter at his most annoying, we learn that Will is a troubled young man and an aspiring writer. He is not, however, the son of the couple who own the cottage, Dr. and Mrs. Bloom (R.H. Thomson and Wendy Crewson), but they seem to know each other. Soon the Blooms’ son, Daniel (Adam Scott), Will’s best friend from childhood who is now a successful published writer and magazine editor, arrives from New York City, and tempers immediately flare. The cause of the raucous, Will’s ex-wife, Maggie (Molly Parker), is the next to show up, to complete the cast.

As the ménage-à-trois part of the plot, Parker, Haas and Scott perform their various roles with aplomb, and for the most part charm despite the wooden dialogue they are forced to speak. As the secondary characters in this dreary family drama, Thomson and Crewson do not fare so well. There is no spark between them, and they are often used as no more than sounding boards for the three leads to advance the story. Thomson looks tired and disinterested, and Crewson plays Crewson. The secret, when it does come out, is actually no big deal and makes sense. Things come to an uneasy but sort-of-happy ending.

If Molly Parker is not yet tired of playing the lovely, enigmatic love interest in low-budget Canadian films, she should be. An actor blessed with a depth of talent and leading-lady good looks, she’s done yeoman’s work in dozens of films of this type. She has paid her dues, and her commitment to independent Canadian movies is admirable – Who Loves the Sun is directed by her husband, who wrote the part of Maggie as a love letter to her – but she’s capable of so much more. I just wish she would take a bite out of a big-budget mainstream film once in awhile to strut her considerable stuff.

Also see: The Cast & Crew of Who Loves the Sun.

That Beautiful Somewhere – A Review

Away From Her – Review