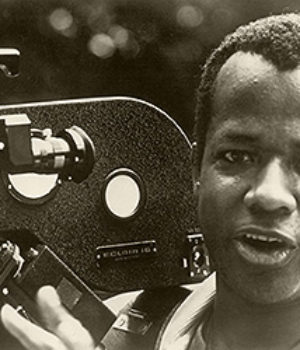 The Harlem-born William Greaves was Canada’s first black filmmaker. In 1948, he joined the fabled Actor’s Studio and studied alongside the likes of Marlon Brando, Anthony Quinn and Shelley Winters. He pursued an acting career on the New York stage, but unsatisfied with the parts he was being offered in button-down McCarthy-era racist America, he relocated to Montreal in 1952. There he joined the National Film Board of Canada, and for the next decade or so sharpened his skills as a filmmaker on shorts such as the award-winning Gold (1955, sound editor) and two from the the influential Candid Eye cinéma-vérité series, Blood and Fire (1958, editor) and Emergency Ward (1959, director and editor), which focuses on the goings-on of a busy emergency ward of a Montreal hospital on a Sunday evening. He directed his last film for the Board, Four Religions, in 1960.

Greaves later wrote about his reasons for joining the Board and working in Canada: “I had a very good opportunity in Canada. The Canadians were much more liberal than Americans. Race didn’t have that much meaning to them. And I was fortunate to be taken onto the production staff of the National Film Board, set up by John Grierson. I was taken by his social uses of film. He proposed ways in which film could be a social force, an educational tool. And this interested me.”

He returned home in 1962 and took a position with the United Nations, and was hired by the U.S. Information Agency to make several documentaries. He formed his own production company, William Greaves Productions, in 1964 and became committed to the burgeoning Civil Rights Movement led by Dr. Martin Luther King. In 1969, he produced the Emmy Award-winning Black Journal, a news magazine for, by and about African-Americans for the National Educational Television (a direct predecessor to the modern PBS). In 1981, he was the executive producer on the Richard Pryor hit comedy Bustin’ Loose.

Greaves is now regarded as pioneer in the American independent film scene. In all, he has produced and directed more than 200 documentaries and has received more than 70 international film awards. Between 1969–82, he taught film and television acting at the Less Starsberg Theatre and Film in New York. He has been inducted into the Black Filmmakers Hall of Fame and received a Life Achievement Award of the Association of Independent Video and Filmmakers.

William Greaves died at his home in Manhatten after a long illness.

This mini-biography was written for Northernstars.ca by Wyndham Wise and is Copyright © 2013. It may not be reproduced without prior written consent. For more information about copyright, click here.

Marie Prevost – About Me