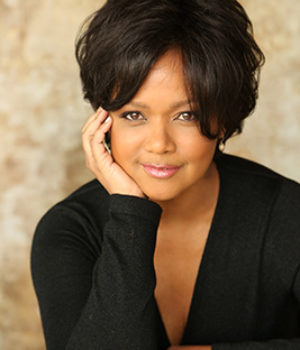 The talented and outspoken Tonya Williams was born in London, England, an only child to Jamaica parents. At the age of two years old her parents moved back to Jamaica so her father could start his law practice, he later became a Supreme Court Judge in the British Virgin Islands. It was during this time that Tonya was enrolled in classical ballet at three years old and then classical piano at five years old. After her parents divorced Tonya, now seven years old, and her Mother a Registered Nurse and Midwife, moved back to England where she attended private schools York House and Greenmore College. Because of the racial problems in England in 1970 her mother moved them both to Oshawa, Canada to give Tonya more opportunity. By this time Tonya was twelve years old was playing classical violin and by all accounts was on track to have a career in classical music, she was even chosen to represent her high school at the famed Ontario Music Leadership Camp.

With no intention to be an actor a chance meeting with a casting director in 1976 moved that trajectory when she booked the national ‘Wear A Moustache’ campaign for television and print. This led to her auditioning and winning a place at Ryerson’s Drama Program after high school. At the conclusion of the program she starred in Mavor Moore’s stage musical Love & Politics which lead to other starring roles including Check It Out costarring Don Adams and Dinah Christie and CBC’s legal drama Street Legal. In 1987 while shooting a Disney movie-of-the-week The Liberators in Canada, she landed a Los Angles agent and in 1988 she officially moved there. After guest roles in Hill St. Blues, Matlock and others, in 1990 she landed the coveted role of Olivia Winters on the daytime drama The Young and The Restless, which she portrayed for almost 20 years (1990-2009). Tonya Williams is also president of Wilbo Entertainment Inc., a Canadian production company with a mandate to produce films and television that creates positive impact on racially diverse and indigenous communities. Through her company she had the opportunity to direct the pilot of ‘Da Kink in May Hair for Vision TV in 2004. She also produced and hosted a CBC special event program Tonya Lee Williams: Gospel Jubilee on CBC-TV in 2004. She continued to star in other works including Clement Virgo’s Poor Boy’s Game in 2007, and the Canadian series The Border and She’s the Mayor.

Always deeply passionate about creating opportunities and changing government funding guidelines for racially diverse and indigenous Canadian filmmakers, in 2001 Williams founded and has been the Executive & Artistic Director of the Reelworld Film Festival which has launched the careers of thousands of artists of colour in the film and media sectors in Canada. While the festival is held on an annual basis, Reelworld has year-round professional development for these diverse artists.

This biography was supplied to Northernstars.ca in 2019.