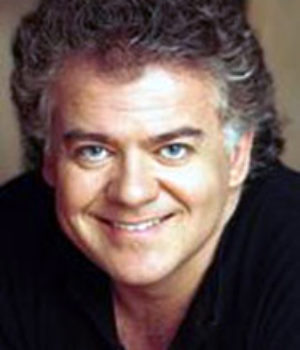 It takes an amazing amount of courage to be a director. For a few short weeks during the life of “The Shoot” you get to tell everyone exactly what to do. It isn’t a job for anyone who is indecisive, occasionally befuddled, or going through a period of self doubt. In some ways it’s a lot like being a lion tamer, or perhaps an old-fashioned Mafia Don. Not that the cast, crew, investors, distributor or network executives are so terrible, but if a director shows weakness at any point in the process, chances are he or she will lose control of the project. And no matter how strong the vision was in the first place, what the director is going to end up with is something less than originally intended. And so to David Winning who directed his first feature when he was just 22 years old. A brave enough act on its own. Braver still when the budget was just $50,000. The result was Storm. It was released theatrically in April of 1988 and picked up by Warner Home Video in 1989 going on to sell over 20,000 cassettes. Not bad. It’s the kind of thing that gives you the confidence to try it again. Killer Image starred Northernstar Michael Ironside and veteran character actor M. Emmet Walsh. Its U.S. premiere at the 1992 Houston Film Festival, resulted in it being named a finalist in competition. Last time we checked, it was still available from Paramount Home Video.

This auspicious start in his career led to a decade of phenomenal growth for Winning. Each new project added to his stature and respect as a talented director who doesn’t shrink from difficult productions. In the last decade he has worked as a guest director for Paramount Pictures Television, Cannell Films, Nickelodeon, Disney, Tribune and the FOX Network. His episodic work has brought a slew of international awards including a remarkable nine First Place Golds from various entries between 1994 and 2004 at the 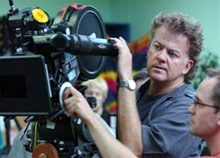 Houston Film Festival. He also won a 1995 Gold Hugo and Two Silver Hugo`s from the Chicago International Film Festival, and four Canadian Gemini nominations for Best Director/Dramatic Series. A very special award, because it came from his peers, was the National Award from the Director`s Guild of Canada for Outstanding Achievement in Television Drama in 2002.

While awards and honours may bring recognition, as well as a certain level of personal satisfaction, more importantly they help bring work. Producers and studios like to work with people who have a track record. Winning has a most enviable record. Going back to the start of his career, with just a couple of low budget features under his belt as well as a small handful of other assignments, he began a long spate of episodic television production. When he was just 27 he was signed to direct Paramount`s Friday the 13th: The Series. More recently he directed the Showtime/Disney Western anthology Dead Man`s Gun, three second-season episodes of the comic book action series Nightman for Tribune, and the pilot and first six episodes of the UPN/FOX series Breaker High. In the summer of 1996 he re-teamed with Michael Ironside and Frederic Forrest for the Universal military thriller One of Our Own.

Track record? His theatrical release, Turbo: A Power Rangers Movie for 20th Century Fox, was the number four top-selling Video in August 1997. He then traveled to Scotland to direct Jason Connery on the made-for-TV movie Merlin, followed by his work with Patrick Duffy and Pam Dawber on the thriller Don’t Look Behind You which premiered to two million viewers on the Fox Family Channel.

Other projects meant he would have to divide his time between features and episodic work on ABC`s Dinotopia, the series Twice in a Lifetime, and Gene Roddenberry’s two sci-fi series Earth: Final Conflict and Andromeda. Winning went on to direct season one of Stargate: Atlantis.

It’s a long, long way from Calgary to the studios of Hollywood, and distant locations like Scotland or Hungary. How do you measure a career that is still in mid-stride? Let’s start with 10 Feature Films, 21 series, 42 international Awards and nine nominations.

As to courage, David Winning is a prime example of being able to step into the lion’s cage time after time only to emerge victorious at the box office, with video and DVD sales, and television audience numbers.