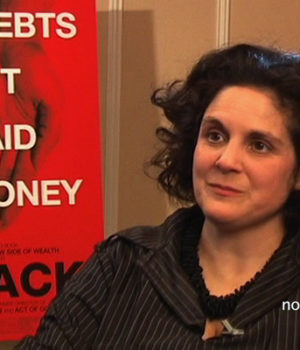 “Canadian feature-length documentaries continue to thrive,” said Carolle Brabant, Telefilm’s Executive Director, “driven especially by projects from women directors, writers and producers. Indeed, it’s heartening to see that, amongst our portfolio, there is parity between women and men documentary filmmakers. These six projects bring a uniquely Canadian perspective and a diversity of voices to issues that concern us all—from the social to the political, from the environmental to the cultural. I’m delighted that the public-private partnership that has existed since 2007 between Telefilm and the Rogers Group of Funds makes it possible for some of Canada’s renowned filmmakers to pursue their creative vision through this genre. To date, the partnership has supported 61 documentaries with a total investment of nearly $12 million.”

Robin Mirsky, Executive Director, Rogers Group of Funds, added: “We continue to be amazed by the endless talent and creativity coming from Canada’s documentary community. We value storytelling and recognize the importance of this rich and diverse Canadian art form. That is why for the past 22 years, Rogers has committed more than $29 million in grants to well over 500 documentary films. We are proud to be long-standing supporters of Canadian documentary filmmakers and of our partnership with Telefilm Canada.”

Following are more details on each project:

Anthropocene is a feature documentary film from the multiple-award winning team of Jennifer Baichwal (pictured above), Edward Burtynsky and Nicholas de Pencier. It marks the third in a trilogy that includes Manufactured Landscapes (2006) and Watermark (2014). The film follows an international group of geologists who want to change the name of our present interglacial epoch, Holocene, to Anthropocene in recognition of human impact. Using high-end production values and cutting-edge camera technologies, we will traverse the globe, go up in the sky, underwater and underground, to document evidence of human planetary domination: from the world’s biggest open-pit mine to the last remaining female northern white rhino, from vast swaths of illegal deforestation in Peru to subterranean salt mines in Siberia. Combining hard science with stunning visual sequences, Anthropocene will mark an historic moment in human history and bring a visceral and unforgettable understanding of our species’ reach and impact.

Multi-award-winning actor/writer/director Gordon Pinsent is one of Canada’s most beloved performers, and after a six-decade-long career, he shows no signs of slowing down. This film will be a gripping new-form documentary featuring Gordon Pinsent reliving his stories at the major crossroads of his life. Filled with humour, passion and complexity, this film by Academy Award-winning filmmaker Brigitte Berman will not only tell the story of Gordon Pinsent, but will tell a universal story about the human condition in a format that makes creative use of state-of-the art digital technology.

My Enemy, My Brother tells the real-life story of two former enemies from the Iran-Iraq War who become blood brothers for life. Zahed, an Iranian child soldier, risked his life to save a wounded Iraqi soldier, Najah, after finding a photo of his wife and child. Thirty years later, they met again by sheer chance in Vancouver. Now, Najah and Zahed embark on an emotional journey back to Iraq to face the ghosts of their past in a region that has endured decades of conflict. Najah searches for his missing wife and child, and Zahed reunites with his family for the last time. As the struggle for peace in Iraq continues, the two friends try and reconcile the sacrifices they made in war with present-day realities.

Winner of 26 international awards, The Corporation was a sensation when it was released in 2003. The film’s central claim—that the institutional character of the publicly traded corporation is akin to that of a human psychopath—hit a nerve. But today, corporations are widely believed to have changed; renewed, socially responsible, often dedicated to philanthropic causes, and ecologically sustainable. Yet, as their influence on societies and governments continues to grow, these “new” corporations are coming under increasing scrutiny. Grassroots movements around the world, spurred on by new forms of political thought and action, are fueling change. The New Corporation asks: Will these trends converge? What would the role of corporations look like in a truly democratic, just and sustainable future?

This feature-length documentary takes us into the world of hang-gliding though the story of Camille, 28, a mental-health worker and doctoral candidate in psychology, and Catherine, 35, a nurse practitioner, who combine their sport with a therapeutic health initiative. The women are unique in that they are two of only three women hang-glider pilots in Quebec—proud representatives of a sport with few adherents. They are known as the “Flying Sisters.”

The feature length documentary film Movements – Louise Lecavalier is built around a series of cinematographic moments that create an intimate and honest portrait of the dancer and choreographer Louise Lecavalier.
It tells the inspiring story of this indomitable creator, who revolutionized dance in the 1980s with choreographer Édouard Lock and who now, at age 57, is seeing her solo career take off on the international scene. For the last 35 years, Louise Lecavalier has drawn from her life experience—its trials, injuries, sadness and joy—to feed her art. The artist, her close friends and collaborators talk openly about some of the events, equally light and somber, that marked the development of an extraordinary artist. Dance, words and music are linked by well-paced editing to create a moving, accessible and informative film in which are mingled interviews and spectacular dance sequences.

Created in 1967, Telefilm is dedicated to the cultural, commercial and industrial success of Canada’s audiovisual industry. The Rogers group of funds offers support to Canadian independent producers through the Rogers Telefund, Rogers Documentary Fund, and Rogers Cable Network Fund.

That Never Happened on CBC documentary