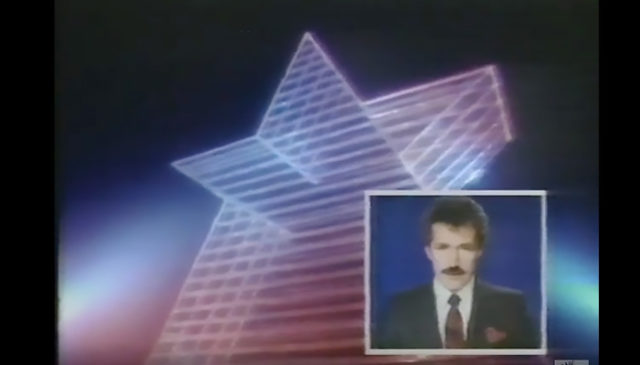 (April 2, 2018 – Toronto, ON) It is my dream to someday be a contestant on Jeopardy. Alas, that is unlikely, because I once had a gig writing jokes for Alex Trebek.

No, that isn’t some form of punishment by the production for being an enabler (as any Jeopardy fan knows, Alex is convinced, against all the video evidence, that he’s a funny guy). It’s simply a conflict of interest because I was a writer on the NHL Awards for three of its years in Toronto (it’s now produced in Las Vegas), and he was a host of one of those.

Though I continued to be a fulltime writer for the Toronto Sun at the time, I had what is these days called a “side hustle” as a writer of award shows. I did those three NHL Awards. I wrote a Gemini Awards (I was nominated for a writing Gemini while writing for the Geminis – Canadian showbiz can be quite a log-rolling exercise). I wrote the National Rock Awards (a national syndicated version of Toronto station Q-107’s Q Rock Awards). I did (and still do) write industry awards for Canadian Music Week.

That represents an awful lot of celebrity interaction, both Canadian and American. But it’s never been a prestige job. Canadian awards shows typically get roundly trashed in reviews. Perhaps no review has ever been as scathing as the Globe and Mail’s take, by TV critic John Doyle, on this year’s Canadian Screen Awards.

”Seriously, is it so hard to even find an outfit that fits the co-host of the big gala? (Murdoch Mysteries’) Jonny Harris spent the night in an ill-fitting, over-large white dinner jacket that looked like something he’d grabbed quickly at Value Village to wear to a cousin’s wedding at some banquet hall out on the highway.”

And all that’s only four paragraphs in.

The Junos, a few weeks later, received kinder reviews. There was warmth over the Barenaked Ladies’ reunion and the tribute to The Tragically Hip’s Gord Downie. Host Michael Bublé even announced on live TV that he and his wife were having a baby. Only the flintiest heart would rain on that parade.

But in the ‘90s on the Geminis, the predictability of bad reviews was such that we even had a pre-written bit within the show where we visited the press room and got slammed while the show was happening. We got good laughs.

Still, my experiences working on Canadian awards shows were priceless. On those Geminis, I got to sit down with Mike Myers and Eugene Levy and collaborate on what they’d say as presenters. Wayne’s World had just come out to a bazillion dollars of box office, so we had Levy pretend he didn’t know about it. (“So, I haven’t seen you in a while, Mike. Ya workin’?”)

My best memory of Alex Trebek as an NHL Awards host was a bit I wrote for him and “player co-host” Doug Gilmour, where Alex asks mid-show how he likes co-hosting. “It’s like playing,” sez The Killer. “You stay within yourself and go out and give 110%.” To which Alex shook his head and said, “That has always bugged me about athletes. It is impossible to give more than 100%.”

“What do you mean?” Gilmour said.

I had Alex put up one hand straight out. “Here’s 100%” He then offered his other hand. “Here’s you.” And in an upward motion, he kept slapping one hand against the other. “You could never go higher than 100%!” To which Gilmour responded. “You could never play for Pat Burns.”

The only reason I mention that lame bit is that Alex so loved it, that he spent the entire day practicing slapping his hands together.

The National Rock Awards were hosted by Weird Al Yankovic and the late Jeff Healey, as odd a pairing as there could be. Both great guys, though. Jeff encouraged me to write blind jokes for him – almost all of which were spiked by the producers, to his annoyance.

My most vivid memory of the event: having to help basically carry then-heavy-drinker David Carradine to his limo at the end of the night. Earlier, during his appearance onstage as a presenter, the star of the Canadian-produced Kung Fu: The Next Generation threw a flying kick at Weird Al that missed his nose by about a millimeter.

The late Leslie Nielsen gave me the single best demonstration of a pro in action as host of the Canadian Radio Music Awards at Canadian Music Week (basically a rookie-of-the-year awards luncheon for new bands, based on airplay).

Nielsen arrived from L.A. late the night before, and I wrote a last-minute monologue for him. This was about 2000, and the premise was that he’d left Canada in the early ‘80s, so his idea of up-and-coming Canadian bands stopped at Martha & The Muffins, Luba and Men Without Hats.

I wasn’t sure it would work, but I got there as he was eating his dessert. He put on his glasses, looked it over, said, “Yep,” and “Uh huh,” a few times as he flipped pages, and finally said, “I get it.” And that was the extent of our exchange.

He then got up onstage with those couple of pages I’d written for him and read them out with unbelievable comic timing, pauses and sublime deadpan, as if he really was oblivious. The audience was screaming. I was proud of having written the instrument he played so beautifully for a simple industry event.

It wasn’t the kind of awards show that ended up getting reviewed in the papers, but if it had and had been panned, I would have written an angry letter to the editor. Of course, that would have been a conflict of interest.