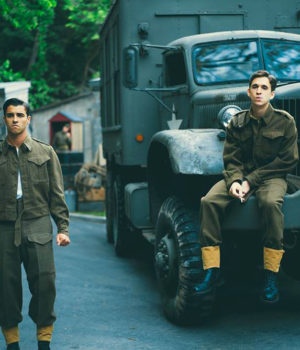 (August 16, 2016) The Montreal World Film Festival holds a number of distinctions. It is the first large city festival in Canada and so its opening marks the start of the unofficial film festival “season” opening just ahead of Toronto, Halifax, Calgary, Edmonton and Vancouver. It was also the target of a shutdown effort in 2014 that failed when the City of Montreal, SODEC and Telefilm withdrew their money and founder and MWFF president Serge Losique proudly, defiantly remains at the helm. It is, without question, the most important film festival in Québec, a province that is home to a large number of successful film festivals and now in its 40th year it is one of the oldest film festivals in Canada.

What makes this year unique is director André Forcier. His film Embrasse-moi comme tu m’aimes (Kiss Me Like a Lover) has been selected to open the 40th anniversary edition and its World Premiere will be the fourth time a Forcier feature has competed in the festival. Forcier previously won a variety of awards for 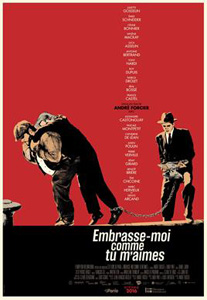 Scripted by Forcier and Linda Pinet, the film was produced by Louis Laverdière and Pinet.
“André Forcier has had a long history with the Festival including as member of the jury in 2006,” noted Losique. “We are happy to be hosting his work again.”

Set in 1940, the Second World War is raging in Europe. In Montreal, Pierre Sauvageau, 22, wants to join the army but he must take care of his twin sister Berthe, paraplegic from birth. This closeness awakens Berthe’s sensuality who tries to seduce her brother. Pierre rejects her advances, but when he falls in love with Marguerite, the girlfriend of his best buddy, he is haunted by the fantasy of his sister. He would like to get rid of it, but the fantasy of Berthe is very persistent.