Home News Back to the Movies in Montreal 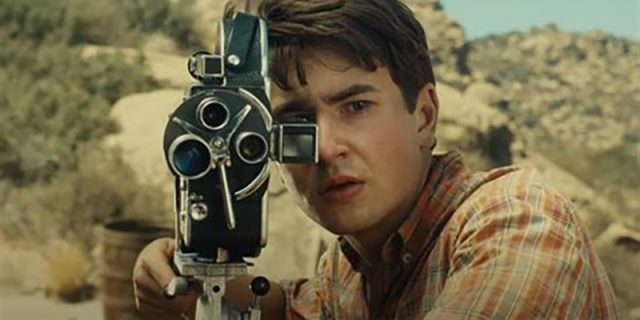 Back to the Movies in Montreal:
The Fabelmans and the Festivals
By Maurie Alioff

(November 29, 2022 – Montréal, QC) As unseasonably warm fall weather reverted to the harbingers of the deep freeze to come, I ventured from the content on my Firestick and on cable into actual movie theatres for the first time in a couple of years. The Cinema Imperial, flagship of the now beyond resuscitation World Film Festival, seemed spectacularly palatial after missing the many screenings and events I was used to. The AMC Forum, which had been re-designed, felt dream-like. Suddenly, I was again mesmerized by a huge screen in the midst of a crowd. Some viewers like the guy next to me were masked, except when they stuffed in popcorn and nachos. The old days were back. 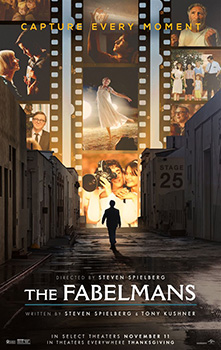 The Montreal premiere of Steven Spielberg’s The Fabelmans drew many invitees, from the media and otherwise. But as I write, the opening weekend box office numbers for Spielberg’s intricately layered, mood-shifting memoir of his family, himself, and his first stirrings as a moviemaker were disappointing.

While calling The Fabelmans “a marvel of a movie,” Variety’s Owen Glieberman speculates that the need to stream and fear of the pandemic in older viewers probably kept people away. But on top of that, the film’s title and the marketing campaign are absurdly misleading. The Fabelmans is not some feel good, sitcom-like picture from a director often prone to sentimentality. It’s a no holds barred, epic-scale depiction of an energetic and talented family disintegrating, teenage Spielberg’s brutalization by bullying antisemites, and, of course, his inexorable attraction to moviemaking and the first signs of brilliance.

Spielberg does not sentimentalize or valorize his urge to make movies. Yes, we see his creative spark getting ignited, and his innovative talent shooting out of nowhere, but we also witness him acting out of trauma, fear, and in a subtle, probably unconscious way, a need for revenge.

The Fabelmans has two major Canadian connections. Sammy Fabelman (teenage Spielberg) is played by Gabriel LaBelle (pictured above), who started acting at the age of 8, debuted on-screen in a 2013 episode of the Canadian TV series Motive, and travelling to Montreal, studied in Concordia University’s drama program. In 2017, LaBelle’s producer father got him the lead in the horror film, Dead Shack. In The Fabelmans, Labelle’s incarnation of the young Spielberg is uncanny.

For Glieberman, LaBelle’s acting is “the most subtle and lived-in performance as a teenage protagonist I’ve seen since…maybe Jean-Pierre Léaud’s in The 400 Blows…LaBelle, like Léaud, shows us the quiet whirrings of the hero’s mind, the internal reactions he won’t say out loud. It might be the best performance by an actor I’ve seen this year.” 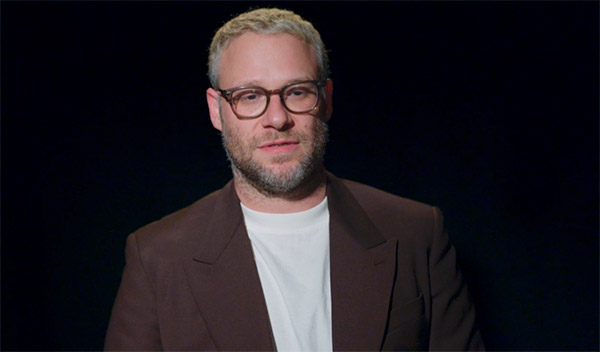 The other Canadian contribution to The Fabelmans is Seth Rogen, who despite his American father, says he identifies more as a far northerner. In Spielberg’s picture, Rogen plays “Uncle” Benny, a family friend who practically lives with the Fabelmans, and it turns out, is infatuated with Sammy’s mother (Michelle Williams). While Uncle Benny likes to joke around and is warmer than Sammy’s techie father (Paul Dano), Rogen’s persona in the movie is light years removed from his characters in Judd Apatow pictures. The bushy hair and beard are replaced by a receding crewcut and an authoritative role that makes him somewhat menacing in Sammy’s eyes.

My other back to a crowded theatre experience was for the launch of the Montreal International Documentary Festival (Rencontres Internationales du Documentaire de Montréal, RIDM). The Imperial was so packed, for the first time ever I was up in the balcony gazing down at the lengthy introductions, the roll call of prestigious Quebec documentarians, the talk about diverse content, and the record number of docs by women.

RIDM, which ended a successful run as I write, opened with a film that meant as much to me as The Fabelmans: Rewind and Play, by the Senegalese-French filmmaker Akain Gomis. The doc zeroes in on jazz genius Thelonious Monk’s 1969 visit to Paris, where he was supposed to be interviewed on the TV show, Jazz Portrait. Somehow, Gomis got hold of outtakes which show a pompous intellectual jazz “expert” utterly failing to get the kind of stereotyped interview he expects. 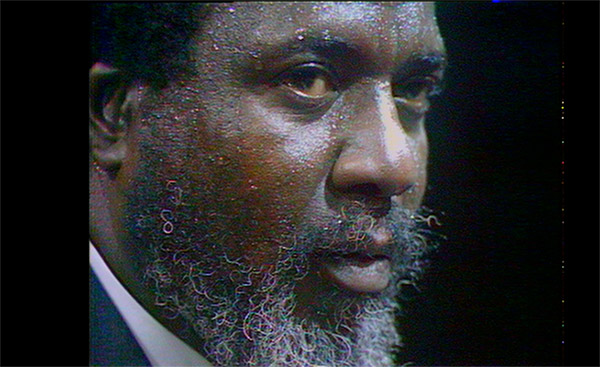 Monk, often in big closeups is gorgeously Pharaonic, calm, and bemused as he shows absolutely no interest in questions like, ‘Thelonious, tell us about your wife Nellie,’ and ‘why as a young man did you keep your piano in the kitchen?’ Answers: My wife is my wife and the mother of my children, the piano was in the kitchen because it was the biggest room in the apartment. Monk smokes and says almost nothing. He is an island in a storm of babbling voices.

Rewind and Play ends with Monk still at the French TV studio piano, playing a few numbers. As if in a trance, he receives messages from somewhere and relays them from his heart to his fingers and beyond. The striding rhythms, the sudden glissandos, the witty dissonance. He constructs an architecture in your mind, an architecture that glows with different colours. I left the Imperial elated, recalling how at age fourteen, I discovered Thelonious Monk’s music. As did Nothernstars publisher Ralph Lucas, who in a poem once wrote,

Thelonious Sphere Monk dig it
Sphere
I got cool, you know? cool”

The other big fall festival, the Montreal Festival of New Cinema (Festival du Nouveau Cinéma) also jumped the COVID hurdle. Julien Fonfrède, veteran programmer for the fest (the Temps 0 section), told me during an interview that the FNC decided not to put the event online. He sees the resurrection of movie theatres as a mission film festivals must take on.

“We need to bring back people in theatres. in terms of interactions, and defending films in theaters. People need to go out, people need to choose films they want to see. if everybody stays at home, there is no hope for the future. We didn’t want to do anything online, on principle.

“Everybody’s complaining,” Fonfrède continues. “People are not going back because of the pandemic and all those platforms, it’s a big problem. Festivals should be part of the solution. But some distributors don’t see that. Everybody needs to work together, the creators, the film festivals, the distributors, to induce the audience to want to see films again.”

As for the current state of the Québec film industry, Fonfrède is not overly optimistic. “Regardless of the pandemic,” he says, “there are too many people who want to make films, and there is not enough money. That’s been happening for the past 10 years, and it’s why I got out of production. At that point, everybody was saying ‘Québec cinéma is the best, we go to the best festivals.’ Xavier Dolan was getting started. Everybody wanted to make films. The older directors were looking for financing. And all the new ones. And the amount of money that’s there doesn’t go up. That’s a big, big problem.”

Another problem for Fonfrède is the big chill on the kinds of movies he has programmed since the days when the FNC had an outlaw sensibility. “Because of the politically correct movement and all those other movements, in the past five years, you don’t see many films that tend to provoke. It’s a worldwide tendency.” Users of social media rant and rave about the sinfulness of such and such a picture. “And then what happens is the institutions that finance cinema are scared. They don’t want to finance anything that is problematic, the big distributors, and the studios, and you’re fucked. However, when you bring a movie to an audience, they are OK. They are not as weak and scared as everybody tells us. But it’s the institutions that finance the films, the public funding, they’re scared of people complaining and then the media saying ‘Oo la la.’ Political correctness is on Facebook, it’s on social media networks, but it’s not in real life, everybody – especially young people – are not as weak as they told you they are.”

Fonfrède, who believes movies should shake you up, not put you to sleep, says he “often looks for sexual content. Films that deal with sex usually provoke. It’s a great means to challenge. I don’t find many films in the past five years like this. That’s a sign of the times. I’m still looking for films that disturb, challenge, bother. But it’s hard. Films are supposed to provoke, even give you a fucked-up experience, that’s what cinema is.”

I’d like to see Wakanda Forever on the big screen, whatever its limitations might be. To stream or not to stream?

Also see: Seth Rogen talks about his role in The Fabelmans.