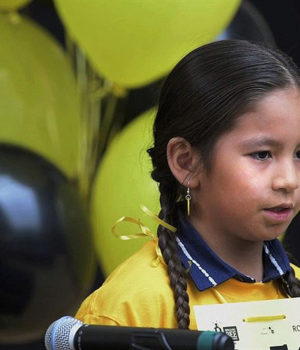 As in years past I remind readers that Northernstars is strictly devoted to Canadian film and television and the people who make the movies and the programs so this is, by design, a narrow focus on a very broad and far-reaching festival. I am pleased that Hot Docs retains its Canadian Spectrum Program, but it should be noted there are many Canadian features that screen in other sections of North America’s most important documentary festival.

The Canadian Spectrum contains a total of 8 shorts and 18 features, 14 of them World Premieres. Not all of these docs are set in Canada but that is a plus because it shows we can, as a nation of filmmakers, find topics and issues that deserve our attention far beyond our borders.

The opening night film, Bee Nation, is a joy to watch (pictured above). This isn’t about the plight of the small, winged, vital insects, but bee as in a quilting bee or in this case a spelling bee. Set in Saskatchewan, this documentary is about the first province-wide First Nations Spelling Bee where winners in their various age categories vie for a chance to compete with Canada’s best at the National Championships in Toronto. While the focus is on the young competitors, writer-director Lana Šlezic broadens her lens to include their families, which allows us a chance to see into the lives of neighbours we generally know nothing about. Turns out we share so much in common, especially when it comes to our kids. Hope, encouragement, support, opportunity. The gentle nudge that gives them the confidence to take the next step and the hug that says any outcome is okay as long as you’ve tried your best. An excellent, feel-good doc to launch this year’s festival. In addition to being the opening gala film, Bee Nation also screens the next day, April 28th and again on May 6th.

If one of the planks in a documentary’s foundation is to teach us something about ourselves or others, every film I was able to see in preview did that and sometimes so much more. A perfect example for me is the film about a man I had somehow missed named Jim Stewart. He literally wrote the book on math and it made him wealthy. He used his money, in part, to build a fabulous home in Toronto’s exclusive Rosedale neighbourhood. A home shaped by his love of music and his desire to share. The architectural masterpiece is called Integral House. The documentary is called Integral Man and it tells a fascinating story of what one person can do to make a difference. This film from director Joseph Clement provides a look into a life and lifestyle the vast majority of us will never inhabit but should allow you to be thankful that it does.

Two films are curious gems. Imagine you’re a producer and someone comes to you and says they want to make a feature-length documentary about people who shine shoes, or maybe about mermaids. Both got made by different people, both are delightful and each in its own way a reminder that quirky is okay and there just may be more quirky people out there than any of us ever realized. In Shiners, directed by Stacey Tenenbaum, we’re quickly disabused of the thought that shoe shiners must be some odd Karma fluke where past bastards get reborn to literally spend their lives at other people’s feet, or in this case, shoes. Not so. Right off the bat, first person up, we learn this shiner had a career in banking and walked away so he could get some control over his own life and destiny. All of the subjects are fascinating and only one, a hard working young woman determined to provide for her poor family comes close to fitting any stereotype you may have of the people in this profession. But even in this case, a tough illustration of what it sometimes takes to survive, teaches us there is dignity in service to others. 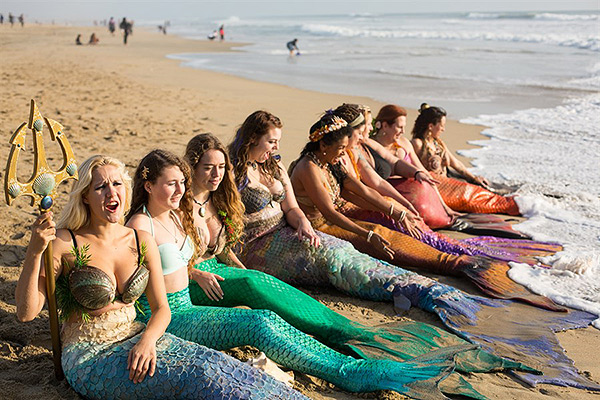 In Mermaids, well, what can I say? If I was interviewing director Ali Weinstein, my first question would be, Where do you find these people? Mermaids is populated by a remarkable cast of characters, some retired professionals who used to perform underwater at a theme park in Florida, and a few otherwise “normal” people (whatever that means) who found that donning a costume helped to transform them in ways they never suspected. Mermaids also proves that documentaries can be enlightening without being heavy. Well worth the 76 minutes, it is paired with the 7-minute short Being Batman from director Ryan Freeman.

There is no short following A Better Man. This doc is a very tough look at a very tough issue. The issue is domestic violence and what makes this a compelling piece of filmmaking is the fact the abused and the abuser are brought together to examine their life together a couple of decades ago. More compelling still is the fact the co-director, Attiya Khan, is the woman who was the young girlfriend taking the beatings. This is an emotionally powerful film and there are scenes that will slap you almost as hard as she must have been. Why the abuser would show up for this very public outing is contained in the film’s title.

One of the Canadian films screening in the International Spectrum is the World Premiere of Bojana Burnac’s My Life Without Air. It’s about deep divers who have trained themselves to hold their breath while they sink to impossible depths and then try to resurface before the oxygen runs out. This is a real death-defying story well worth the 73 minutes.

Part of Hot Docs is the Focus On special. This year the focus is on Maya Callus and includes a retrospective of six of her films, ranging from her early (1991) portrait of Canadian poet Elizabeth Smart to her more recent 2013 film Derby Crazy Love, which visits the aggressive, to put it mildly, world of Roller Derby.

Back in the Canadian Spectrum don’t miss My Enemy, My Brother, from director Ann Shin, which is Shakespearian in its breadth. It is part mystery, part miracle, part history and mainly a quest for an impossible dream. It all plays out between the battlefields of the Iran-Iraq war to today’s Vancouver. I would love to know how she came upon this unique story. 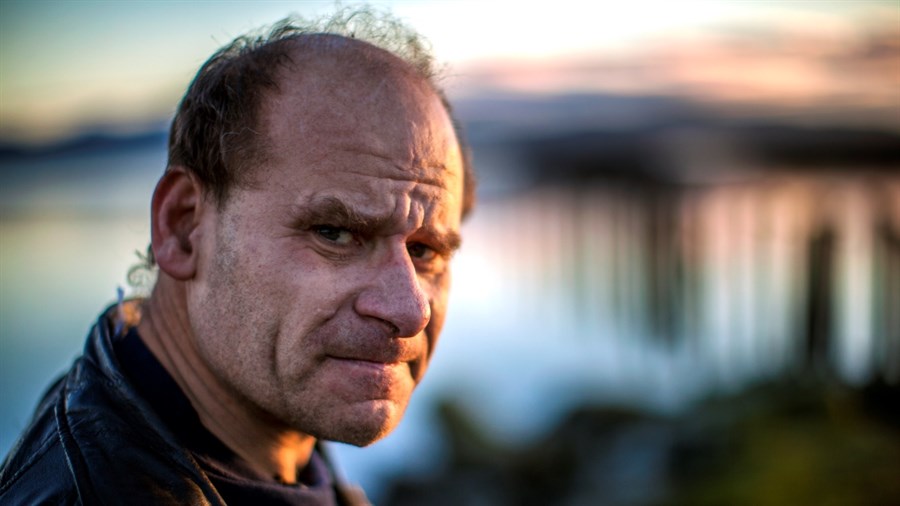 Hope is a follow-up to Alan Zweig’s award-winning feature Hurt. More than 30 years have passed since for one brief shining moment Steve Fonyo made his way across Canada completing a dream started by Terry Fox. Fonyo was 19 at the time and time has not been kind to this fully faded hero. Zweig gets right in his face and what we get to see is startling. While this could have easily been subtitled The Decline and Fall, the fact that it is titled Hope tells you there is more to this doc than just the known facts about a life gone awry.

Finally, The Road Forward from Marie Clements takes the idea of documentary in a refreshing new direction. This is a musical, in the traditional form of all musicals, that knits together documentary elements about Indigenous artists, activists and musicians while at the same time laying down the history of Canada’s first Indigenous newspaper, The Native Voice, the history of the Native Brotherhood of British Columbia, and the Constitution Express, which 50 years later, few alive today remember. Another plank in the platform of documentary expression is its ability to teach without preaching. The Road Forward achieves this ideal brilliantly. This is, by the way, one of the films supported by the National Film Board’s initiative to reach gender equality in its filmmaking programs.

Hot Docs launches its 24th festival with 230 titles from 58 countries in 13 screening programs, with work by female filmmakers representing close to 48 per cent of the official selections. The Canadian International Documentary Festival runs from April 27 to May 7.

Ralph Lucas is the Founder and Publisher of Northernstars.ca. He began writing about film in the mid-1970s in radio in Montreal.