Jasna, a Serbian architect and mother living in Toronto, wants to create a better future for her daughter Nina, but her mental illness proves to be a problem in their relationship. Easy Land marks the feature debut of writer/director Sanja Zivkovic. Updated March 18:
April 17 - Toronto (TIFF Bell Lightbox)

James vs His Future Self

In the sci-fi comedy James vs His Future Self, an uptight time-travelling obsessed young scientist is visited by his nihilistic future self and is told that he needs to give up his dream of becoming the world's first time traveler, or else. Updated: March 23, 2020:
April 3, 2020 - VOD (Video On Demand) iTunes, Bell, Shaw

Things I Do For Money

After taking $20,000 from a horrific crime scene, a young Japanese-Canadian cellist becomes entangled in the criminal underworld his older brother is keen on entering and his parents have worked so hard to shield him from. Things I Do For Money is a BAFTA-winning feature from director Warren P. Sonoda.
Hamilton, ON - April 9th (Theatrical Premiere at The Westdale Theatre)

This is Not a Movie 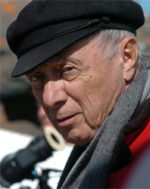