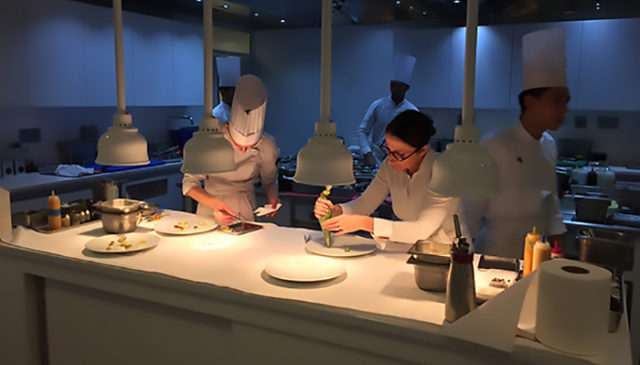 (April 18, 2018 – Toronto, ON) We’re only eight days away from the 25th anniversary edition of the Hot Docs Canadian International Documentary Film Festival. Because of who we are we and the audience we serve, each year around this time we focus on the Canadian films screening at North America’s largest and most important documentary festival. As we have in past years we again praise the festival for maintaining a Canadian section. It’s called Canadian Spectrum and this year it features 17 Canadian feature-length docs, a shorts program with four films in it and five other shorts that will screen with some of the features. But that’s just within the Spectrum program. There is a large number of other Canadian films throughout the festival.

For example, when Hot Docs kicks off on Thursday April 26th, it will be with the World Premiere of the Canadian film The Heat: A Kitchen (R)Evolution. This 75-minute film is the latest from Hot Docs veteran Maya Gallus and is in a section of the festival called Special Presentations. Gallus is a highly talented filmmaker with a string of successes. She won a Gemini Award for Best Direction in a Documentary for her 2007 feature-length film, Girl Inside. It premiered at Hot Docs, launched the 2007 season of The View From Here on TVO and played at festivals worldwide. Her provocative feature-length documentary Erotica: A Journey Into Female Sexuality, premiered at the Toronto International Film Festival and was nominated for a Genie for Best Feature-Length Documentary and for Best Arts Documentary at Hot Docs. The film screened theatrically in Toronto, San Francisco, San Sebastian and Tokyo and was broadcast in Canada, the U.S. and internationally. Her 1991 film, Elizabeth Smart: On The Side of the Angels, which she co-produced, directed and wrote, premiered at the Montreal World Film Festival, and screened at the Toronto International Film Festival. The 60 minute dramatic retelling of the life of the real Elizabeth Smart starred Jackie Burroughs.

The Heat: A Kitchen (R)Evolution focuses on the changing makeup of restaurant kitchens. Once, almost exclusively the territory of the brutal and bullying male chef, The Heat: A Kitchen (R)Evolution takes viewers behind-the-scenes to meet a few of the pioneers who have broke through the glass ceiling, including Anne Sophie Pic of Maison Pic in Valence, France – the only three-Michelin starred female chef in France and one of only a handful in the world, she has been dubbed “the “Queen of French Cuisine”; Angela Hartnett of Murano in London – a beloved UK star and two-Michelin starred chef who survived Gordon Ramsay’s kitchens to become his first female protége; Iron Chef and Top Chef Master Anita Lo, – she led the first all female team to beat an Iron Chef in the U.S. and closes her beloved Greenwich Village restaurant Annisa, after 17 years.

The film also introduces us to the new generation, including award-winning chef and media darling Amanda Cohen of the trendy vegetarian restaurant, Dirt Candy in New York’s Lower East Side; rising star Victoria Blamey, who received critical accolades for her culinary skills at the famed Greenwich Village Chumley’s in New York; Toronto favourite Suzanne Barr of Saturday Dinette, The Gladstone and Kid Chocolate, who is diversifying kitchens one restaurant at a time; renegade Toronto chef Charlotte Langley, who has done away with traditional brick and mortar to host elaborate dinners off the grid, as well as Toronto writer/former line cook Ivy Knight on why she left the industry. Maya Gallus and special guests from the film will be on hand following the Opening Night screening to take part in a Q&A at the Hot Docs Cinema.

The Heat: A Kitchen (R)Evolution will also screen on Saturday, April 28 and Sunday, May 6.

There are 38 films in the Special Presentations section, eight of them are Canadian, including the World Premiere of The Trolley, which we have already covered, and a 25th Anniversary screening of Alanis Obomsawin’s Kanesatake: 270 Years of Resistance. The Trolley has one screening only at the Cinesphere at Ontario Place. Kanesatake: 270 Years of Resistance also has only one screening on Saturday, May 5 at the TIFF Bell Lightbox. In late-breaking news, Hot Docs added the World Premiere of Barry Avrich’s The Reckoning: Hollywood’s Worst Kept Secret to its Special Presentations section.

Just a few highlights from The Canadian Spectrum include the World Premiere of a truly frightening documentary titled The Guardians. Set in the US city of Las Vegas, Toronto filmmaker Billie Mintz delves into the legalized seizure of property, 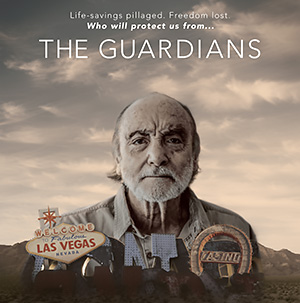 money, bank accounts, wills, in fact the very lives of older people who are hospitalized against their wishes or need in a scheme that is in every way a scam. As one participant in the film states, “If you’re going to retire, do not move to Las Vegas.” At 104 minutes it’s a long film but compelling filmmaking and well worth the time.

OMNI: An Act Against Gravity is a quirky delight. The 80-minute doc looks at the efforts of a young Montreal engineer and inventor to create a fully operational hoverboard. The expression “nothing is easy” comes to mind and this film proves that. It also proves that patience and perseverance pay off.

Anyone who has driven through or flown over the various mountain ranges known collectively as The Rockies inevitably thinks “how did the first peoples and later explorers ever make it through this impossible and beautiful terrain?” This Mountain Life tracks the journey of a 60-year-old mother and her daughter as they spend six months trekking through the Rockies in a 77-minute film from director Grant Baldwin. 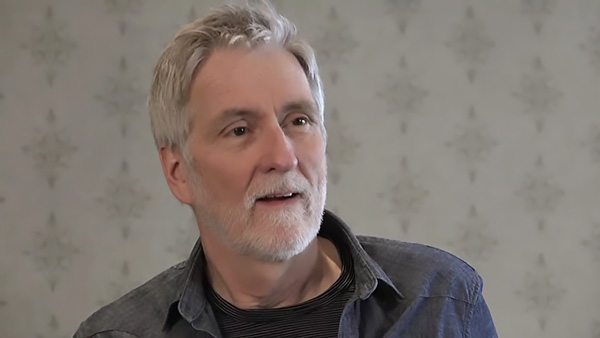 Canadian filmmaker John Walker is the subject of a special Focus at this year’s Hot Docs. We had the pleasure of interviewing Walker in 2016 when his film Quebec My Country Mon Pays screened at the festival. This year he has five of his films screening in the Focus feature. All but one will screen at the TIFF Bell Lightbox. On May 1 it’s his 1989 film Strand: Under the Dark Cloth about renowned photographer Paul Strand. On May 2nd, A Drummer’s Dream will screen at the Scotiabank Theatre. On May 3rd Passage and on May 5th both The Fairy Faith and Men of the Deeps. Walker is one of the best documentarians this country has produced and you should make an effort to see at least one of the films in this important retrospective.

One of the films in Artscape is Canadian. It’s about legendary Canadian rocker Randy Bachman and is titled simply enough, Bachman.

Three of the six films in the Virtual Realty and Interactive section of the festival are Canadian. Anote’s Ark, Holy City VR and Living with Jaguars VR.

There is so much to see and every film on the schedule worthy of your time and attention. As we wrote last month, “This year’s slate of films was gleaned from 3059 submissions, resulting in a schedule of 246 films and 16 interdisciplinary projects from 56 countries in 14 screening programs. Organizers can be justifiably proud of the announcement that female filmmakers represent 50 per cent of the 2018 program.”

The 25th anniversary Hot Docs runs from April 26 to May 6. Enjoy. Click here for more information.