Canadian Films at TJFF
by Staff

(May 8, 2018 – Toronto, ON) With Hot Docs now behind us we can turn our focus on the Toronto Jewish Film Festival (TJFF). There is a slew of Canadian films to see at this festival, which began on May 3rd and continues until the 13th.

Tonight at 8:00 at the Innis Town Hall, TJFF honours the brilliance of the late Steve Shuster with a screening of a rare comedy special produced in 1994. Appearing in the early days of the Canadian stand-up scene of the 1970s, Shuster was greatly admired by his peers. Comedy empresario Mark Breslin said, “While other standups were struggling with making their acts as autobiographical as possible, Shuster was a staunch absurdist with an incredible ability to mimic and skewer pop culture.” Brent Butt is credited with saying that Steve Shuster was “the very definition of a comic’s comic.” Shuster’s comic sensibility is on display in this collection of stand-up, sketches and songs; even his father, famous funnyman Frank Shuster, is in a comedy bit. Titled Comics: Steve Shuster, this 1994 production was directed by Joel Goldberg. Comedian Simon Rake will be at tonight’s screening.

Above the Drowning Sea is a fascinating story of the Jews who fled Nazi Europe and made their way not to the United States or Canada but landed in…Shanghai. The Chinese Consul General in Vienna, at great peril to his own life, issued what were known as Golden Visas, which allowed Jewish refugees to land and stay in Shanghai, a city that was itself in chaos from foreign invasion. Above the Drowning Sea follows the lifelong friendships that developed among the people of Shanghai and the Jews who survived the war, creating new lives for themselves in this safe haven. In the context of today’s refugee crisis, the film is a timely reminder of those who acted so heroically years ago. Narrated by Julianna Margulies, Above the Drowning Sea had its first screening on May 7th. It’s second and last screening will be on May 10 at 6:00pm at the Cineplex Empress Walk. Click here to watch an online interview with directors René Balcer & Nicola Zavaglia. Nicola Zavaglia will be in attendance at the May 10 screening.

There is a specific shorts program of Canadian films titled Oy Canada that screens on May 10th. It’s a new collection of narrative and documentary short films offering an array of diverse relationships, time periods and places that help define the Canadian Jewish experience. Add up the times of the various shorts, this program runs 96-minutes and includes the Canadian Premiere of Adieu My Beloved from Director Susan Shulman. It’s about an 18-year-old Russian Jew who immigrates to Canada in 1900 by boat and writes his beloved a letter. Other films in this program include:

The Blessing. Directed by Shira Newman, this is a Toronto Premiere of a film set in 1904 on an isolated Jewish agricultural settlement in Manitoba. A new mother believes she is possessed by the demon Lilith and must wrestle the dark force within herself.

Another Toronto Premiere is The Law of Averages. Directed by Elizabeth Rose, this film is set in the Quebec countryside during a brutal winter where a woman and her daughter await the death of their family’s matriarch. The Law of Averages is a dark comedy about the unwitting emotional pain mothers and daughters inflict on each other.

Shehita was directed by Dean Gold. Something strange is happening at a Yiddish dairy farm in rural Quebec. Tensions, along with demons from the past, rise as the young farmer, the mashgiach and the local Rabbi try to decide what to do about the mysterious illness infecting the cattle. Featuring a mesmerizing performance by Avi Hoffman. Director Dean Gold will be at the screening.

The World Premiere of The Wonder And Amazement: Rita Briansky On Her Life And Art is part of this shorts program. Co-directed by Dov Okouneff and Janet Best, the focus is on Montreal artist Rita Briansky who has had her paintings displayed in museums across Canada, the United States, Norway and France. Growing up in a small lumber town in Northern Ontario and then in Montreal, Rita was always a loner and non-conformist by nature. Now at 87 years old, while still painting, she imparts her ideas and talent as a teacher to seniors, helping them live more productive lives. Filmmakers Dov Okouneff and Janet Best will be at the screening along with artist Rita Briansky.
This shorts program screens only once, on May 10 at 8:30pm at the Innis Town Hall.

A few quick takes on other Canadian shorts. These will screen as part of presentations of longer films so you might see one or you may not depending on which feature you’re seeing.

Nana is an animated 5-minute short film from director Ali Kellner. In it, Vera Reiner recounts the story of how she survived along with thousands of other women during the Nazi occupation of Austria and Hungary in 1944.

Stitchers: Tapestry of Spirit is having its Toronto Premiere on May 11th and will screen again on May 13. Directed by Tassie Notar, this inspiring documentary is about Toronto artist Temma Gentles’ ambitious project to stitch the entire Torah in needlepoint, and the over 1,000 people in twenty-three countries who are now taking part in it. Tassie Nota is expected at the screenings.

There’s also a great local story about one of those special local characters in the short Bella Did You Eat?: The Story of Judy Perly and the Free Times Cafe. It runs just 14 minutes and is about Toronto business owner, artist, and Vine sensation Judy Perly, who tells her story about the chaos that surrounded building her cafe from the ground up, and the personal and cultural obstacles she has faced, all while gaining viral fame for being herself. Judy Perly will be in attendance when the film screens on May 10 at the Cineplex Empress Walk 9 and again on May 13 at the Hot Docs Ted Rogers Cinema.

Back to some Canadian features at the 2018 TJFF. The Last Goldfish won the Audience Award at the Sydney Film Festival. Directed by Su Goldfish, this 81-minute film looks back in time to to create an emotionally moving journey into her family’s past. From Germany to Trinidad, Australia to Canada, the Goldfish family history is a story of displacement and resettlement. Through a personal archive of home movies and photographs, the director weaves the threads of her father’s life, uncovering surprising revelations along the way, including the fact that her father was married before and that she has half siblings living halfway across the world. The Last Goldfish underscores a universal need to know who we are and where we come from. It has already had one screening and will screen again on May 10 at 3:30PM at the Alliance Française on Spadina.

On May 12, the festival itself takes a step back in time when there will be a screening of the 1988 film, The Outside Chance of Maximillian Glick. This endearing Canadian classic is based on Morley Torgov’s award-winning novel about a Jewish twelve-year-old boy in Beausejour, Manitoba (played by Noam Zylberman) who becomes smitten with Celia Brzjinski (Fairuza Balk), a girl from a Polish family whom he is partnered with in a piano competition. Under the thumb of his strict family, he finds guidance in the town’s newly-arrived Hassidic rabbi (Saul Rubinek). Featuring a wonderful supporting cast that includes Jan Rubes, Aaron Schwartz and Howard Jerome. This 35mm print was made available courtesy of TIFF’s Film Reference Library. This single screening will be at 12:00pm at the Innis Town Hall.

Another archival screening is the Mort Ransen 1990 comedy, Falling Over Backwards. In this endearing dramatic comedy, Mel, a middle-aged school teacher (Saul Rubinek) has split up with his wife and decides to move back to his old Montreal neighbourhood with his divorced father (Paul Soles). They form the perfect odd couple, even as they share a common sadness at their respective dead ends. They are shaken out of their state by the spirited French-Canadian landlady (Julie St-Pierre) who lives upstairs. Mort Ransen and his splendid cast bring these characters to life with a deep understanding of their foibles, frustrations and prejudices. Falling Over Backwards screens at 3:00pm on May 10 at the Innis Town Hall. Paul Soles will be there for this screening.

Two days later another archival selection is scheduled. It’s the 1990 film Today I Am A Fountain Pen from director Herbert Wise. Adapted from Morley Torgov’s award-winning memoir, A Good Place to Come From, it’s about growing up Jewish in Sault Ste. Marie. With a teleplay written by Israel Horovitz, this rarely-screened CBC production focuses on a family that lives above their dry goods store. Ten-year-old Irving Yanover (Allan Levson) has a crush on his family’s Ukrainian housekeeper Annie, played by Hollis McLaren (Outrageous). Meanwhile, Annie is going against the wishes of her father by secretly pursuing a romance with an Italian hockey 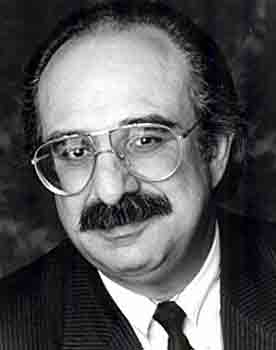 player, a secret she shares only with Irving. Also starring Harvey Atkin, Helen Burns and Sean McCann. The film’s producer, Robert Sherrin will be at the screening on May 12 at 3:00pm at the Innis Town Hall.

Later that same day there’s a collection of short film, television appearances and commercials that make up a program titled Harvey Atkin’s Toronto: A Scrapbook. This 80-minute presentation shows the versatility of the late Harvey Atkin and his connection with his Yiddish roots and other ethnic minorities. Included in this is a selection from CityTV’s Toronto Trilogy in 1984. Titled Neighbours it has Atkin playing Talic, an immigrant from a middle-European country in a comedy about culture clash set in Toronto’s Annex. Predating the Old Jews Telling Jokes phenomenon, Alan Gordon’s TV pilot Now That’s Funny has Harvey and other actors of his generation—Jack Newman, John Stocker, Tom Harvey—exchanging jokes at Yitz’s Deli. Last, The Balcony Affair has Atkin and Anne Anglin playing two elderly strangers who engage in an unusual courtship from the distance of their balconies. This short film collection is sprinkled with some of Atkin’s iconic commercial appearances and other fun surprises. Guests expected to attend this program at 6:00pm on May 12 at the Innis Town Hall are actors Jack Newman and Theresa Tova and Atkin’s agent, Larry Goldhar

Click here for more information and a list of all the films at the 2018 Toronto Jewish Film Festival.

State of Incarceration Tonight on CBC