Home News Canadians and The Emmy 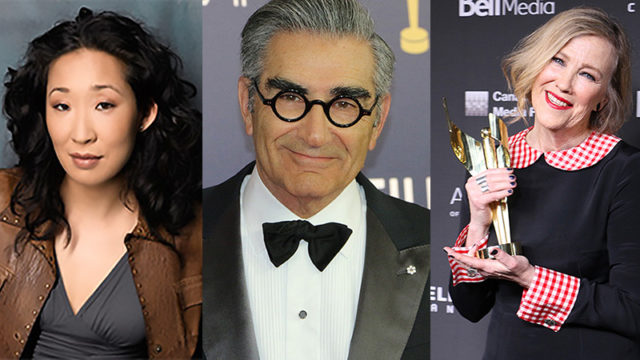 Canadians and The Emmy
by Staff

(July 16, 2019 – Toronto, ON) The nominations for the 71st Primetime Emmy Awards were announced this morning and a few Canadians are on the list. Here are the categories and nominees that include Canadians:

Schitt’s Creek was nominated in the category Outstanding Comedy Series, and is up against Veep, The Marvelous Mrs. Maisel, Barry, The Good Place, Fleabag and Russian Doll.

In the Outstanding Limited Series, Sharp Objects, directed by Jean-Marc Vallée will compete against Chernobyl, Escape at Dannemora, Fosse/Verdon and When They See Us. Sharp Objects picked up a total of eight nominations.

Northernstars joins with others in congratulating all the nominees but we’ll keep our fingers crossed for the Canadian nominees. This year’s Emmy Awards air live on Fox from the Microsoft Theater in Los Angeles on September 22, 2019.

Phantom Carriage with Live Music at VanCity for Halloween