(March 2, 2018 – Toronto, ON) CBC and SundanceTV have announced casting for a new dramatic eight-part mini-series which chronicles the tainted blood scandal beginning in the 1980’s. Titled Unspeakable, the production costars American actor Sarah Wayne Callies (pictured above) and Canadian actors Shawn Doyle (pictured below), Michael Shanks and Camille Sullivan. Production is set to begin this spring in Vancouver for broadcast on CBC in Canada and SundanceTV in the United States.

Created by Robert C. Cooper (Dirk Gently’s Holistic Detective Agency, Stargate SG-1, Stargate: Atlantis) and based on first-person experience and non-fiction books, Bad Blood by Vic Parsons and The Gift of Death by Andre Picard, Unspeakable chronicles the emergence of HIV and Hepatitis C in Canada in the early 1980s and the tragedy that resulted after thousands of people were infected by tainted blood. One of the largest medical disasters in Canadian history, the blood scandal triggered a federal inquiry and precedent-setting lawsuit resulting in billions of dollars in compensation to victims.

“First and foremost, the series is about the emotional impact this terrible tragedy had,” said Robert C. Cooper, creator and executive producer. “I couldn’t be more thrilled to have such incredibly talented people committed to bringing our lead characters to life.”

Sarah Wayne Callies made an indelible impression on audiences worldwide by bringing complex and unique female characters to life on screen. She was recently seen in National Geographic’s mini-series The Long Road Home, opposite Michael Kelly, Kate Bosworth, Jason Ritter, and Noel Fisher. She also currently stars on USA’s drama series Colony, opposite Josh Holloway. She also recently appeared in Warner Brothers’ action-packed Into the Storm, directed by Steven Quale.

Shawn Doyle can be seen on TV starring opposite Jason Momoa in Netflix’s Frontier. He was last seen in theatres starring 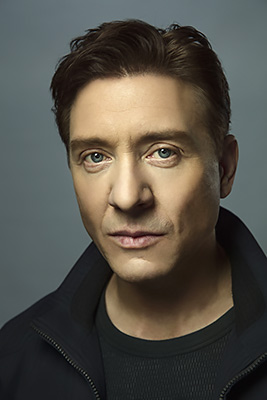 opposite Joanne Kelley and Jason Priestley in the independent film Away From Here, directed by Justin Simms. Doyle also starred in season three of the Emmy® nominated Netflix series House of Cards, as well as season one of Fargo and USA’s Covert Affairs. Shawn starred opposite Tatiana Maslany in the Sundance hit Grown Up Movie Star, and played “Joey” (Bill Paxton’s unlucky brother) in the critically acclaimed HBO show Big Love.

Camille Sullivan is an award-winning Canadian actress. Most recently, she was nominated for a 2018 Canadian Screen Award for her work on the mini-series The Disappearance. Sullivan has twice been nominated for Gemini Awards: once for her portrayal in the series lead role of Amy Lynch on Shattered, and then again for her portrayal of Francine Reardon in Chris Haddock’s Intelligence for CBC. Sullivan costarred opposite Gabrielle Rose in the heartbreaking film Birdwatcher for which she was given a UBCP/ACTRA Best Actress Award. Her performance in Normal brought her a Leo Award for Best Actress in a Feature Length Film.

Unspeakable is produced by Mezo Entertainment, with Cooper and Meridian Artists’ Glenn Cockburn serving as executive producers. The series is a passion project for Cooper, who himself was a victim, having contracted Hepatitis C from tainted blood. The series is written by Cooper, Carl Binder, Adriana Capozzi and Lynn Coady, with Cooper and Callies set to direct episodes.

AMC Studios will manage worldwide distribution outside of Canada.