Home News Cineplex: The Little Company That Could 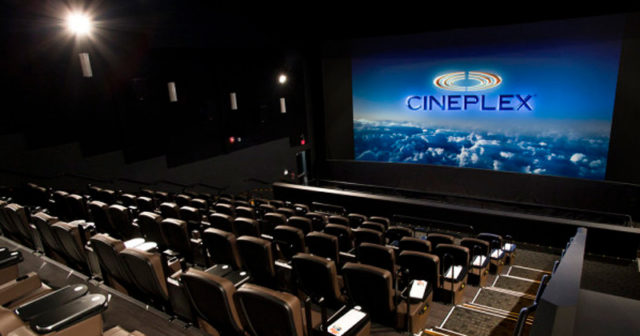 Cineplex: The Little Company That Could
By Wyndham Wise

(December 27, 2019 – Toronto, ON) Just months after the 40th anniversary of the opening of the first Cineplex multi-theatre complex in Toronto’s Eaton Centre in the fall of 1979, Cineworld of Great Britain announced it is buying the company for $2.8 billion CND, subject to federal regulatory approval. The Cinewold Group is the world’s second largest cinema chain with over 9,500 screens across 10 countries. It’s the largest cinema operator in the U.K. and Ireland and now the largest in North America.

The origins of Cineplex can be traced back 85 years to 1934 when Toronto-born pioneering independent film exhibitor / distributor / producer / publisher Nat Taylor (1906–2004) founded 20th Century Theatres. Over the years it became the third largest exhibition chain in Ontario; however, well behind the national chains of U.S.-owned Famous Players and British-owned Odeon Theatres. By 1941, he operated 17 theatres and in addition was hired by Famous to operate 25 of theirs in order to keep him from linking up with Odeon. 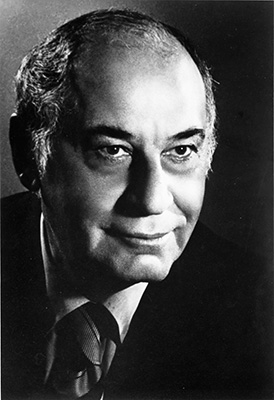 He built one of the world’s first multi-screen theatres in Ottawa at his Elgin Theatre.  The Elgin’s second screen opened in 1947, adjacent to the original 1935 theatre. At first, the same program played in both auditoriums but several years later Taylor came up with the idea of selling tickets to different movies from the same box office, laying claim as the first to do so. He also opened one of the first movie theatres in a shopping mall, the dual-screen at Yorkdale Plaza in suburban Toronto in 1964. By the 1970s Taylor had sold all but a few of his 20th Century Theatres to Famous Players, holding on to a few at prime locations such as the upscale Towne Cinema on Bloor Street East at Yonge (now gone) and the New Yorker (Yonge at Charles Street, now a live theatre) in Toronto. Then he started a second chain from scratch in partnership with Garth Drabinsky, an energetic young Toronto entertainment lawyer and aspiring producer, co-founding Cineplex Cinemas.

Although Taylor had pioneered the idea of multi-theatre locations as early as 1948, the new site, with 18 screening rooms, was much more ambitious than anything he had previously built. In order to distinguish the Eaton Centre location, Taylor coined the name ‘Cineplex,’ an abbreviation of cinema complex, and the company was born. The Eaton Centre theatres were small and played 16-mm specialty films, European art films and Hollywood second runs. When the multiplex first opened its doors, the major American distribution companies limited the access to their first-run films to the two largest national chains.

Competitors failed to take Cineplex seriously at first. The consensus in the industry was that Drabinsky and Taylor would be lucky to last six months. Yet Drabinsky was a canny lawyer and aggressive businessman. He never gave up on breaking the tight grip Famous and Odeon had on the exhibition market, and in 1983 Cineplex received a hearing before the Restrictive Trade Practices Commission in Ottawa. Just hours before the hearing began, the six major American distributors issued a joint statement saying they would change their practices and ensure competition in the distribution and exhibition of films in Canada. Odeon and Famous Players had been accused of operating as a duopoly and choking off the film supply so smaller theatres could not show first-run films.  With the fabled Bronfman family of Montreal as a major investor, Cineplex bought the Odeon chain to become Cineplex Odeon in 1984.

Drabinsky launched a major buying spree in the U.S., setting up Cineplex to become the second-largest theatrical chain in North America. His ambitions, however, went beyond operating a large number of screens. He adopted a two-pronged approach that involved both the restoration of old theatres and the introduction of smaller theatres in locations such as shopping malls. This combination of luxury and variety changed the movie-going experience and halted the decline in attendance that had become pronounced in the 1970s. He spent millions of dollars refurbishing run-down theatre complexes and in some cases painstakingly restoring historical landmarks. Art Deco motifs, plush seating, state-of-the-art sound equipment, and cappuccino bars revolutionized the way North Americans thought of the cinema experience. Even Drabinsky’s rivals admit that he forced the standard of service and appearance in the industry to rise.

In 1986 Drabinsky sold 49 per cent of Cineplex Odeon to MCA Inc., the parent company of Universal Studios, effectively putting Cineplex under American control. In 1989 he attempted to buy back his company from the American investors in a side deal with the Bronfman family but lost in a much-publicized corporate struggle with MCA who demanded whatever buy-back deal Drabinsky was negotiating with the Bronfmans should be offered to all the shareholders equally. With a great deal of high drama, Drabinsky was ultimately unable to secure the financing to close the deal. In December 1989 the era of Cineplex’s wild leveraged expansion came to an end when he was forced out of the company. His golden parachute included a generous cash settlement and the Imperial Theatre on Yonge Street (which he converted into the upscale Pentages Theatre, the venue’s original name) and the Canadian rights to The Phantom of Opera. This led to a second career as CEO of the Live Entertainment Corporation of Canada. Livent, as it was known, quickly became the largest live-entertainment company in North America. (His third career was inmate in the Beaver Creek Institute, Ontario, for fraud and forgery following the dissolution of Livent in the late 1990s and the discovery of “accounting irregularities” in the company books. He was released in 2014.)

In 1998, the chain of U.S. and Canadian Cineplex Odeon theatres was bought by the Japanese communications giant Sony. In turn, Onex Corporation, a Canadian holding company, acquired Loews Cineplex from Sony in 2002. It sold Loews, the American parent, but kept the Canadian theatres. A year later, Cineplex Odeon merged with Galaxy Entertainment (a company created in 1999 by two former Cineplex executives) to create Cineplex Galaxy. The new company acquired Famous Players Canadian Corporation for $500 million from its U.S. parent Viacom in 2004, effectively bringing an end to a legendary business rivalry dating back 60 years. The Federal Competition Bureau required Cineplex to divest itself of 34 theatres from B.C. to Ontario.

Through its operating subsidiary Cineplex Entertainment LP, at the point of sale Cineplex operated 165 theatres across Canada. It also owned and operated multiple brands for in-house entertainment and restaurants and the Scene Loyalty program in conjunction with Scotiabank. Cineworld offered to pay $1.65 billion US for the company and funded the remainder of the purchase with debt financing. Combined with its ownership of the 564-location Regal Cinemas chain in U.S. (which it acquired in 2018), the sale will make Cineworld the largest cinema chain in North America. The company stated that Cineplex’s operations were to be integrated with those of Regal, and that it planned to reach $120 million in cost efficiencies and revenue synergies (including the adoption of a subscription service scheme similar to Regal and Cineworld) by the end of fiscal year 2020.

Cineplex, at 1,700 screens, is a relatively minor player compared to Cineworld. In an industry in which streaming services are weaning studios off their dependence on cinemas, joining a corporate giant such as Cineworld is seen as a good move for the company. Cinemas have been struggling to hold on to their right to screen films exclusively for several months before they’re shown on other platforms. With studios such as Disney running their own streaming services, the pressure to shrink the theatrical window will grow. Across the Cineworld cinemas there are currently seven different ways in which viewers can watch a movie: 2D, 3D, 4DX, IMAX, Superscreen, VIP and ScreenX. The 4DX experience includes seats that move while you get blasted with air, light and other things that are designed to make you forget you’re actually sitting in a cinema.

As director Martin Scorsese (Taxi Driver, Raging Bull, The Irishman) perceptively put it recently, the movie-going experience has become more like attending a theme park, complete with arcades, flashing lights, food stalls, in-seat service, and movies that more resemble video games and thrill rides. Cineplex has to move aggressively in this direction if it wants to survive in the fiercely competitive business of putting bums in cinema seats.