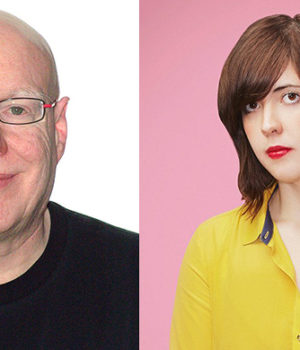 The Rogers-DOC Luminary Award, supported by the Rogers Group of Funds, is presented to an individual who embodies the creative spirit of the Canadian documentary tradition and supports the next generation of doc-makers through mentorship. 2015 winner Marc Glassman has been recognized for his support of documentary as an arts journalist, editor, film programmer, teacher and cultural impresario. Marc’s positions include the editor-in-chief of POV Magazine and the first film programmer for the Hot Docs International Documentary Festival and Reel Canada. Marc is also an Adjunct Professor at Ryerson University’s Documentary Media programme.

“I’m thrilled to have been chosen for the Rogers-DOC Luminary Award,” said Glassman. “Documentaries are making a massive impact on Canada’s diverse cultures and societies– and in many countries around the globe. As a writer, teacher and programmer, it continues to be my pleasure to advocate and provide contexts for some of the finest docs made here and elsewhere.”

The DOC Vanguard Award is presented to an emerging or mid-career professional, who demonstrates a keen artistic sensibility and forward thinking approach to the craft, with the potential to lead the next generation of doc-makers. 2015 winner Chelsea McMullan’s films have premiered at Sundance, the Toronto International Film Festival and the New York Photography Festival. Her first feature film, My Prairie Home, is a musical documentary portrait of gender-neutral 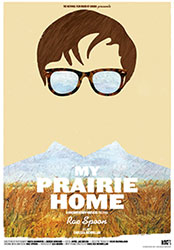 “It is a huge honour to receive this award,” said McMullan. “It’s great that the DOC institute is throwing a spotlight on young documentary filmmakers working in the vanguard as it can sometimes feel like you’re toiling away in the shadows. I think new voices are going to challenge the documentary form and push it into uncharted territory.”

“The DOC Institute provides professional development which is so important, particularly for the success of early career filmmakers, like Chelsea. The Honours are an extension of our commitment and we’re looking forward to following her career as she continues to be an important creative voice in the genre.” said Lalita Krishna, Co-chair of DOC Toronto.

The 2015 Honours will be presented at a ceremony December 10 at the DOC Institute Honours Celebration at the Gladstone Hotel in Toronto.

The DOC Institute Honours are selected by a jury from nominations submitted by members of the Documentary Organization of Canada, an association of 650 filmmakers, craftspeople, and production companies from across the country. The Honours was first held in 2014, with awards presented to Elizabeth Klinck and Brett Story.