(May 31, 2019 – Toronto, ON) The documentary Gordon Lightfoot: If You Could Read My Mind opens in theatres across Canada throughout June – fittingly in places often ignored in Canadian movie release schedules, like Cobourg, Waterloo, Sudbury and Saskatoon.

I heartily recommend the film if Gordon Lightfoot means anything to you. And judging by the clicks I received on a review I wrote after its debut at the Hot Docs film festival, Lightfoot fans are legion.

But there’s a few minutes devoted to my personal favourite memory of Orillia’s favourite son (all apologies to Stephen Leacock fans). It’s a scene from the Mariposa Folk Festival in 1972 at the Toronto Islands, the highlight of my first visit to Toronto when I was 14. 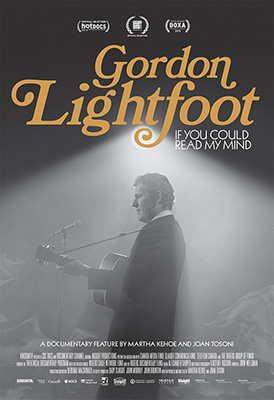 It was an event whose biggest name was supposed to be Bruce Cockburn, and which was suddenly the scene of surprise performances by Joni Mitchell and Neil Young (with a refusal by organizers to allow a visiting Bob Dylan on stage for fear of a riot – which almost happened anyway, just from Bob walking about). As word spread, security became busy on the shores intercepting people who tried to crash the event by canoe or rowboat.

And while Neil Young was onstage for a couple of acoustic renditions of songs from his new album Harvest, Gord pulled out his guitar and gave a pop-up performance on a picnic table for passersby.

Author/musician Dave Bidini wrote an entire partly-fictionalized book, Writing Gordon Lightfoot, about that event (and devoted a page to my own experiences). I was admittedly torn between Young’s amplified performance and Lightfoot’s less-seen one al fresco under a tree. Life should be full of those kinds of choices.

My older brother and sister were both fans of folk music, and so I’d been hearing Lightfoot songs like Ribbon of Darkness, For Loving Me and Early Morning Rain for years.

But within a year after seeing and hearing Lightfoot up close, I was teaching myself a repertoire of songs on guitar and soon playing, in public, stuff I’d learned off the radio: Sundown, The Wreck of the Edmund Fitzgerald (I was living in Thunder Bay, after all, where huge, rugged “lakers” ruled the waterfront) and, yes, If You Could Read My Mind.

By the time I was 18, Thunder Bay Parks & Recreation hired me to teach adult beginner guitar courses, and I was preaching the gospel of Gord to people learning their first chords.

Years would pass. As the doc recounts, Lightfoot – arguably Canada’s biggest international star – would handle fame mostly badly. His drinking became prodigious and probably torpedoed his success as an L.A.-based record label star. He practically fell down at a U.K. concert and unceremoniously told Anne Murray to go away when she showed up backstage at a Canadian show to say hi.

During this period, I’d graduated from Ryerson Journalism to a job as an entertainment writer at the Ottawa Citizen, and was assigned to review a Lightfoot concert at the National Arts Centre. If I said it was a 45-minute set, I’d be generous. And he somehow managed to put all his hits into a medley that got him off the stage even faster. From the seats, this was the fan’s view of the valley in Gordon Lightfoot’s career arc.

A few years later, now working at the Toronto Sun, I was offered the first of a couple of interviews I ended up doing with Lightfoot over the years (one of them was in support of the rehab clinic Renascent House, for which he’d become a celebrity spokesperson). Based on the less-than-fan-friendly performance I’d seen at the NAC, I was kind of dreading that first conversation (notwithstanding the fact that it never bodes well to interview a personal idol).
Happily, Lightfoot turned out to be jovial, cooperative, self-effacing and focused. “In 1982, I stopped drinking,” he said. “I haven’t been without sin, but to be in a state of sobriety is quite an experience. Let me tell you, have things ever improved! The tuning improved, the traveling was easier and everything was great.”

He could still needle people. On his induction into Canadian Music Week’s Canadian Radio Music Hall of Fame in 2012, Canadian Idol winner Kalan Porter serenaded him with a cover of If You Could Read My Mind and forgot some lyrics, which Lightfoot pointedly mentioned in his acceptance speech.

And he still wasn’t an open book. He refused offers to tell his story (Bidini’s book was, like others to that point, unauthorized). And then, perhaps mindful of his legacy, he changed his mind and allowed veteran music journalist Nicholas Jennings into his world to write the 2017 biography Lightfoot. Shortly after its publication, he said yes to long-time Juno producers and co-directors Martha Kehoe and Joan Tosoni’s request to allow cameras into his Bridle Path home and talk. 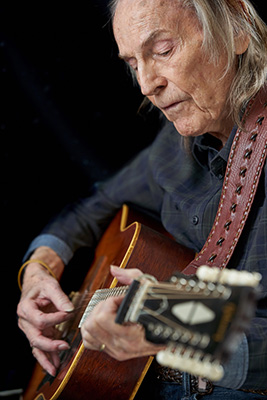 When If You Could Read My Mind debuted, I was at the after-show party where Cowboy Junkies’ Margo Timmins sang The Way I Feel and Gord and the Good Brothers teamed up for a rendition of Alberta Bound.

I chatted for a bit at the party with Murray McLauchlan (who was also at Mariposa in ’72) about his pal. He remarked that he’s seen Lightfoot more prolific and energetic in his life (his singing voice is not what it was, but he is 80), but that he’s never been funnier and seemingly more at peace with himself.

Lightfoot is performing another tour (US through the summer, Canada in November), and it’s not unreasonable to treat it as a last chance to see and hear a Canadian treasure.

Failing that, a screening of Gordon Lightfoot: If You Could Read My Mind is the best way to remember everything he brought us.

Elwy Yost: A Life in Movies on TVO