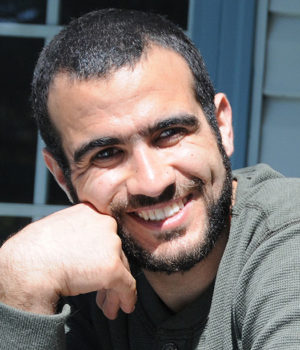 (July 22, 2016 – Toronto, ON) White Pine Pictures has announced that their documentary feature, Guantanamo’s Child: Omar Khadr has been nominated for an Emmy Award in the category Outstanding Coverage of a Current News Story – Long Form. The nominations for the 37th Annual News and Documentary Emmys were announced earlier today by The National Academy of Television Arts & Sciences (NATAS). The awards will be presented September 21st, 2016 at Jazz at Lincoln Center’s Frederick P Rose Hall in New York City. The documentary’s crew are the only Canadians nominated for an Emmy this year.

Directed by award-winning filmmaker Patrick Reed and co-directed by the Toronto Star’s National Security Reporter and author Michelle Shephard, Guantanamo’s Child: Omar Khadr is an intimate portrait of how a teenager from a Toronto suburb ended up being at the centre of one of the first U.S. war crimes trials since the prosecution of Nazi commanders in the 1940s and the only juvenile ever tried.

The film is Executive Produced by award-winning filmmaker Peter Raymont, president of White Pine Pictures, producer/director of the Emmy award-winning documentary Shake Hands With the Devil: The Journey of Romeo Dallaire.

Based in part on Michelle Shephard’s authoritative book Guantanamo’s Child: The Untold Story of Omar Khadr, the documentary spans Khadr’s life from his childhood spent traveling between a Canadian suburb and Peshawar at the height of the jihad against the Soviets, into Afghanistan and the homes of al Qaeda’s elite, into the notorious U.S. 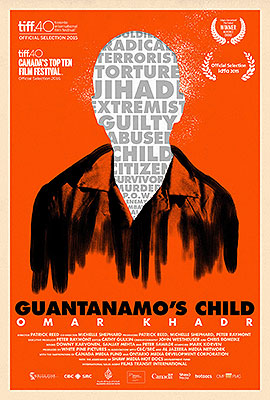 prisons at Bagram and Guantanamo and back again to Canada.

Since its World Premiere at the 2015 Toronto International Film Festival, Guantanamo’s Child: Omar Khadr has screened at festivals worldwide, has been released theatrically across Canada, and has won 6 awards (the film is currently nominated for Best Editing and Best Documentary by the Directors Guild of Canada).‎ It was first broadcast by the CBC and SRC in June, 2015, leading off their new documentary “First Hand” program. It was also broadcast by The Al Jazeera Media Networks in the U.S. and internationally.

Director/Producer Patrick Reed has directed and collaborated on several award-winning documentaries for White Pine Pictures. Many of Reed’s films explore human rights issues, following compelling characters as they struggle with the past and present. One of his first assignments at White Pine was researching and PM-ing Shake Hands With The Devil: The Journey of Roméo Dallaire, which was honoured with the Audience Award at the 2006 Sundance Film Festival and the Emmy for Best Documentary in 2007. In 2012 Reed directed the follow-up film Fight Like Soldiers, Die Like Children, which followed General Dallaire on his new mission to eradicate the use of child solders.

Co-Director/Michelle Shephard has spent more than a decade as the Toronto Star’s National Security reporter, traveling the world, from the streets of Mogadishu, and Sanaa, to the mountains of Waziristan, through the corridors of power, making more than two dozen trips to the world’s most infamous jail in Guantanamo Bay. Shephard has collaborated on various documentaries including her role as an associate producer on the Oscar-nominated and Peabody Award-winning documentary Under Fire: Journalists in Combat. She is the 2015/2016 recipient of the Atkinson Fellowship and is spending a year investigating the Islamic State and “Generation 9/11.”

Headed by award-winning filmmaker, Peter Raymont, White Pine Pictures is an independent Canadian film, television, and new media production company that has produced over 100 films. White Pine is also the producer of the award-winning TV drama series The Border (38 episodes), and Cracked (21 episodes) created for the CBC and sold worldwide including France, Germany, and the USA.